Chris Froome is just 109.5 kilometers away from greatness. After holding off a serious charge from his main competition to maintain his yellow jersey at the end of the grueling mountain stages, the Brit is now well on course toward clinching his second Tour de France victory in three years.

As the Champs-Élysées beckons at the conclusion of another terrific Tour de France, let’s take a quick look at the final stage and how it all shakes out.

Meanwhile, find out how golf’s upcoming tournament, the Quicken Loans National, shakes out with our complete tournament preview and sleeper picks.

[sc:Other240banner ]Cycling fans who want to witness the 21st and final stage of the Tour de France live can do so on Sunday as NBC Sports Network’s coverage will begin at 3:00 PM ET. Fans can also enjoy the action in their own mobile devices with the NBC Sports Tour de France Live mobile app.

The 2015 Tour de France concludes tomorrow with the traditional parade through Paris. The riders will make their way from Sèvres to Paris before finishing with the 10-lap circuit around the Champs-Élysées, marking the 40th time in history that the Tour concludes at the famous boulevard. The stage is often a showcase for the field’s best sprinters, so look for riders such as Andre Greipel, Mark Cavendish and Peter Sagan to all vie for the prestigious stage win.

Create a betting account now and start winning on all the top sporting events in the world. 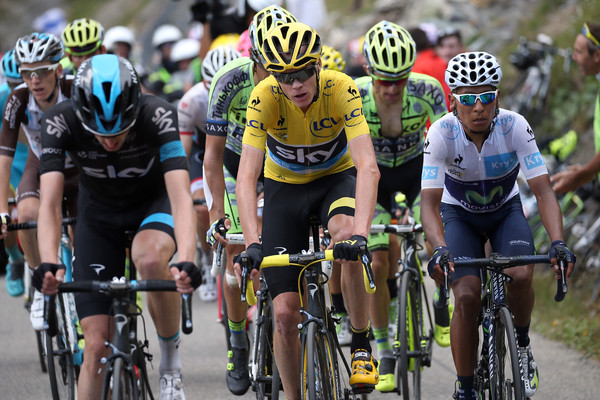 Barring an epic collapse in the mostly ceremonial final stage, Stage 21 figures to be Chris Froome’s victory procession. Despite finishing one minute and 20 seconds behind Nairo Quintana, who gave a valiant pursuit effort late in Stage 20, the Brit still owns the yellow jacket with a one-minute, 12-second cushion over his nearest rival.

Quintana promised to attack Froome in the mountains, and attack he did. The Colombian shaved two minutes off Froome’s lead in the general classification over the last two stages, but still has a significant deficit to overcome in the final stage. With third-place rider Alejandro Valverde five-and-a-half minutes behind Froome, Quintana will pose the only realistic threat to take the Brit’s yellow jacket in the Tour’s final 109.5 kilometers.

Froome holds on to win the Tour de France, Quintana follows to finish second, while Valverde rounds out the podium at a distant third.