It’s that time again, let’s take a look at the two biggest games in sports this evening. Let’s start things out with the hot-at-home Los Angeles Galaxy hosting the San Jose Earthquakes. Then work our way into a battle of division leaders, the Los Angeles Dodgers taking on the Washington Nationals.

Read on for our a quick peek and preview of both tilts. While you’re at it, don’t forget to take a look at few other big games in the bigs tonight with the Orioles visiting Detroit and the Royals doubleheader in Chicago.

Out of their two games in 2015, San Jose and Los Angeles are split at one win a piece. However, Los Angeles’ victory came during an Open Cup game so San Jose actually has the angle there up 1-0 during MLS regular season play.[sc:Other240banner ]

That’s pretty much where the edge ends for the Quakes though. Los Angeles is 8-2-1 at the StubHub center with their pair of losses each coming against Canadian teams.

Against teams of US descent, they’ve been stellar on their own pitch and have outscored their opponents 14-1 over their last three home games.

For a more extensive break down of the match check out our full game preview here. 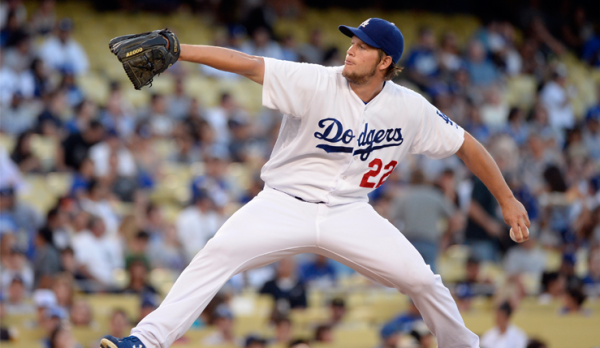 In the battle of the division leaders, both hills are going to be heavy. Former NL Cy Young winner Clayton Kershaw (6-6) will look to get his Dodgers off to a great start to the back half of the season against Jordan Zimmerman (8-5) of the Nats.

Both slingers were hot and cold in the front half of the year, however Kershaw just tossed a 13-strikeout shutout gem in his last appearance on July 8th in Philadelphia.

LA hasn’t been the best by a long shot on the road this season with an 18-22 record away from Dodger Stadium. Their bats have been on all year though, as they lead the NL in home runs by a landslide (their 113 round trippers leads Colorado by 16) and their bats will be fresh coming off a five day break.

Dodgers win 6-2. Create a betting account now and get in on tonight’s action!