Both the Brooklyn Nets and the Portland Trail Blazers are looking to avoid falling behind 0-2 in their respective series in what should be two excellent games on Thursday night. However, evening the ledger will be a tall order for both teams, as the Miami Heat and the San Antonio Spurs seem to have fully switched into Playoffs mode.

Create a betting account now and pick which among these four teams playing tonight will come out as winners and read on for quick hits on each of these big games. Or fill out this NBA Playoff survey and get $5.

Even though the Brooklyn Nets lost Game 1, coach Jason Kidd and his players are confident they can even the series before heading back to Brooklyn for Game 3.

[sc:NBA240banner ]Eager to go up 2-0 in the series, the Miami Heat should be ready to the changes the Nets might employ in Game 2. The trio of LeBron James, Dwyane Wade, and Chris Bosh are going to be the pillars for the Heat, but guys like Ray Allen, Shane Battier, and Mario Chalmers will also play significant supporting roles to their stars. The Heat are 3-1 ATS in last four games. For a more thorough breakdown of this game, you can read our Game 2 preview between the Nets and the Heat.

The Heat will win straight up and cover +8.

The Portland Trail Blazers quickly found out what it’s like to play the San Antonio Spurs in the Playoffs. Aside from succumbing to San Antonio’s defense, Portland was also beaten at its own game as the Spurs scored almost at will. The Trail Blazers are 7-3 ATS in their last 10 road games. 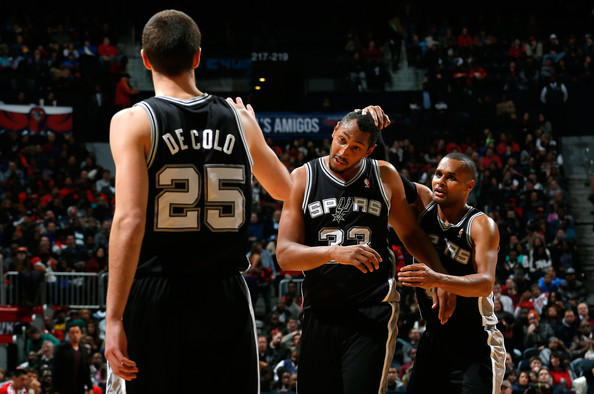 The league’s No.1 scoring bench of the Spurs came to life in Game 1 and confounded the helpless Trail Blazers. Tonight, San Antonio will undeniably expect the same kind of scoring production from their relievers when their starters take a breather. The Spurs have a 3-0 SU record in their last three home games against Portland.

Want more on this game? Check out our comprehensive Game 3 preview here.