Former World No. 1 Caroline Wozniacki is just one win away from returning to the U.S. Open final in Flushing Meadows. She meets the unheralded Shuai Peng in the Chinese tennis player’s first taste of a Grand Slam semifinal. Who among the two will come out on top to stand opposite Serena Williams or Ekaterina Makarova in the final?

Wozniacki has so far proven to be the high-value pick we anticipated in our U.S. Open Women’s preview. Can she go even further or will this be the end of the line? Read on for more on this exciting U.S. Open women’s semifinal clash.

World No. 11 Caroline Wozniacki has performed over the last two rounds of the U.S. Open more like the No. 1-ranked player she was just a couple years ago. After enduring her toughest test of the tournament in a fourth round victory over No. 5-seed Maria Sharapova in three sets, 6-3, 2-6, 6-2, the 10th-seeded Wozniacki was absolutely dominant in a 6-0, 6-1 win over Sara Errani in the quarterfinal.

Wozniacki’s service game hasn’t been as dominant, though. Her serve has been broken in each of her first five matches so far, even against lesser opponents. But with her return game, she is still very capable of breaking back herself.

Wozniacki has the upper hand over her next opponent, Shuai Peng, in terms of their career head-to-head. They’ve met seven times, including twice last year on hardcourt, with Wozniacki emerging victorious in the last five encounters.

Create a betting account now and cash in on all the exciting women’s tennis action. 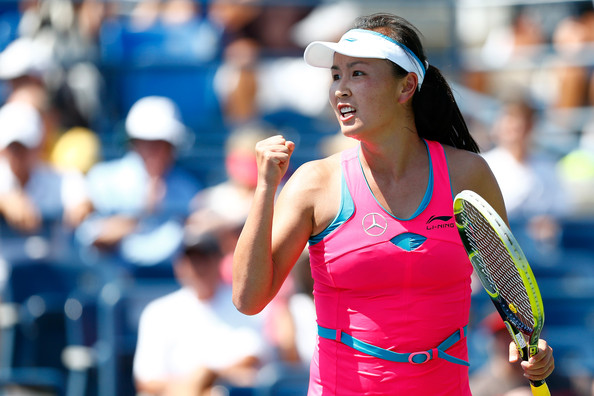 Known more as a terrific doubles player, Shuai Peng has finally broken through as a big-time singles competitor with a terrific run at this year’s U.S. Open. The 28-year old Chinese reached her very first Grand Slam semifinal with a straightforward 6-2, 6-1 victory over teenager Belinda Bencic in the quarters.

Peng has now won 10 out of a possible 10 sets in the tournament, and also claimed straight-sets wins over established veterans in Agnieszka Radwanska and Lucie Safarova en route to the semis.

In her quarterfinal tie against the 17-year old Bencic, Peng dominated her services games by winning 33 out of a possible 47 points. Peng’s service has been so spot on that she has not been broken even once in her last three matches.

But the key to a possible victory over the high-flying Wozniacki will be to break the Dane’s serve. Peng did just that – twice in fact – in their latest meeting back in 2013. The Chinese had been playing well, and even took the first set, but was unfortunately forced to retire midway through the second set due to injury.

Wozniacki (-360) works her savvy returns past Peng and books her return to the final in straight sets.