Martin Truex Jr. struck the first blow in the 2017 NASCAR Cup playoffs with a thrilling victory at last week’s Tales of the Turtles 400 race. Action now shifts to New Hampshire Motor Speedway for the ISM Connect 300. Who will emerge victorious in Week 2 of the playoffs? Read on below as we break down the favorites, sleepers and long shots for this weekend’s race.

Momentum is definitely with Martin Truex Jr. who’s coming off his fifth win of the season last weekend at Chicagoland. He comes into New Hampshire either leading or ranked second in a number of categories thus far this campaign. Truex is tops in victories (five), top 10s (18), laps led (1,723), average start (6.78), stage wins (18), stage points (359) and playoff points (58). The Trenton native will fancy his chances this weekend as he has led more than 120 laps in the last three races at New Hampshire.

One guy who can stop Martin Truex Jr. this weekend is Kyle Busch. He loves racing at New Hampshire, racking up seven top-10s in nine starts here, including five finishes of third or better. Busch should have won at Chicagoland last week but pit road mistakes derailed his chances. Look for Busch to make amends at New Hampshire where he led for 95 laps last July. 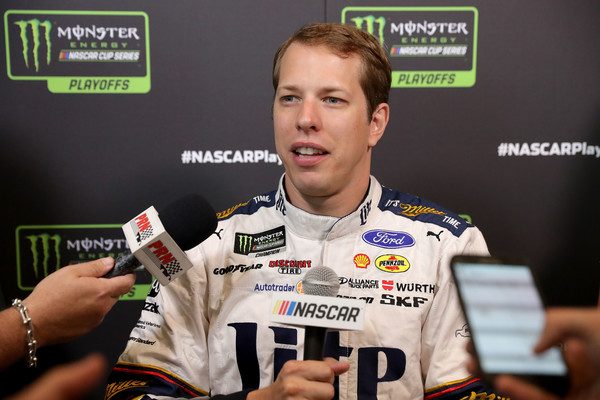 Looking for a worthy sleeper this week? How about Brad Keselowski? He has been the model of consistency in this race track, finishing in the top 15 in each of his last 12 starts at New Hampshire. Keselowski has nine top-10s during that span, including six top-5s. He finished sixth at Chicagoland last week.

Another guy who loves racing at New Hampshire is Matt Kenseth. Since joining Joe Gibbs Racing, he has notched eight top-10s in nine starts here, including three victories. He definitely knows his way around this race track, finishing in the top-5 in each of his last four New Hampshire starts. Kenseth finished ninth at Chicagoland last week.

One long shot who can definitely spring a surprise this week is Ricky Stenhouse Jr. Yes, Stenhouse has finished outside the top-10 in each of his last 10 races but he definitely has the know-how to tame New Hampshire. He has racked up three top-15s in his last four starts in this race track.

Create a betting account now to start placing stakes on all the fast-paced NASCAR Cup Series postseason action this instant!