With several weeks of baseball on the books, it’s time to check out our MLB World Series odds page and evaluate which teams’ stock has risen or fallen in since the season began.

The LA Dodgers and the Detroit Tigers are unsurprisingly the favorites from each league to win the World Series. The surprises though, come in the form of the San Francisco Giants and the Milwaukee Brewers, who are off to great starts.

[sc:MLB240banner ]The preseason favorite LA Dodgers still have the lowest price in the odds to win the World Series at+550, despite the continued absence of Clayton Kershaw. Zack Greinke has been worth every penny of his $17 million salary this season, as he is undefeated with a 3-0 win-loss record and a 2.76 ERA.

Greinke’s strong start isn’t exactly a surprise. At least not in the same level of amazement Dan Haren is evoking. Haren has been instrumental in keeping the rotation strong while Kershaw is out. The Dodgers’ offseason pickup has a 2-0 record and a team-leading 2.04 ERA.

If the Miami Marlins could string up wins early this season (before finally running out of luck and falling off a cliff), then you could cut the Detroit Tigers some slack for losing four of six games, including twice against the San Diego Padres, who outscored them 13-3 in a recent series. Regardless, the Tigers still hold the top spot in the AL Central and are second to the Dodgers with a price of +700 to win it all this season.

Ryan Braun and the rest of the Milwaukee Brewers are basking in the overwhelmingly strong start their pitching staff has put together, which is currently the best in the majors in ERA (2.25) and third overall in opposing teams’ batting average (.211). Before losing back-to-back to the St. Louis Cardinals, the Brewers were on the verge of lining up 10 straight wins.

Milwaukee’s 10-4 slate is the best in baseball and if Kyle Lohse and crew sustain their performance, then watch out for their price. One more hot stretch and the Brewers could see their +2,000 price go even lower – it has already dropped from +5,000 back in February. Still, +2,000 means that a $20 bet on the Brewers to win the World Series would pay $400, and that ain’t bad. If you’re interested in betting this Brew crew, join Top Bet today and grab value on Milwaukee and your first deposit with our 50% bonus. 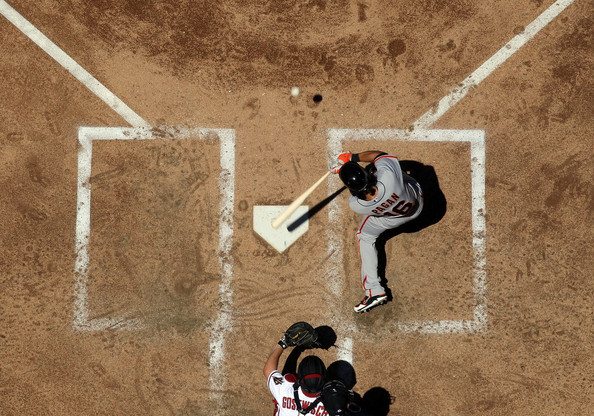 For all the talk about how great the Dodgers are, they are accompanied in first place in the NL West by their rivals, the San Francisco Giants. The Giants, who are pegged at +1,400 to win their third World Series since 2010, zoomed to a 6-1 start and are currently tied with the Dodgers at 9-5. Angel Pagan has a lot to do with the San Francisco’s surprising surge. The Giants’ leadoff batter is currently fifth in the NL with a .386 batting average.

Pitching has been the Giants’ secret to success over the past few seasons, but the rotation has struggled early. Once the pitching staff gets its groove, the Giants are going to give the Dodgers a run for their money in the division. Bruce Bochy’s crew are +250 to win the NL West.