After getting embarrassed at home by the New York Rangers, the Philadelphia Flyers look to regroup in Game 4, as their season hangs in the balance. Can Scott Hartnell and company tie the series at 2-2?

In Game 3, the Rangers looked splendid in the first quarter as they raced off to an early 2-1 lead. A major reason why New York has been great in the postseason is because of Brad Richards, who leads the team in the Playoffs with three points, one goal, and two assists.

Though the Rangers have been scoring better lately, only one of their last 10 games has gone over the line. Furthermore, though New York was triumphant in Game 3, they had only 23 shots on goal, compared to Philadelphia, which had 32.

New York would also be wise to avoid committing more penalties. In Game 3, their team had six of them, resulting to 12 penalty minutes.

Dating back to 2011, New York has been the dominant team against Philadelphia, going 15-5 SU in that span. 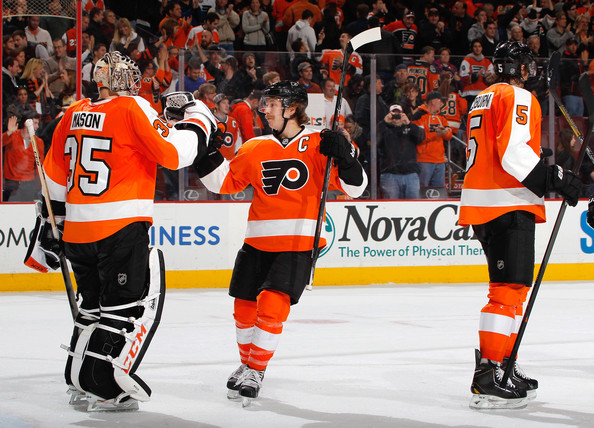 In order for the Flyers to tie the series, they must do a better job of stopping New York from scoring. However, they won’t accomplish that until they decide on which goalie to start.

Ray Emery was great filling in for the injured Steve Mason in Game 2, but struggled profoundly in Game 3. Nevertheless, signs point to Mason playing in the upcoming matchup, which is a good thing for Flyers bettors.

In Mason’s last 20 starts, Philadelphia has gone 14-6 SU. Furthermore, 13 of those games have gone over the line.

Philly will also need more from Claude Giroux, who has only one point and one assist in the Playoffs. If he can return to form while Scott Hartnell (two points, two assists) continues to play tremendous, then the Flyers may tie the series.

With Mason back in tow and a feeling of desperation present, the Flyers will likely pull out a close victory over the Rangers.