The Open Championships return to Royal Troon Golf Club for the ninth time on July 14-17, 2016. Americans have won the illustrious major the last six times it has been held at the Old Course. Will the likes of Jordan Spieth continue this peculiar trend for the Yanks, or can another nationality finally reclaim the Claret Jug?

Let’s check out the familiar favorites to win the major, as well as a couple more golfers with longer odds who can crash the party in Scotland. Meanwhile, check out our early odds updates on the other two remaining majors: the US Open and the PGA Championship.

Spieth had a rough go of it in his first two trips to the links courses of the British Open in 2013 (he finished T44) and 2014 (T36). But he finally got the hang of things last year, when he finished T4 at St. Andrews.

This year, Spieth will be one of the top favorites to add the British Open to his growing collection of majors, and rightly so. He so very nearly added a third major at the Masters, but for a horrendous quadruple bogey at the back nine during the fourth round.

McIlroy is expected to be Spieth’s main challenger at Royal Troon. The Northern Irishman claimed the British Open – the third of four career majors – back in 2014 at Royal Liverpool. However, he was unable to defend his crown last year after he was sidelined with an ankle injury. Well, he’s been healthy so far this season, and despite being winless, he did have a good T10 finish at the Masters.

Aside from his Open title, McIlroy also showcased his chops at a links-style course by finishing in the top-10 of last year’s U.S. Open, which was held at Chambers Bay.

The British Open is the one major that has consistently given Jason Day problems. He didn’t finish inside the top 30 in each of his four starts in the major. However, he finally seemed to solve some of his problems last year when he finished T4 at St. Andrews.

Day is expected to be priced just a notch below Spieth and McIlroy, but with his ability to consistently raise his game in majors – he has 11 top-10 finishes in 22 career major starts – he is every bit the contender. 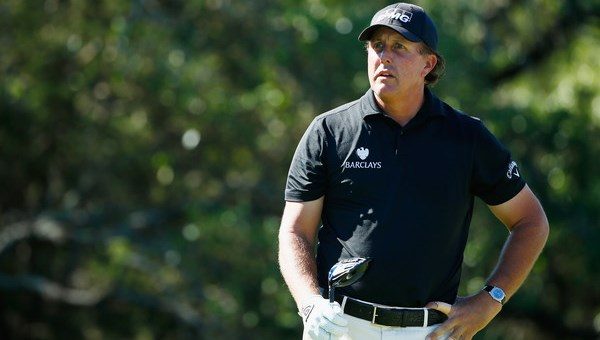 The last time Royal Troon hosted the British Open back in 2004, Phil Mickelson came up with his best ever performance at that particular major (at the time) by finishing third. It took him seven more years to reach that same level again, but after finishing T2 in 2011, he finally won The Open in 2013. Lefty’s always a popular pick with the casual fans, but he should still offer decent value to win with his price range.

Just one spot ahead of Mickelson in 2004 was Ernie Els. Despite being the big favorite that year, the Big Easy came just short of victory in a playoff. It’s been 12 years since then and Els is hardly the dominant force he was when he had eight top-10 Open finishes from 2000 to 2009.

However, Els is only four years removed from his last British Open win at Royal Lytham & St Annes in 2012, so he shouldn’t be completely ruled out as a potential long shot to win a third Claret Jug.