Week 1 of the 2015-16 NCAA Football Season is here, and it promises plenty of fantastic matchups. There are plenty of college football games currently on the docket for the first week of the season, but we list the top 10 games that you cannot miss below. Read on as we break down the 10 hottest matchups for Week 1 of the college football season.

Get everything you need to know heading into the 2015-16 season. Check out the experts’ picks for Week 1 as well as our very own college football power rankings.

The No. 1 Ohio State Buckeyes should win their season-opening game at Virginia Tech, but 13 points may be too much to cover against the Hokies. Virginia Tech is a tough out at Lane Stadium, going 5-1 against the spread as home underdogs since 2003. The Hokies also managed to beat the defending national champions, 35-21, on the road last season.

[sc:NCAA240banner ]The Buckeyes will be entering this game short on manpower. Defensive end Joey Bosa, backup running backs Jalin Marshall and Dontre Wilson, and wide receivers Corey Smith Noah Brown are all injured. Heisman Trophy favorite Ezekiel Elliott should still be solid, though, after rushing for 1,878 yards and 18 touchdowns last season, while J.T. Barrett or Cardale Jones should be comfortable behind a solid offensive line. 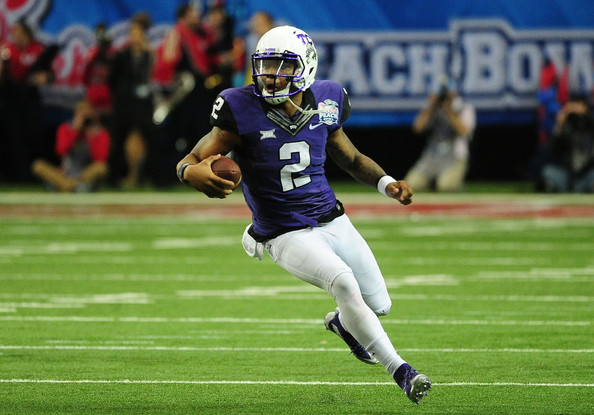 The No. 2 TCU Horned Frogs are ready to take out their frustrations of missing the College Football Playoff last season. They take on a very tough home team in the Minnesota Golden Gophers. The Gophers won five of six home games last season, with their only loss coming against Ohio State by seven points. Minnesota has a couple of strong cornerbacks in Eric Murray and Briean Boddy-Calhoun, who could keep TCU’s passing offense honest.

The Gophers won’t have running back David Cobb anymore, though, who ran for 1,600 yards last season. The Horned Frogs also happen to have one of the nation’s best offenses led by Heisman contender Trevone Boykin at quarterback. Boykin trashed the Minnesota defense by racking up 330 all-purpose yards and two touchdowns last year.

Writer’s prediction: It’s going to be a blowout. The Horned Frogs cover -17.

No. 3 Alabama is a terror to behold for non-conference opponents. The Tide have led the nation in average margin of victory over non-conference opponents (30.9) since 2009. Alabama has a former five-star recruit in Derrick Henry taking over at quarterback, while ArDarius Stewart takes over as the No. 1 wide receiver after Amari Cooper’s departure to enter the NFL.

Despite Alabama having to start with plenty of new talent, they should still be able to get past a No. 20 Wisconsin Badgers side missing a strong passing game. Wisconsin quarterback Joel Stave was highly inconsistent last season, making just 53.4 percent of his passes with 10 interceptions in 10 games.

Like TCU, No. 4 Baylor also missed out on the College Football Playoff despite losing just one game and becoming a Big 12 co-champion last season. The Bears will be geared up to release their frustrations on a hapless SMU Mustangs side. The Bears have won their past six regular season non-conference games by an average of 56.2 points per game.

Writer’s prediction: Linwood rushes for 200 yards as he leads the bears to a 50-point blowout victory, covering the -36 spread. 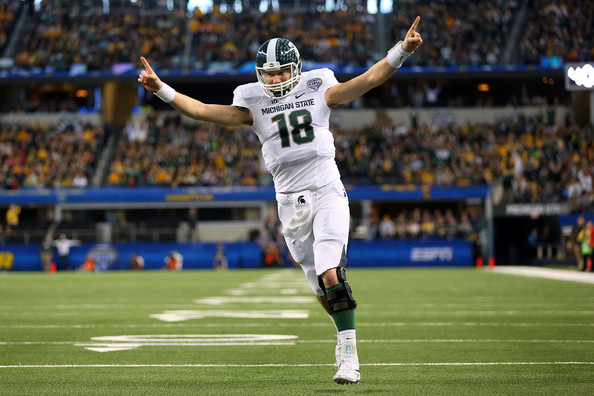 The No. 5 Michigan State Spartans are due for a big year ahead behind Heisman contending quarterback Connor Cook. The senior has passed for over 6,000 yards and 46 touchdowns over the past two seasons as the starter. He’ll benefit from having a dominant red zone target in tight end Josiah Price, who has 584 yards receiving and 10 scores in his collegiate career.

The Spartans’ Cook-Price dynamic should be challenged by All-MAC cornerback Ronald Zamort, though. Zamort tied for the MAC lead with 17 pass breakups last season and led Western Michigan with four interceptions.

Create a betting account now and brace yourself for a big college football season.

Nick Marshall is gone, which puts junior Jeremy Johnson under center for the No. 6 Auburn Tigers. Johnson has completed 57 of 78 pass attempts for 858 yards with nine touchdowns and two interceptions in his career. Standing at 6-foot-5 and weighing 240 pounds, Johnson has the makings to be a physical dual threat quarterback for the Tigers.

Johnson has a tough defense to dissect in the Louisville Cardinals. Louisville finished sixth in the nation in total defense last season, allowing 308.5 yards per game. But the Cardinals’ offense may struggle to keep up with Auburn’s. Louisville has yet to announce a starting quarterback with Will Gardener, Kyle Bolin and Reggie Bonnafon still making cases for themselves.

Writer’s prediction: The game will be tighter than expected. Auburn barely covers -10.5. 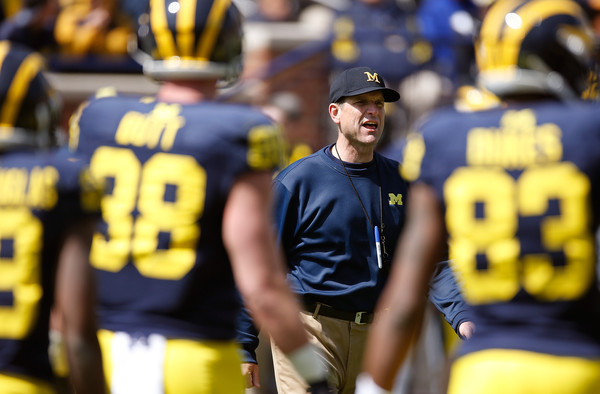 And so the Jim Harbaugh era begins in Michigan. Harbaugh resurrected a paltry Stanford Cardinal team to a national contender with a 12-1 record in 2010. The Cardinal won the Orange Bowl that year and finished with a No. 4 ranking in the AP poll. A defensive-minded coach, it’ll be interesting to see what improvements Harbaugh has done to a Michigan defense which produced just 10 turnovers (third-worst in the nation) last season.

Michigan’s road to a winning season gets is off to a rough start as it’s set to face the Utah Utes, winners of seven straight season openers. The Utes have senior running back Devontae Booker leading the offense after rushing for 1,512 yards and 10 touchdowns last season. Booker even led the Pac-12 with 815 yards after contact last year.

Writer’s prediction: Michigan causes some upsets this season, but it won’t come this early. Utah wins and covers -4.5.

The No. 15 Arizona State Sun Devils open their season as underdogs. They’re up for the upset with senior quarterback Mike Bercovici starting. Bercovici was excellent through the Sun Devils’ toughest stretch last season, going against UCLA, USC and Stanford. He threw for 1,243 yards and nine touchdowns, including a five-touchdown performance at USC and completing 70 percent of his passes against Stanford.

The Texas A&M Aggies start sophomore Kyle Allen at quarterback. He’ll have some excellent receivers at his disposal, led by Josh Reynolds, who caught a school record 13 touchdowns last year. The Aggies should also be solid on the other side of the ball with pass rusher Myles Garrett, who set the SEC freshman record for sacks in a season (11.5) last year.

We’re due for some fireworks when the Texas Longhorns take on the Notre Dame Fighting Irish for their season opener. The Irish may be starting with a new quarterback under center, but Malik Zaire was quite solid in his limited time on the field last season. Zaire passed for 266 yards and a touchdown and rushed for 187 more yards with two scores.

Junior quarterback Tyrone Swoopes starts for the Longhorns, but he was quite inconsistent last season. He passed for 2,409 yards and 13 touchdowns, but also threw 11 interceptions.

Writer’s prediction: Solid quarterback play leads the Irish to a victory, but the Longhorns fight their way to cover +10.

A lot of people are high on the No. 25 Tennessee Volunteers this season. They’re led by a promising quarterback in Joshua Dobbs, who threw 17 touchdowns in winning five of the team’s last seven games last season. He’ll have plenty of weapons at his disposal, with Marquez North and Von Pearson combining for nine touchdowns last season.

Tennessee will have a tough time covering the 21-point spread against another explosive offense in the Bowling Green Falcons. The Falcons can grind out long drives with a pair of excellent running backs in Travis Greene and Fred Coppet. Greene has rushed for almost 2,600 yards and 26 total touchdowns in the past two years, while Coppet ran for 764 yards and six touchdowns last year.