Six grueling stages remain in this year’s Tour de France. The remaining stages also happen to be some of the more exciting parts of the race with steep climbs and downhill challenges waiting for the riders. Thus far in the tour, 2013 champion Chris Froome has been a step ahead of the pack. But rising challengers in Nairo Quintana and Tejay Van Garderen could steal his thunder should he make even just one mistake.

Can Froome remain ahead of the pack as the tour heads to the dangerous French Alps? Read on as we take a look at the final stretch of the Tour de France. If you’re up for some more high-speed action, check out our complete preview for the Formula One 2015 Hungarian Grand Prix.

[sc:Other240banner ]The Tour de France will be telecast live on NBC Sports Network. Cycling enthusiasts and sports fans across the country could catch a glimpse of the remaining five stages of the Tour de France live in the early mornings of the next few days.

The Stage 17 race officially starts just outside the town center at Les Dieyes with several climbs along the way to a race-high altitude of 7,380 feet. The biggest test of the stage comes in the descent of the Col d’Allos, which comes just before the finish line at Pra Loup.

Stage 18 is another mountainous race starting from Gap and ending at Saint-Jean-de-Maurienne. The race runs 186.5 km (116 mi) long with several steep climbs to challenge the racers. An intermediate sprint in Riouperoux is also included before beginning the biggest climb of the day, a 21.7 km (13.5 mi) Hors categorie climb of Col du Glandon.

Stage 19 begins at Saint-Jean-de-Maurienne featuring several climbs as well as an intermediate sprint heading north. The stage travels south and almost brings the racers back to their starting point before beginning the final climb of 18 kilometers west to the finish line at La Toussuire.

Looking to profit from the biggest sporting events in the world? Create a betting account now and win big on heart-thumping sports action.

Team Sky yellow jersey holder, Chris Froome, is ahead of everyone in the Tour de France. It was a rather dull stage for most of the day in Stage 16 before contenders exploded in the final half hour attempting to cut into Froome’s lead.

Despite a surge from defending champion Vincenzo Nibali, Alberto Contador and Alejandro Valverde, Froome was able to finish without losing any time to any of his major rivals except Nibali, who is seven minutes and 49 seconds behind the leader. Froome has the best power-weight ratio in the race, meaning that if he can maintain a pace just below his limit, it’ll still be slightly better his own rivals. 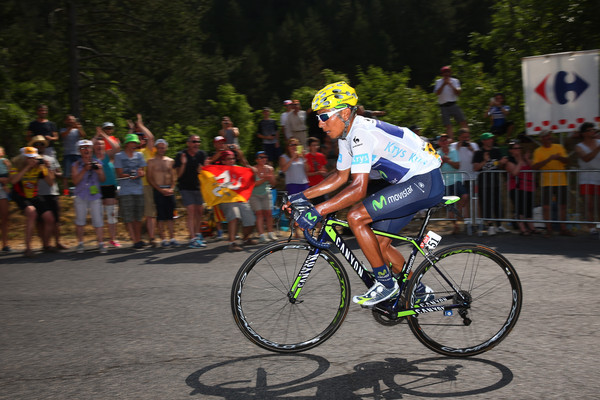 Nairo Quintana of Movistar may be the man to beat Froome this late into the Tour de France. The tour enters the vaunted Alps; Quinatana’s natural territory as the best climber in the peloton. The Colombian rider is currently second in the yellow jersey standings, trailing Froome by three minutes and 10 seconds. A few measured attacks from Quintana could help him cut into Froome’s lead in the upcoming Stage 17.

Alberto Contador tried to chip into Froome’s lead in the final sprint of Stage 16. But the yellow jersey leader was having none of it, brushing aside Contador’s burst. Contador is currently fifth in the yellow jersey standings, trailing Froome by four minutes and 23 seconds. He’ll have to mount a big attack just for a chance to get ahead of Froome. 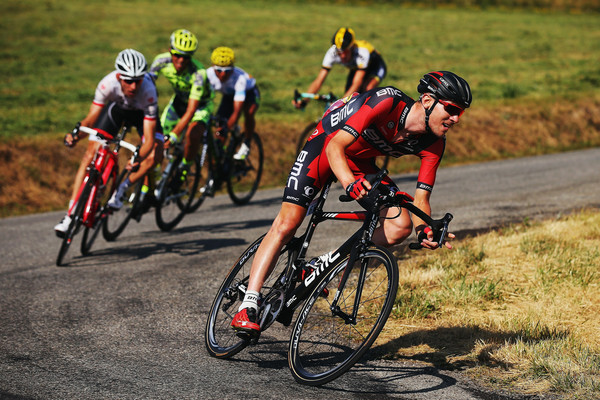 Once again cycling is becoming popular stateside thanks to Tejay Van Garderen. The American rider is one of the most consistent all-around racers on tour. He’s kept good position in the pack, while having a strong team to support him.

Van Garderen hasn’t lost time on his bad days in the Tour de France, unlike other past winners like Contador and Nibali. He’s currently third in the yellow jersey standings behind by three minutes and 32 seconds. A few attacks along the way should help him secure a podium finish in Paris.