Some great hard court action is on tap this week with the 2017 WTA Rogers Cup about to host a number of top women’s players around the globe. Let’s check on some of the big names entered in this prestigious event.

Karolina Pliskova will make her 2017 summer hardcourt debut at the Rogers Cup, where she will make her first appearance as the new world no. 1. Since winning her first Premier 5 title at the Western & Southern Open last summer, Pliskova has been one of the best players on hardcourts. She finished runner-up at last year’s US Open before nabbing titles at the Brisbane International and Qatar Total Open. The 25-year-old will kick off her Rogers Cup campaign against the winner of the Anastasia Pavlyuchenkova-Alizé Cornet matchup.

If there’s one person, however, who can stop Pliskova on her tracks, it’s got to be Simona Halep. The world no. 2 owns an impressive 15-4 match record in this event with the Romanian nabbing the tournament win last year. Halep ousted two top-10 players – Angelique Kerber and Svetlana Kuznetsova – before bringing down Madison Keys in straight sets in the final. Halep, who already has 15 singles titles in her career, will look to bounce back from her shock quarterfinal exit in Washington last week. 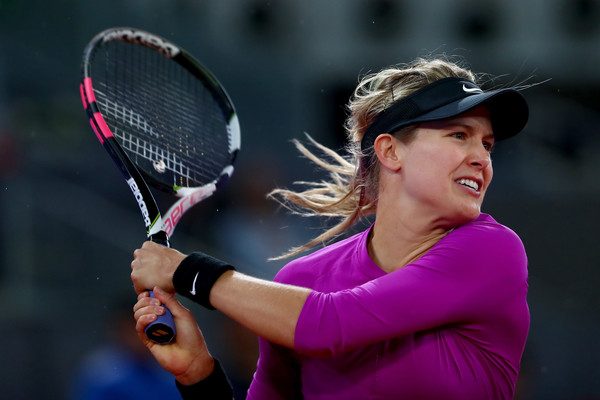 Eugenie Bouchard has had a rocky 2017 season with the Canadian superstar falling to 73rd in the WTA rankings. Bouchard’s form has hit a rough patch heading into Toronto with the Westmount native losing in the first round in each of her past three tournaments. That being said, maybe a stint at her home event will bring the much-needed jolt to Bouchard’s flagging campaign. She will look to improve on her showing at the Rogers Cup in Montreal last year, when she was eliminated by qualifier Kristina Kucova in the third round. Surprisingly, that was Bouchard’s best performance at the Canadian event.

Trending in the opposite direction of Bouchard at the moment is Katerina Siniakova. The 21-year-old just captured her second title of the year at the Ericsson Open in Bastad, Sweden last week, beating top seed Caroline Wozniacki in straight sets. It was a morale-boosting victory for Siniakova who has been plagued by injuries this year. Siniakova, who owns a 20-15 match record this season, will be making her Rogers Cup debut this week.

Looking for a worthy long shot this week? How about Francoise Abanda? The 20-year-old Canadian has already exceeded expectations this year, reaching the second round of the French Open and Wimbledon Championships in quick succession. The experiences she gained in those Grand Slam losses to Caroline Wozniacki and Jelena Ostapenko will undoubtedly help Abanda in her Rogers Cup campaign this week. As a reward for her outstanding play this season, Abanda has been awarded a berth into the main draw where she will face Lucie Safarova in the first round. Abanda is pegged at +240 to win that match.

Create a betting account now to win big from all the intense action from the ATP and WTA this instant!