The US Armed Forces are set to do battle, not against threats from foreign lands, but one another on the gridiron in this year’s rendition of the classic Army vs. Navy game. [sc:NCAA240banner ]

Army and Navy will stage the 114th meeting of their storied rivalry on December 14, 2013 at Philadelphia’s Lincoln Financial Field. Navy will look to extend the longest winning streak for either team in the series’ history, which currently stands at 11 games.

With both teams having excellent running games (Army 6thand Navy 7th  in FBS) and nonexistent passing games (Navy 122nd and Army 123rd  in FBS), this game figures to be won in the metaphorical trenches.

The match up will also serve as the curtain closer for the 2013 NCAA Football regular season.

Betting on the Army Black Knights 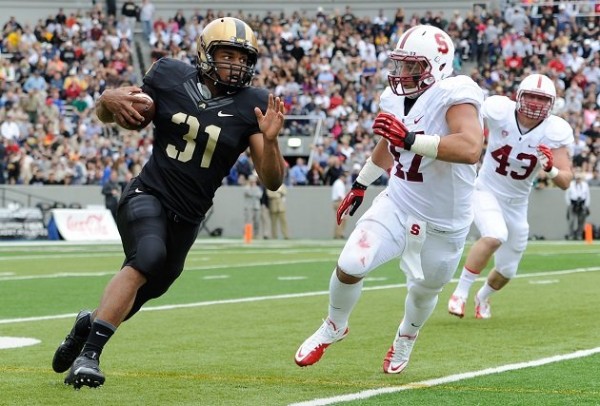 Army doesn’t seem to stand a chance at breaking its decade-long drought over Navy if its current four-game losing skid is anything to go by.

Excluding Western Kentucky, the total combined record of the Black Knights’ other three opponents – Temple, Air Force and Hawaii – was 1-24. And yet all three scored rare wins against Army. In their most recent game at Hawaii, Army surrendered over 600 yards of total offense to the previously winless Warriors.

If Army does intend to pull off the upset, then the best rushing attack in college football (323.6 yards/game) must deliver a performance similar to their win at Eastern Michigan.

Junior running back Terry Baggett broke the Army rushing record with 304 rushing yards and four TDs, including a 96-yard score, as the Black Knights posted a season-high 513 rushing yards.

Can Army finally break their losing streak over their archrivals? Bet now on Army.

Betting on the Navy Midshipmen 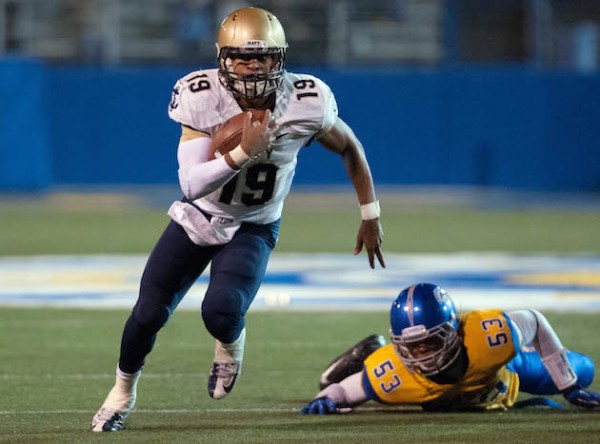 Contrary to their opponents, Navy enters the big game in very fine form. The Midshipmen have won three games in a row and four of their last five games, with their only defeat coming against ranked Notre Dame at South Bend. [sc:NCAA240banner ]

Navy’s triple-option offense – which revolves around dynamic quarterback Keenan Reynolds – has been humming along very well in the latter half of the season. They have topped 40 points in each of the last three games, and have averaged over 400 total yards in the past four games.

Navy needed three overtimes to get by San Jose State. Reynolds, the team’s leading rusher, ran for 240 yards and scored seven rushing TDs – a new NCAA record for quarterbacks. Reynolds is now 2nd in the entire FBS with 26 rushing TDs to go with 8 passing TDs.

Will Keenan Reynolds steer Navy toward a twelfth straight win in this historic series? Bet now on Navy.