The top stars of NASCAR racing will once again gather at Bristol Motor Speedway for the 2016 Bass Pro Shops NRA Night Race. Joey Logano hopes to continue his dominance at this event by bringing home the checkered flag for the third-consecutive time. Can the two-time defending champion succeed in doing so, or will there be a new winner this year? Read on below for a complete preview of this race.

Meanwhile, don’t forget to check out our purse breakdown of this race afterwards.

Kyle Busch, the reigning Sprint Cup Series champion, continues to blaze through every race. He has six top-10 finishes in his last seven starts, including a successful run at The Brickyard 400 a couple of weeks ago. That victory marked his fourth one, the most right now among all drivers this season.

And speaking of which, Busch should be primed for another solid performance this week at Bristol. He has five wins there already and has also managed to put himself inside the top-10 in six of his past seven starts on that track.

A forgettable stint at Pocono reawakened Joey Logano’s inner fire. He responded quickly with a strong second-place finish at Watkins Glen last Sunday. Logano, who owns nine top-10 finishes in his previous 11 races, appears poised to have another promising outcome this week. The former Rookie of the Year, as mentioned earlier, is the two-time defending champion at the track and has a finishing average of 12.2, which is among the best this season. 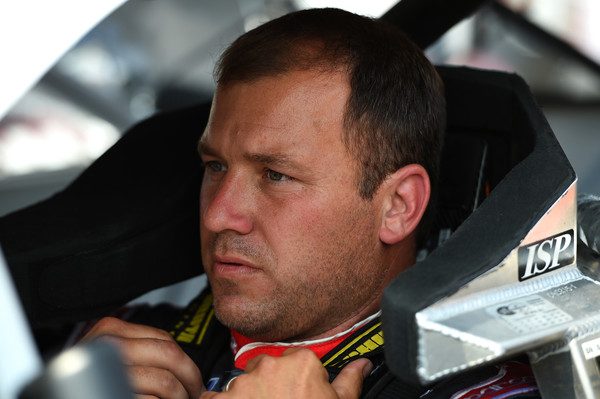 Ryan Newman’s 2016 campaign isn’t really something worth boasting about. He only has five top-10 finishes across 25 races and is still looking for his first win of the season. Well, Newman might finally be able to do so this week at Bristol, where has been arguably one of the most consistent drivers. He’s found himself in the top-10 in 16 of his 29 career starts there. He also finished ninth during the first race (Food City 500) at the same track this year.

Arguably one of the best long shots to win in Bristol goes by the name of AJ Allmendinger. Yes, 2016 has been awful for him as he owns just five top-10 finishes in 25 total races. Still, the 34-year-old California native seems to be on a gradual rise lately with a pair of solid finishes in his last two races, which were at Pocono (14th) and at Watkins Glen (4th) respectively. Looking at those results, it’s relatively fair to expect a deep run from Allmendinger this weekend.