Hockey takes center stage tonight with a pair of mouth-watering matchups. Up first is an important clash between the Detroit Red Wings and the Colorado Avalanche. After that, the Florida Panthers and the St. Louis Blues square off in a showdown of two of the league’s best.

Read on as we take a look at the best games to bet on today. If you’re hungry for more top-bill betting action, check out our complete preview of Nashville vs. Tampa Bay.

The Detroit Red Wings extended their winning streak to three games with a convincing 3-1 victory over the Ottawa Senators on Wednesday night. Danny DeKeyser and Henrik Zetterberg scored early in the first and third periods to help the Red Wings beat Ottawa and spoil Dion Phaneuf’s debut with his new team. 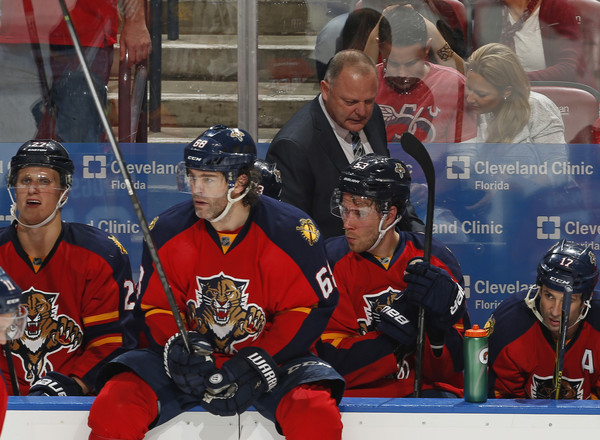 The Florida Panthers returned to winning ways Tuesday with an emphatic 7-4 win over the Buffalo Sabres. It was a huge bounce-back victory for the Panthers who snapped an 0-1-1 skid in which they scored just twice. The Atlantic Division-leading Panthers will look to make it back-to-back wins when they lock horns with the St. Louis Blues tonight.

St. Louis is coming off a gut-wrenching 2-1 overtime loss to the Winnipeg Jets. The Blues have been struggling for form of late, losing four of their last six games. They will take comfort in the fact, however, that they have beaten the Panthers in their last three meetings.