Best Games to Bet On Today: Flyers vs. Rangers & Yankees vs. Rays

For the first time since 1997, the Philadelphia Flyers and New York Rangers will bring their hatefest to the playoffs as they begin their series tonight. Meanwhile, in baseball, CC Sabathia continues to search for his Cy Young-winning form as the New York Yankees land in Florida for their first season meeting with the Tampa Bay Rays.

[sc:NHL240 ]The Philadelphia Flyers will face their heated rivals, the New York Rangers, in the series without their top goalie for at least a game. Coach Craig Berube has announced that Steve Mason will sit out Game 1, and could be missing more. The news was no help for the Flyers, who have lost eight of their last 12 games heading into the playoffs. Backup Ray Emery will have the goaltending duties in lieu of Mason.

The Flyers are no. 8 in the NHL in scoring with a mark of 2.8 goals a game. They’ve have been better over the last five games of the regular season, in which they put up 4.2 per game. The Flyers have gone over the goal line in all of their previous six games.

Unlike the Flyers, the New York Rangers have no problems in the goalie position with former Vezina Trophy winner Henrik Lundqvist. The Rangers have won seven of their last 10 games against Philadelphia, when “The King” starts on net.

Lundqvist has been a fortress in front of the goal throughout the season. He is the heart and soul of New York’s fourth-ranked defense, which limits foes to just 2.3 goals per game. The Swedish netminder appears to have a near-perfect read of the Flyers, having turned away 94 of the Flyers’ 100 shots (.940 SV%) in three meetings this season.

Building even more confidence for Rangers’ bettors is the Rangers’ 8-0 record in their last eight games at home against Philadelphia with Lundqvist starting.

Ray Emery has had an underwhelming regular season but his experience could play a major factor tonight. He won a Stanley Cup with the Chicago Blackhawks last year and led the Ottawa Senators to the finals in 2007. He will be a worthy adversary for Henrik Lundqvist tonight. The total will go under the line of 5.0.

Betting on the New York Yankees

The New York Yankees played their last series at home in 2013 against the Tampa Bay Rays and lost badly in all three games. The Bronx Bombers will be seeking some measure of revenge when they pay The Trop a visit tonight to start a four-game series.

The Yankees are going to play their third road series this season. They are 3-1 in their last four contests away from Yankee Stadium.

CC Sabathia will be on mound for the Yankees, hoping to get out of an early season jam. Sabathia, who is coming off a relatively mediocre season by his own standards, has so far been unable to remedy his troubles. He is 1-2 with an ERA of 6.63. Perhaps more telling of Sabathia’s woes was his earned run total of 14, the highest in the American League.

The Yankees have gone under the run line in five of their last six games.

Betting on the Tampa Bay Rays 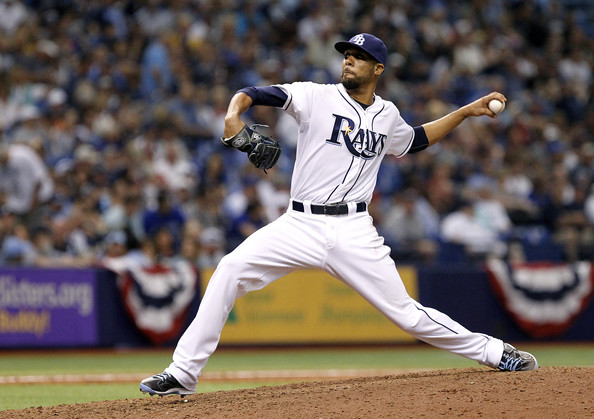 What was supposed to be one of the most feared rotations in the majors has become one of baseball’s most frustrating, not because of on-field performance, but because of the unavailability of its top guys due to a variety of ailments. Thankfully for Joe Maddon, his best hurler, David Price, is healthy and ready to welcome the New York Yankees tonight.

The Rays return to Tampa Bay after an uneventful trip to Baltimore, where they lost all three games against the O’s. They are 3-1 in their last four inside Tropicana Field. Moreover, they are 5-1 in the last six match-ups against the Yankees.

When Price starts  against New York, the Rays frequently win. Tampa Bay is 3-1 in Price’s last four starts against the Yankees.

Sabathia hasn’t been great nor has he shown flashes of brilliance we’ve accustomed to of seeing in the past. He’ll get rocked by the Rays tonight. Together, the Yankees and Rays will combine for at least seven runs.