After a two month break, the UEFA Champions League starts once again this February, as the 16 remaining clubs prepare for the first knock-out stage.

Defending champion Bayern Munich are still the favorites to retain their trophy at +250, and despite a tough assignment with the Premier League leading Arsenal, the impressive German outfit is favored to progress to the quarterfinals.

One team very likely to meet them there are free-scoring Real Madrid. The Spanish giants – +450 to win their record tenth Champions League trophy – scored an astounding 20 goals in six matches, as Ballon D’Or winner Cristiano Ronaldo scored a group-stage record nine goals. They are an astonishing -1000 to overcome Schalke, and are by far the favorites.

[sc:Soccer240banner ]Last year’s beaten finalists Borussia Dortmund have been heavily tipped to advance from their tie against Russian side Zenit St. Petersburg despite an array of injuries decimating their squad. Meanwhile, English giants Manchester United and Chelsea should also be expected to get past their relatively weaker opponents in Olympiakos and Galatasaray.

The star-studded squad of Paris Saint-Germain – led by the mercurial Zlatan Ibrahimovic (8 goals in 5 games in the group stage) – also stands a very good chance of returning to the quarterfinals for the second year in a row against Germany’s Bayer Leverkusen. 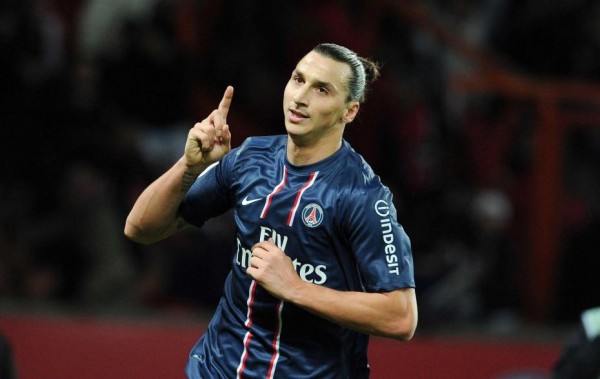 Ibra’s former club, seven-time winners AC Milan, will be the underdogs for a change when they meet high-flying Atletico Madrid. Their new but inexperienced coach Clarence Seedorf will need big performances from his volatile forward Mario Balotelli to unlock the hard-pressing Atletico defense.

Finally, the match-up of the round is undoubtedly Spanish champion Barcelona —still one of the favorites to win it all at +500 — versus the Qatari billions-backed Manchester City. Barca breezed by the group stage despite missing talisman Lionel Messi for half of the games due to injury, while Manchester City was impressively level on points with defending champions Bayern in their group.

With Messi on the road to full fitness, the Spanish giants are still the favorites to move on, but City – led by former Barca midfielder Yaya Toure and little magicians David Silva and Sergio Aguero – are the underdogs with the best odds of causing a major upset.

Who among the elite of European soccer will advance to the quarterfinals? Visit Top Bet sportsbook’s UEFA Champions League section and enjoy and knockout action of soccer’s greatest club competition.