Winning three National Titles over the course of four years is cause enough to earn the ire of College Football fans everywhere. All over the SEC, teams consider the Tide to be their team’s top rival. But for Alabama, those teams might not pose any threat at all.

Webster’s Dictionary defines a rival as “one of two or more striving to reach or obtain something that only one can possess.” The common goal that all the teams on the below list share with the Crimson Tide? Victory.

Unfortunately for them, Alabama almost always gets it done. 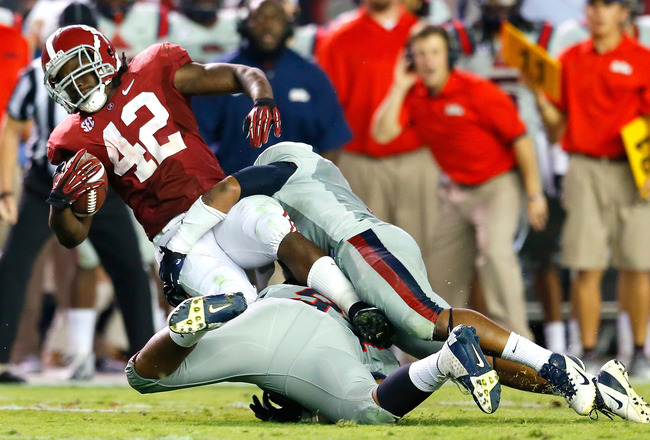 For Alabama, the Ole Miss rivalry dates all the way back to 1894. The Crimson Tide has dominated the series to the tune of 46-9-2.

Alabama has also owned Ole Miss as of late, winning nine in a row, with the game usually having SEC West title implications.

There may not be a lot of hate and animosity between the Tide and the Rebels, but the games are always hard fought and a lot of fun to watch.

They will meet this season on September 28. 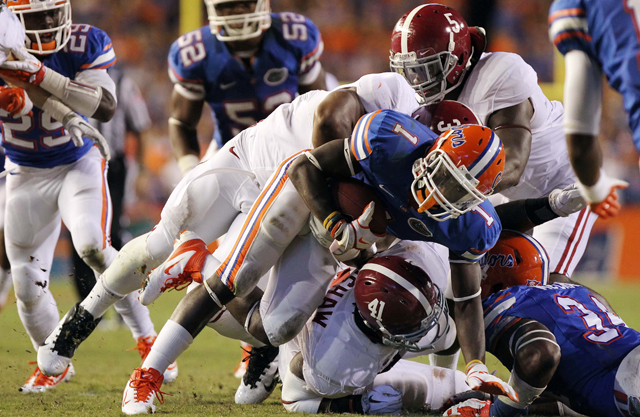 The two teams don’t meet every year, but when they do, this is a match-up worth watching.

When Alabama and Florida come together it seems like there is always something huge on the line: usually the SEC championship and a trip to the National Championship.

Alabama leads the all-time series over Florida, 22-14. Florida’s worst record against anyone in the swamp is against the Tide, with the Gators only winning 2 of the 10 games played on their home field.[sc:NCAA240banner ]

The two teams have met in the SEC Championship game seven times since the game was installed in 1992, and the Gators hold the edge 4-3.

This rivalry may only be number four for the Tide right now, but if the two teams continue to meet in SEC Title games and someday land on each other’s annual schedule, look for this to catapult up the list. 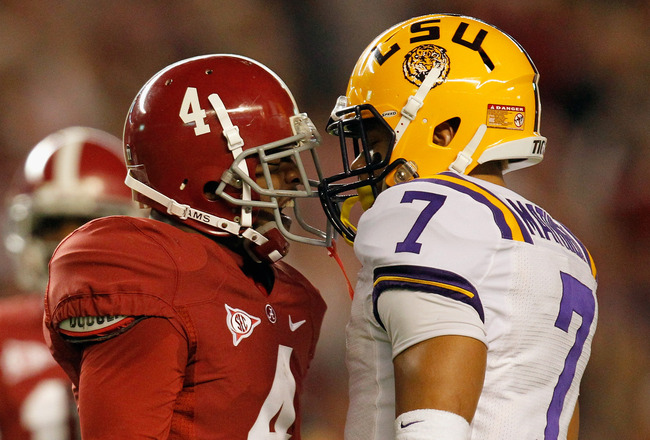 The LSU Tigers come in as Alabama’s third biggest rival. The match-up is made great by the rich history behind it, the most recent story-line being centered around current Alabama head coach Nick Saban, who last coached for the Tigers.

This rivalry dates back to 1895, with the Tide holding a 47–25–5 all-time record against the Tigers.

One of the more interesting games in this series came in 2007 when LSU faced former coach Saban for the first time. The Tigers would go on to win the “Saban Bowl” 41-34, further angering Crimson Tide fans. Alabama got the last laugh when they beat LSU in the 2012 BCS National Championship Game.

Even long after Nick Saban is done coaching college football, this will be one of the game’s great rivalries.

These teams will meet on November 9th. Save the date, football fans. 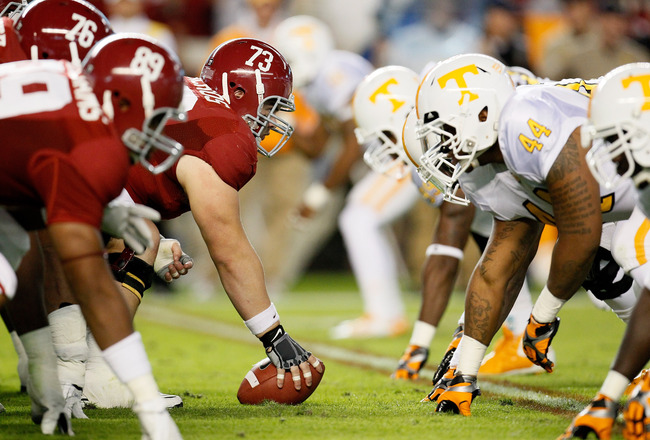 The Tennessee Volunteers come in at a close second on Alabama’s most hated list. The Alabama-Tennessee rivalry, better known as the Third Saturday in October, is Alabama’s only annual rivalry with a team from the SEC East.

Fuel was added to the fire when former Tennessee Head Coach Phillip Fulmer acted as a secret witness during NCAA investigations in 2000, putting Alabama on probation from 2002-2006.

Even with new Tennessee coach Butch Jones, don’t look for this rivalry to die down anytime soon.

They will meet on October 26th. 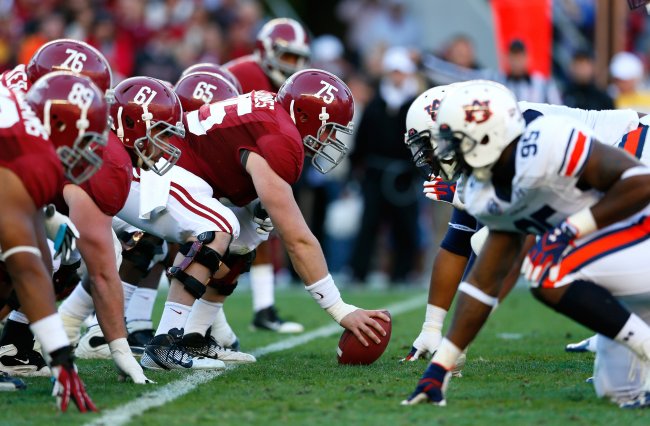 The Iron Bowl: the name says it all, doesn’t it?

It’s considered by many to be one of college football’s top five rivalries, if not number one overall.

The game dates all the way back to 1893, with the Crimson Tide holding the series lead 42–34–1, winning the last two. However, before Alabama won those games, it was the Tigers who had won seven of the last nine from 2002 to 2010.

These two teams hate each other, and the Iron Bowl is pandemonium every year. With both teams having a recruiting class in the top five almost every year, this rivalry is going to keep getting better.

There you have it: five of the biggest rivals of the Alabama Crimson Tide. Stay tuned to Top Bet for odds and lines during the 2013 Crimson Tide football season.