Get ready for the battle of the most non-thrilling quarterbacks on Monday night. Josh McCown and Matt Schaub have been thrust into action after injures hit Joe Flacco, and champagne-swilling-videos hit Johnny Manziel. It’s the 2-8 Cleveland Browns and 3-7 Baltimore Ravens!

Could you paint a better Monday nighter? Probably, but this is what we’ve been served.

Read on below and get all you need to know about this AFC North matchup. Meanwhile, get picks to win the spread for all 16 games in the Week 12 slate here.

No NFL team has had more bad luck this season than the Baltimore Ravens. They’ve lost seven of their 10 games this year, all by eight points or fewer. One of those losses was in overtime to the Browns in Week 5. And if those heartbreaking losses weren’t enough, they’ve also suffered through a host of huge injuries.

[sc:NFL240banner ]Terrell Suggs and Steve Smith, Jr. both suffered potential career-ending Achilles injuries. First-round pick Breshad Perriman has been banged up and hasn’t seen the field at all in his rookie season. And now, running back Justin Forsett and quarterback Joe Flacco are done for the year after both suffered injuries in their 16-13 win over the St. Louis Rams. 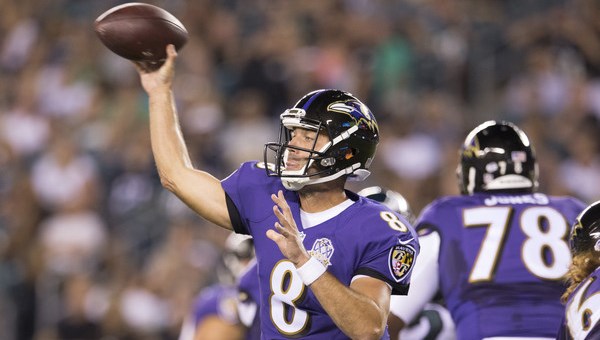 Flacco’s injury means that Matt Schaub will make his first start since his disastrous 2013 campaign with the Houston Texans. Schaub threw 14 picks in just 10 games that season, and ended with the fourth-worst QBR in the league.

Even with all that adversity, though, the Browns have still been worse. Cleveland is currently tied for the worst record in the NFL at 2-8. Subpar quarterback play and NFL-worst run defense have continued to haunt the Browns all year, while their excellent pass defense has also regressed quite significantly.

The Browns now have the best odds to end up with the No. 1 pick in next year’s draft, and a win would be pretty detrimental to their chances. Especially with San Diego beating Jacksonville on Sunday, the Browns temporarily can determine their first overall selection destiny.

This game will also mark the Browns’ first appearance on Monday Night Football since 2009, when they lost 16-0 to the Baltimore Ravens.

ESPN holds exclusive TV broadcast rights for Monday Night Football, so cable subscribers can watch the game on the Worldwide Leader all season long. But NFL fans can also catch MNF by subscribing to Game Pass, the league’s official online streaming service. With several packages to choose from, you can customize and optimize your football viewing experience the way you like it for a reasonable cost.

Betting Trends on the Baltimore Ravens

Baltimore is 6-1 (SU and ATS) in its last seven road games against Cleveland, and 13-2 in their last 15 meetings overall.

The Ravens are 6-4 on Monday Night Football under John Harbaugh and had their three-game win streak snapped by the Cardinals in Week 7.

The Ravens are 3-0 ATS in their last three games as a 3-point underdog or lower.

Betting Trends on the Cleveland Browns

The total has gone over in Cleveland’s four home games this season.

The Browns are 22-30 all-time in primetime games. 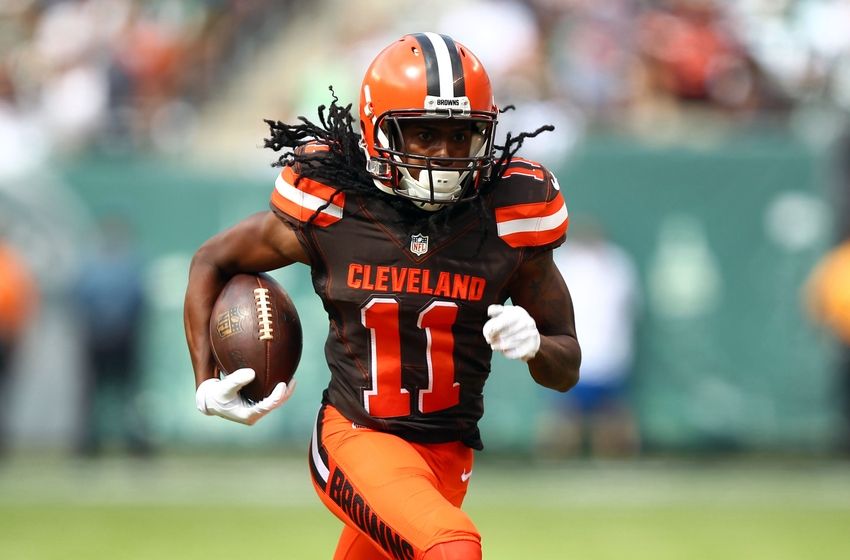 The trends favor the Ravens in this matchup, while the odds side with Cleveland. If McCown can find his slinging arm and Travis Benjamin downfield – the Browns could put up a legendary fight against a very depleted Ravens team.

Josh McCown leads the Browns to a rare win over the Ravens, 17-14. 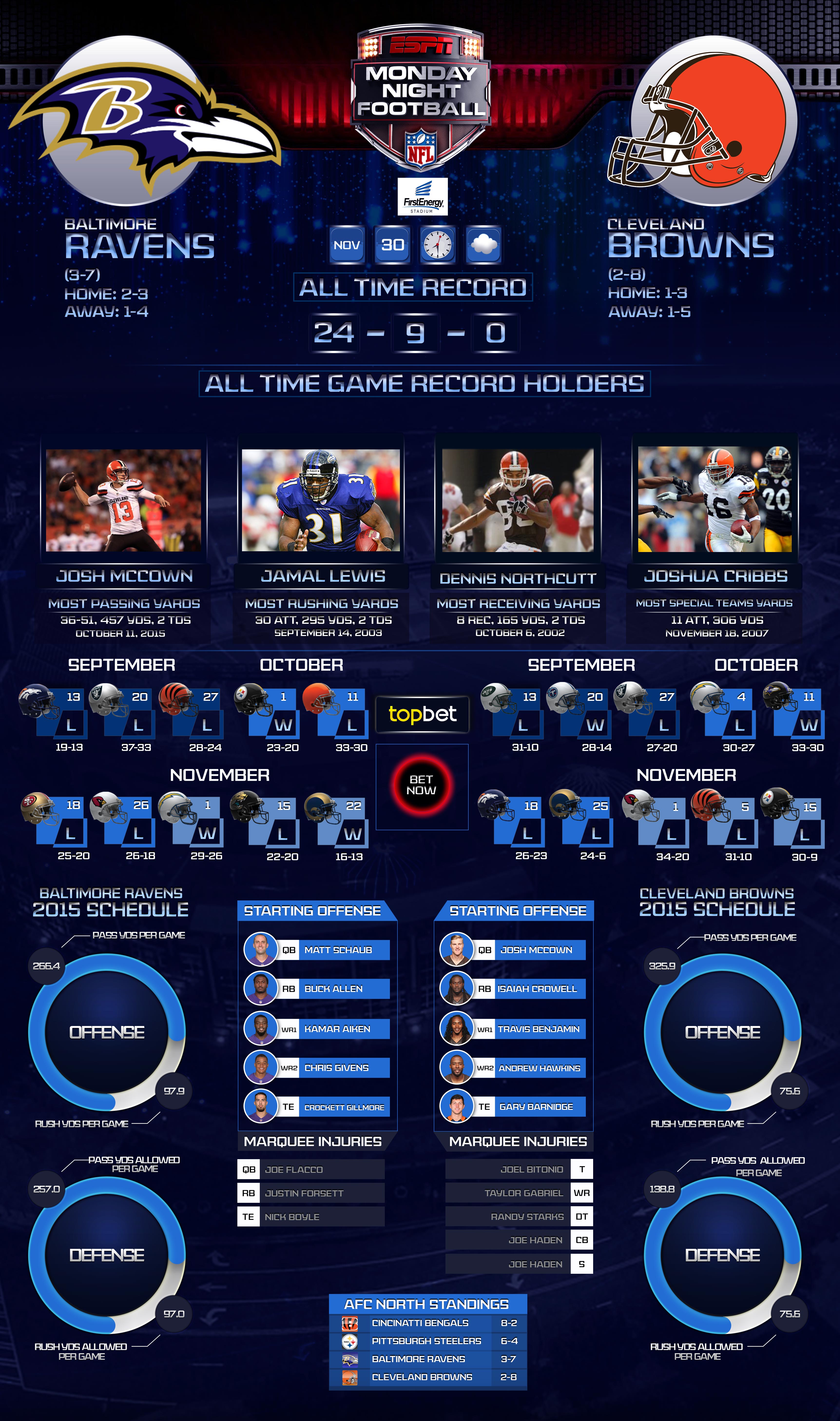