The King made a triumphant return in Game 2, as Henrik Lunqvist helped the New York Rangers tie their NHL Eastern Conference series up at one game apiece. As the series now shifts to New York, can the Pittsburgh Penguins, who could still be without their top two netminders, be able to steal a game at the fortress that is Madison Square Garden?

Find out all you need to know about Game 3 with our complete preview below. Meanwhile, check out more Stanley Cup Playoffs action with our preview of the Blackhawks vs. Blues Game 4.

When King Henrik is in goal and the forecheck is clicking, the New York Rangers are tough to beat. The Rangers once again rode that winning formula to a convincing 4-2 win in Game 2. Lundqvist had 29 saves on 31 shots, showing no ill-effects of the eye injury that forced him to exit Game 1.

Meanwhile, the offense finally came to life with the help of Derick Brassard and JT Miller, who recorded three points apiece. The Rangers were unrelenting in the forecheck, and pressured the Penguins to some costly turnovers. They forced Pens defensemen Olli Maatta and Trevor Daley to -2 and -4, respectively, in terms of plus-minus.

New York’s own defense experienced a bit of addition by subtraction with the absence of struggling captain Dan Girardi due to an undisclosed injury. Girardi’s status for Game 3 remains unknown, but based on Game 2’s more assured performance, the Rangers blue line looks better without a liability like Girardi.

Fellow defenseman Ryan McDonagh, however, is close to returning to action after injuring his hand on April 4. McDonagh finally practiced on Monday, and can add some much-needed experience to the blue line.

It won’t matter much who’s playing in front of Lunqvist, though, if the King continues to display his fine form at home. Lunqvist is 22-6-3 with a 2.31 goals-against average at MSG this year. The Rangers, meanwhile, were 27-10-4 at home, the second-best home record in the East during the regular season.

Create a betting account now and cash in on all the thrills and spills of the 2016 Stanley Cup Playoffs. 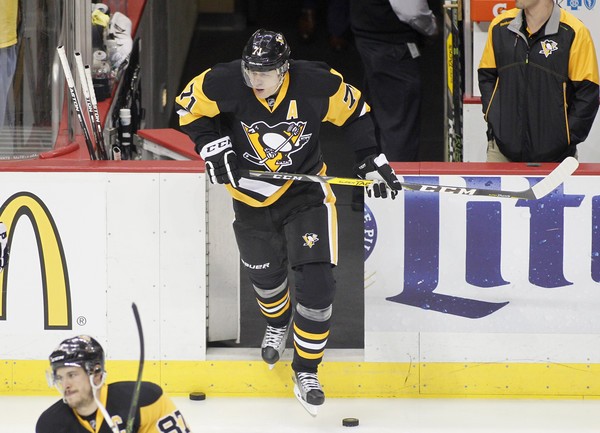 The Penguins will be disappointed with their Game 2 performance. After taking the lead early in the second, they gave up three goals in a disastrous four-minute stretch late in the period which effectively sealed the game. They were particularly awful defensively as their blueliners made some costly errors.

But on the plus side, they finally got star center Evgeni Malkin back after nearly a month out. He didn’t quite look 100 percent, which is expected given his long layoff, but he still recorded an assist on the Pens’ consolation goal. Having Malkin back should only boost a Pens offense that didn’t exactly have trouble scoring without him. Pittsburgh averaged 4.25 goals per game in 16 games without the Russian.

Even with the extra day off between games, though, the possiblity of Marc-Andre Fleury and/or Matt Murray returning for Game 3 remains up in the air. Fleury, the Pens’ No. 1 goaltender, has been out since late March with a concussion, while Murray’s still recovering from the concussion he suffered in the regular season finale.

With all due respect to stand-in goalie Jeff Zatkoff, who’s gone just 3-7 over his last 10 starts, having either Fleury or Murray in goal in hostile territory like Madison Square Garden will give the Pens a lot more confidence. Not that the Pens need any more confidence despite being on the road. They’re 9-2 in their last 11 away from home, and 3-1 in their last four visits to MSG.

The Rangers’ pressure pays off once again as they grab a 3-1 home win.