The dream lives on for Elena Svitolina. The Ukrainian recorded a major shock on Tuesday, upsetting world no. 1 Serena Williams, 6-4, 6-3.  Svitolina took advantage of Williams’ apparent shoulder problem to win the match in an astonishing 72 minutes. The result was quite a shock considering Williams destroyed Svitolina, 6-1, 6-1 at the French Open earlier this year. The American was clearly out of form, though, racking up a whopping 37 unforced errors in this Olympic clash.

Next up for Svitolina is a quarterfinal showdown with Petra Kvitova. The two-time Wimbledon champion has won two of her last three meetings with Svitolina. Kvitova edged past Svitolina, 2-6, 6-3, 6-2, in their last meeting at Dubai last year. Kvitova is coming off a thrilling 4-6, 6-4, 6-4 win over Ekaterina Makarova in the third round on Monday. The Czech star has now won 10 of her last 14 matches on the hard court. Kvitova has dropped just a single set in these Olympic Games.

Monica Puig booked a spot in the quarterfinals of the Rio Olympics with an emphatic 6-1, 6-1 victory over Garbine Muguruza on Tuesday. It was an excellent performance from the Puerto Rican who needed just 64 minutes to record the upset win. Ranked 34th in the world, Puig is now just two wins away from grabbing that coveted Olympic medal.

She will look to keep the momentum going when she locks horns with Laura Siegemund in the last eight. The world no. 32 cruised past Belgium’s Kirsten Flipkens, 6-4, 6-3, in the third round. The 28-year-old German is having a career year, winning her first WTA title at the Swedish Open last month. This will be Puig and Siegemund’s first-ever meeting in the WTA Tour. 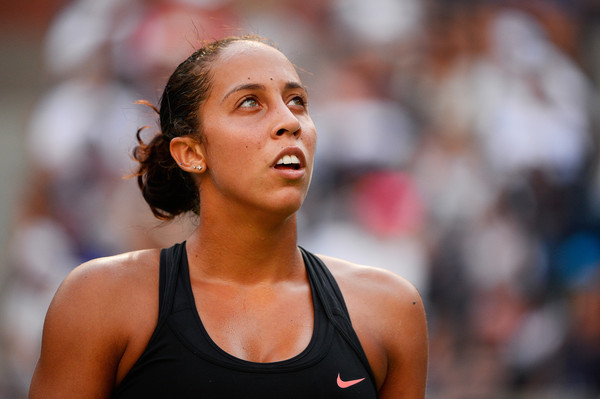 Daria Kasatkina barged into the quarterfinals of the Rio Olympics with a comprehensive 7-5, 6-2 victory over Sara Errani on Monday. It was a stunning performance from the Russian who broke Errani’s serve four consecutive times. How excellent was Kasatkina’s return? She converted seven of her 11 break point opportunities against the Italian star.

Next up for Kasatkina is a round-of-16 showdown with Madison Keys. The American is through to the last eight after beating Spain’s Carla Suarez Navarro,  6-3, 3-6, 6-3. The lone remaining U.S. woman in the Olympic singles draw has recorded tough three-set wins in each of her last two matches.

Angelique Kerber’s quest for a first Olympic medal remains right on track after beating Sam Stosur, 6-0, 7-5, in the third round on Monday. It was an excellent performance from the reigning Australian Open champion who needed just 90 minutes to deny the Australian. Next up for Kerber is a quarterfinal showdown with Johanna Konta.

The British no. 1 recorded one of the upsets of the tournament thus far, beating eighth-seed Svetlana Kuznetsova in the round-of-16, 3-6, 7-5, 7-5. It’s the latest big win for Konta, who won her first WTA Tour title in Stanford last month. She is the first British woman to progress beyond the second round of the women’s singles event since tennis was reinstated at the Olympics in 1988.

Create a betting account now and cash in on all the Olympic tennis action!