For the first time since 1904, the Summer Olympics will have men’s golf as one of its events. The Olympic Golf Course at Reserva de Marapendi in Rio de Janeiro will be the setting of the sport’s return to the grand international stage, with 60 professional golfers from all around the globe vying for a gold medal.

Let’s take a look below at the names that we should be on the lookout for before the action tees off on August 11. And for more insights, check out what the experts have to say as well over here.

It’s been one heck of a 2016 for Henrik Stenson, who won his first-ever major tournament at The Open Championship in Scotland this past July. The sensational Swede didn’t stop there, as he also bagged another superb T7 finish at the final major of the year – the PGA Championship – just a couple of weeks later.

Stenson now has a total of four top 10s for the PGA Tour season, with three of them being podium finishes (including his British Open win). And with such momentum and form entering Rio, he definitely deserves his right to be considered as the overall favorite to win gold.

Will Hispanic ties play a factor on the greens this week? Sergio Garcia would like to believe so, as he tries to bring home the gold from Latin American soil to his motherland of Spain.

Garcia’s been no slouch during the 2016 PGA Tour season, having secured back-to-back T5 finishes at the US Open and at The Open Championship. He’s also fifth amongst all golfers on the tour in greens-in-regulation percentage (nearly 70 percent), which will bode well for him in navigating through the relatively uncharted holes of Reserva de Marapendi.

2016 is the year of first-time major winners, and Great Britain’s Danny Willett was one of those first-timers along with the likes of Stenson. The 28-year-old dominated The Masters with a three-stroke victory this April, giving him a ton of credibility to likely finish atop the tournament in Rio this week.

However, Willett has not been able to replicate his great form from The Masters as he has failed to secure a top-20 finish since. Nevertheless, the Englishman still has a couple of third-place finishes in his back pocket this 2016 season as well, making him a worthy sleeper candidate indeed. 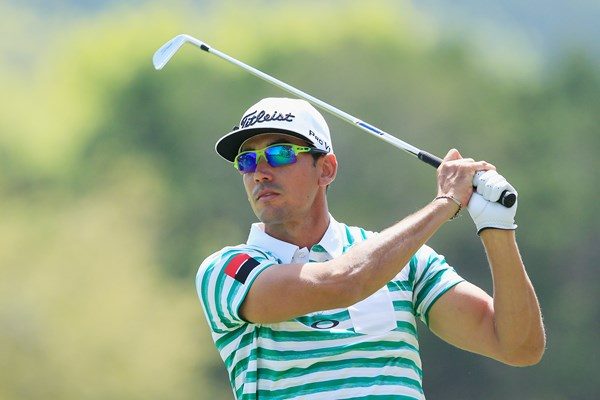 Garcia won’t be fighting the good fight alone for España, as he will be accompanied by fellow countryman Rafael Cabrera Bello in Rio.

Cabrera Bello may not be in the running for the FedEx Cup this year, but he has certainly given the rest of the PGA field some scares early this 2016 season. He secured a couple of top-five finishes between March and April (solo third at the WGC-Dell Match Play and solo fourth at the Shell Houston Open) and has total of four top-25 finishes of the year to support his Olympic case.

As Brazil’s lone entrant in this year’s Olympic Games, there’s a lot riding on Adilson da Silva’s shoulders. For da Silva to make the host country proud, however, he’d have to put on the performance of his life. And that’s actually way easier said than done.

The 22-year professional da Silva is quite the fixture in the Asian and Sunshine Tours (12 career wins from the latter tour), but has seen little to no action in the PGA Tour-level. Having said that, there’s really no viable reason to side with a home crowd favorite with limited experience against the world’s elite golfers.

Stenson (+550) bags a sweet gold medal for all of Scandinavia.