Roger Federer’s quest for a second French Open title remains right on track after defeating Marcel Granollers in the second round on Wednesday. The Swiss maestro will look to book a place in the round of 16 this coming Friday when he takes on the surprise package of the tournament thus far, Damir Dzumhur.

Read on below for an in-depth breakdown of this third-round matchup and while you’re at it, you can check out our preview of the match between Maria Sharapova and Sam Stosur here.

Roger Federer stormed into the third round of the 2015 French Open with an entertaining 6-2, 7-6 (1), 6-3 win over Marcel Granollers on Court Suzanne Lenglen. It was an excellent performance from the 17-time Grand Slam champion who needed just one hour and 47 minutes to oust the Spaniard.

[sc:Other240banner ]Federer, who improved to 3-0 against Granollers, blasted 38 winners and won 82% of his first serve points. What proved to be the difference in the match, however, was his return. Federer won 45% of his receiving points against the Spaniard with the Swiss star converting five of his eight break point opportunities.

Next up for Federer is a third-round clash with Damir Dzumhur. The 33-year-old has never faced the young Bosnian before with Federer saying “it’s going to be an interesting matchup.” Federer will have no problem beating Dzumhur, though, especially if he can continue his strong net play. He won 30 of his 37 net points on Wednesday.

The French Open is finally here! Create a betting account now and cash in on all the exciting tennis action. 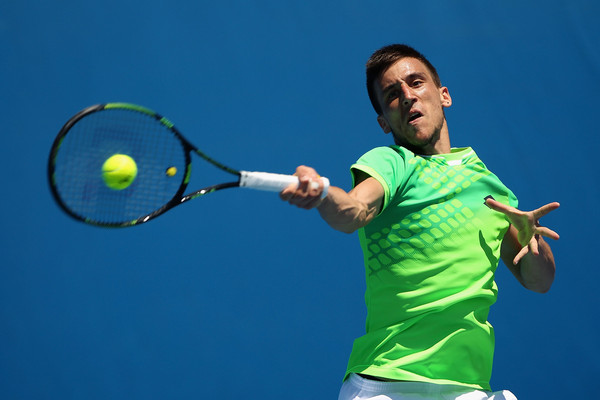 The dream lives on for Damir Dzumhur.

Key to his second-round victory was his excellent return. He won 45% of his receiving points against Baghdatis as he converted seven of his 19 break point chances. He also found some success in his forays to the net, winning 26 of his 41 points there.

He will need to display that same form of aggressiveness in the next round where he will face his boyhood idol Roger Federer. Although the odds are stacked against Dzumhur in recording a shock upset, the 23-year-old will take some comfort in the fact that Federer was far from perfect in the previous round.

Federer committed a whopping 34 unforced errors in his second-round match against Granollers. That is great news for Dzumhur who recorded 37 winners in his victory against Baghdatis. For him to pull off the massive surprise, though, Dzumhur needs to improve on his first serve percentage. He only converted 64% of his first serves against Baghdatis in the second round. That simply won’t do against a world-class player in Federer who’s 11-3 on clay this season.