The Oakland Raiders pay the smoking Broncos a visit for Monday Night Football while the Orioles hope to leave Tropicana Field with a win in the last game of their four-game series against Tampa Bay.

Trent Richardson scored his first touchdown as a Colt when Indianapolis eked out a 27-7 drubbing of the defending NFC champions. It was the 49ers’ first home loss with Colin Kaepernick as starter. 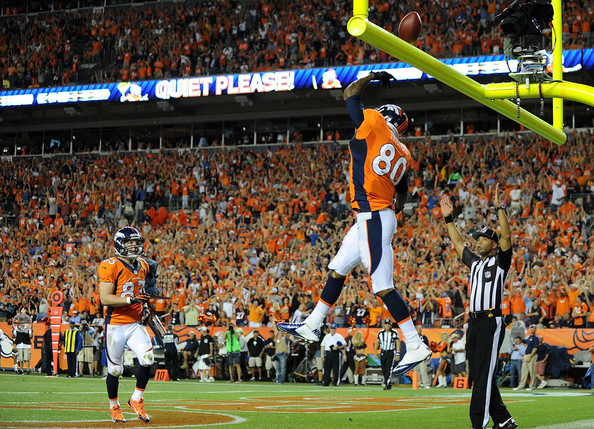 It’s the Raiders’ turn to experience the high-octane, Payton Manning-led Denver offence that has already victimized the Ravens (49-27) and Giants (41-23) in the first two weeks of NFL action. The Raiders can take advantage of the absence of Broncos’ Ryan Clady, who is out with a Lisfranc injury.

This development could be felt by Manning, as he has benefited from the outstanding play of the Broncos’ offensive line. The Broncos are 3rd in the league in passing yards (376.0) but Oakland may have a formula to slow them down as the Raiders’ defense is 5th in the NFL in allowed passing yards per game with 180.5.

A win tonight against the Orioles would not only mean a four-game sweep of Baltimore but also some much needed breathing room for Tampa Bay at the top of the AL wild-card standings. The Rays pitching staff only allowed Baltimore to score one run in each of their last two games. Wei-Yin Chen takes the mound for Orioles, who have won their last two road games when Chen starts.

The Orioles are 4-1 in Chen’s last 5 starts as road underdogs while the Rays are 4-1 in their last 5 home games.

For the most comprehensive list of NFL, NCAAF, and MLB game odds and betting lines, visit Top Bet Sportsbook.