The 71st edition of the STP 500 is about to take off this coming Sunday with plenty of intriguing narratives. Among them is whether Kyle Busch can notch this third win in a row. Busch currently leads the pack with +425 odds to win the 2019 Monster Energy Nascar Cup Series Championship, trailed by Kevin Harvick who is listed at +500. Read on for more about Busch, another favorite together with a sleeper and a long shot below. 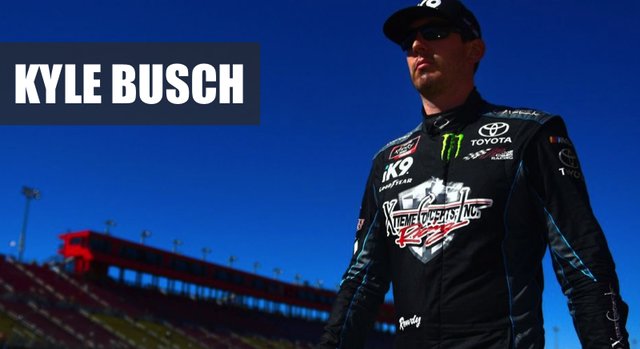 Kyle Busch has been sweeter than M&M’s for his bettors over the last couple of weeks. After winning in Phoenix at the Ticket Guardian 500 on Mar. 10, Busch remained hot with another win last Sunday at Auto Club 400 in California. In doing so, he made NASCAR history by notching his 200th career victory, the second driver in NASCAR history to do so, joining NASCAR Hall of Famer Richard Petty in that accolade. Essentially, he must be considered an auto-favorite in every race until he shows any signs of cooling down, which he hasn’t since a second-place finish at Daytona 500 in February. Busch has finished inside the top six in all of his five starts so far this season.

Logano, on the other hand, finished just behind of Busch last Sunday in California for a second-place spot. Sure he didn’t get a win there, but he’s now headed to Martinsville Ridgeway with three top five finishes this season under his belt, including a win in Las Vegas earlier this month at Pennzoil 400. Logano has won just once in 20 races at Martinsville, but that lone first-place happened the last time he was also there, as he topped the The First Data 500 back in October. He finished third in last year’s edition of the STP 100.

Dillon got the pole position last Sunday at Auto Club 400 but was not able to fully capitalized on his favorable start, as he finished 10th overall. However, that’s his best finished to date this season, so there might be some momentum going on for the 28-year-old from North Carolina. Dillon has raced four times at Martinsville and finished just once inside the top 10 and twice inside the top 20. His average finish their is 19.5.

Buescher could be worth a punt play this coming weekend. Since placing 37th at Daytona 500, the Team JTG Daugherty Racing driver has finished inside the top 20 in each of his next four races, including a ninth-place at Atlanta Motor Speedway during the Folds of Honor QuikTrip 500. Dating back to 2017, Buescher has two top 20 finishes in four races at Martinsville Speedway.

Ride the hot hand (or wheels). Kyle Busch will make it three in a row with another win this weekend, and better the odds in his campaign to take the 2019 Monster Energy Nascar Cup Series Championship.