An Ohio State University undergraduate by the name of George Cole is generally given credit for organizing the school’s first intercollegiate team. He persuaded Alexander S. Lilley to coach the squad and brought in a renowned Princeton fullback and soon-to-be coach of the Purdue Boilermakers, Knowlton L. “Snake” Ames to familiarize the team with fundamentals. The Buckeyes won their first game, played on Saturday, May 3, 1890, at Delaware, Ohio, against Ohio Wesleyan University.

The buckeye is a tree native to Ohio and particularly prevalent in the Ohio River Valley, whose shiny dark brown nuts with lighter patches resemble the eye of a deer. The tree has become the symbol of the state of Ohio for its native, tenacious, attractive and unique traits. The university adopted the term as the name for their athletic teams. 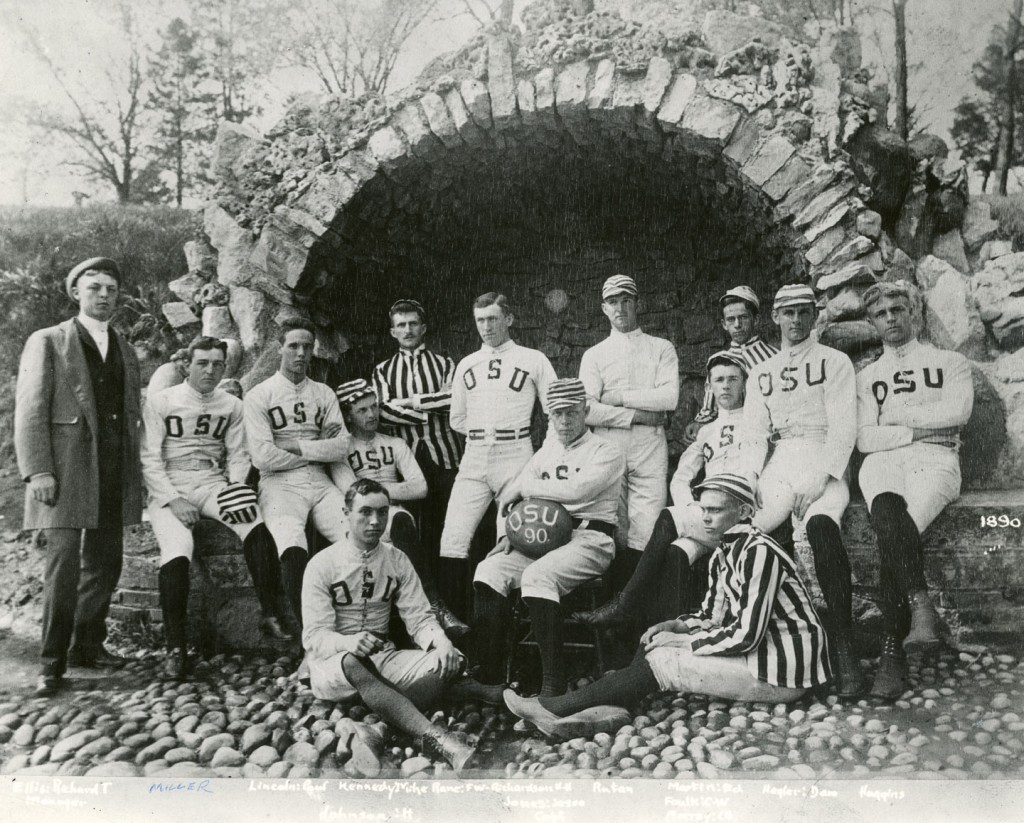 See the latest betting odds and lines of the Buckeyes by visiting Top Bet Sportsbook.

Tune in to Top Bet Sports News for more on the Ohio State Buckeyes updates and news this 2013 College Football season.