The Ultimate Fighting Championship returns on August 3, 2013 at the HSBC Arena in Rio de Janeiro, Brazil for UFC 163: Aldo vs. Korean Zombie. It features the best Brazilian fighters aiming to put a show in their home country.

The UFC Featherweight Championship is on the line as the champion Jose Aldo defends his belt against “The Korean Zombie” Chan-Sung Jung. Both fighters are undefeated in the UFC. Aldo and Jung have compiled their respective strings of exciting victories.

In the co-main event, two top-ten contenders in the light-heavyweight division square off to get closer to a title shot when Lyoto “The Dragon” Machida meets Phil “Mr. Wonderful” Davis. Also in the main card, former middleweight contender Thales Leites goes up against Tom “Kong” Watson.

Betting on Jose Aldo on UFC 163 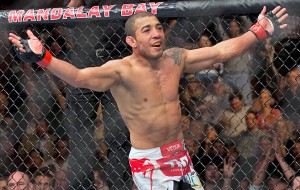 The greatest featherweight fighter of all-time, Jose Aldo, will bring his UFC Featherweight Championship and his 15-fight winning streak into the octagon. In his last fight, Aldo defeated former lightweight champion Frankie Edgar, his biggest test by far. He is a very excellent and dangerous Muay Thai striker. His hands have knockout power, his leg kicks are vicious, and his knees are devastating. He has clearly ruled over the 145-lb division in the past five years, with division records such as having the most knockout wins and knockdowns among featherweights. Not only he has excellent Muay Thai, he also owns a black belt in Brazilian Jiu-jitsu.  As one of the larger featherweights, look for Aldo to utilize his strength to stay at the top. Bet on Jose Aldo at Top Bet sportsbook.

Betting on Chan-Sung Jung on UFC 163 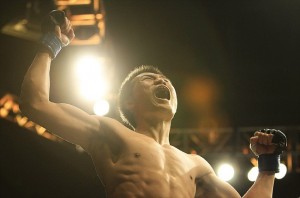 Chan-Sung Jung, or most famously known as “The Korean Zombie, jumped into title contention upon his highlight-reeled three-fight winning streak: finishing Dustin Poirier with a D’Arce choke in what was the “2012 Fight of the Year”, knocking out Mark Hominick in 6.2 seconds (the second fastest KO in UFC history) and being the first and only UFC fighter to win with a twister hold. His nickname is based on his aggressive and non-stop style of fighting, which makes him one of most exciting fighters in the UFC. He is going to look for Aldo’s weaknesses; whether he will use his inside striking or his diverse ground game to find those.  One problem Aldo has is his conditioning as he tends to slow down as the fight goes on. Look for Jung to exploit that by taking his time and making the fight a long battle.  Bet on Chan-Sung Jung at Top Bet sportsbook.

* UFC 163 betting lines and full fight card will be updated when they’re announced.