10 Bold Predictions for the Rest of 2013 MLB Season

With only a few months to the end of regular season, teams put their focus on making a run to the playoffs.

There are many storylines to watch out for in the final two-and-a-half months of the regular season: Miguel Cabrera going for another Triple Crown, Chris Davis’s chase for Roger Maris’ home run record, the tight race in the NL West and AL East, the clash for the best record between the Cardinals, and the Pirates.

Here are ten bold predictions to look out for (and put them in your bank): 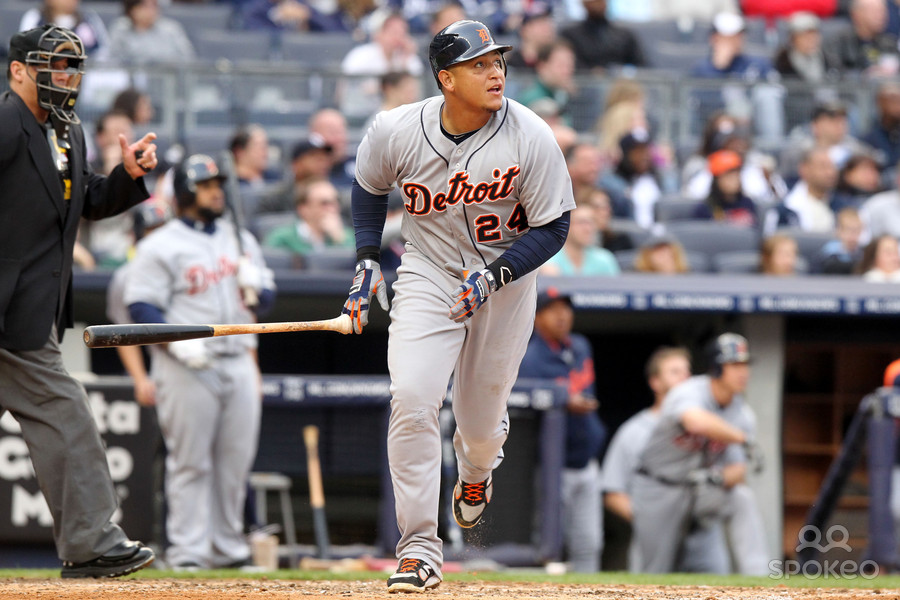 Last season, Miguel Cabrera became the first Triple Crown winner in 45 years. This season, he can do it again.

The Tigers slugger is on pace to become the first back-to-back Triple Crown winner in baseball history. He leads the AL in RBI with 96 and batting average at .358, but is second in home runs with 31 – behind the streaking Chris Davis.

Trailing only by a few homers and seriously knocking on the doors of history, expect Cabrera to make a run for the Triple Crown.

So as I said that… 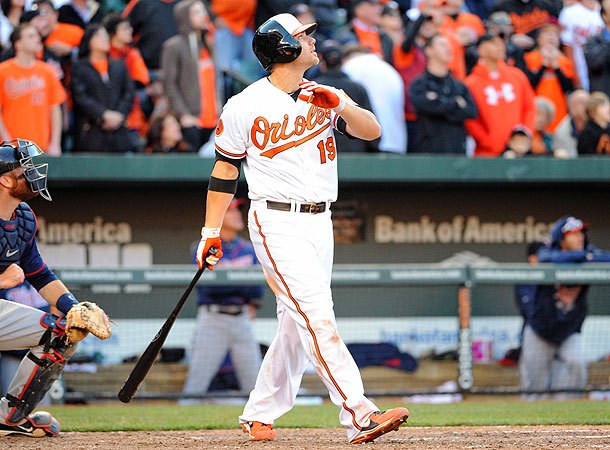 Sorry to disappoint all you homer lovers.

Chris Davis is on fire right now, finishing the season’s first half with a home run in each of the Orioles’ last four games. He is on pace to break the “clean” home run record of 61.

But over the break, teams will find a way to neutralize his power via intentional walks or different pitches.

Plus, I expect that the Orioles going into slide in the second half, so expect Davis to regress on his home production.

Everybody has heard of Tigers starting pitcher Max Scherzer’s 13-1 start, which automatically makes him a favorite to win the award.

However let’s not overreact to small sample sizes.

And with so many other pitchers that would make strong cases for the award, like Texas’ Yu Darvish (who leads the AL in strikeouts), Oakland’s Bartolo Colon, Cleveland’s Clay Buccholz, and even his teammate, Justin Verlander, Scherzer will have a tough time keeping himself in the top five contenders for the award. 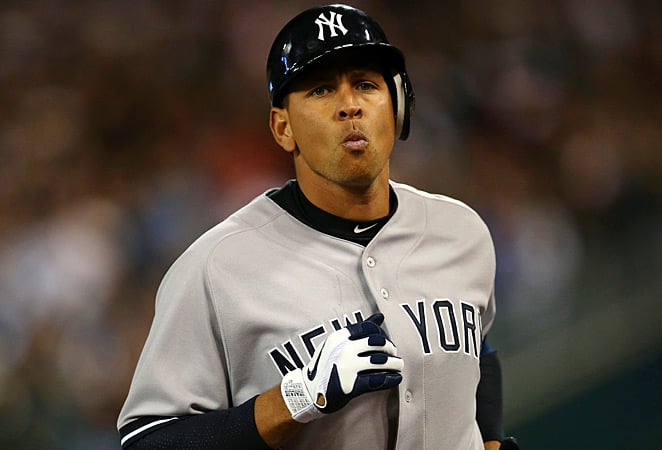 Alex Rodriguez’s return has been delayed by injuries and allegations of involvement in the Biogenesis scandal.

As he is playing right now for the Yankees’ minor league team, expect him to try and return back in the majors as soon as he feels his is ready. He has a chance of redeeming himself, and Yankee fans can be confident knowing what a fired-up A-Rod is capable of. The reality however is that Alex Rodriguez will never  play in pinstripes again and will crush the odds of the Yankees to win the AL East. 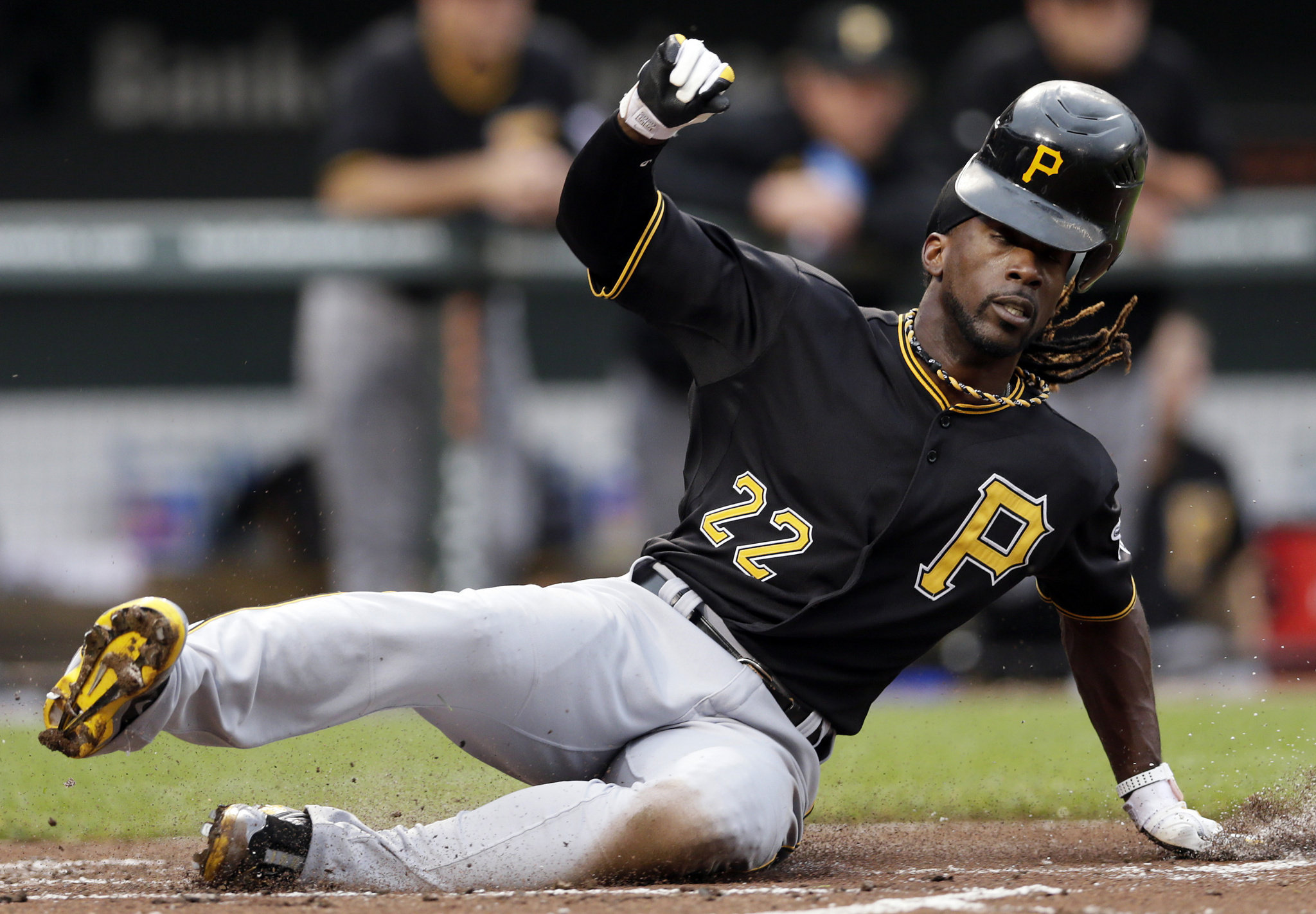 5.    Pittsburgh Pirates finish with winning record, but will not make postseason

For Pittsburgh fans, I have good news and bad news for you.

Good news: After 20 years, your Pittsburgh Pirates will boast a winning record

Bad news: Just like last year, they will dwindle in the second-half, missing the postseason.

This time, they are 19 games above .500 and owning the second-best record in the majors. They are now at the same spot as they were last year. The distance will be good enough to give them winning record, but they will continue their trend of falling in the second-half, thus barely missing the postseason. 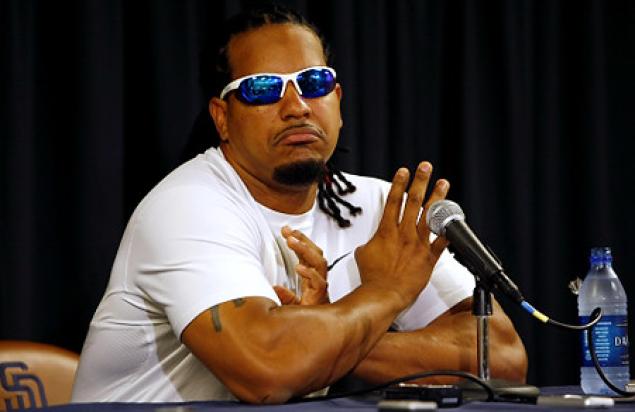 The last time we saw Manny Ramirez, he was reviving his career in Taiwan. He did well enough to make contenders in the majors looking for his services.

The Rangers brought him back for a minor league deal, but with the team making a serious push for the division crown – they are two games behind Oakland – look for Manny to make the roster to be their powerful designated hitter. 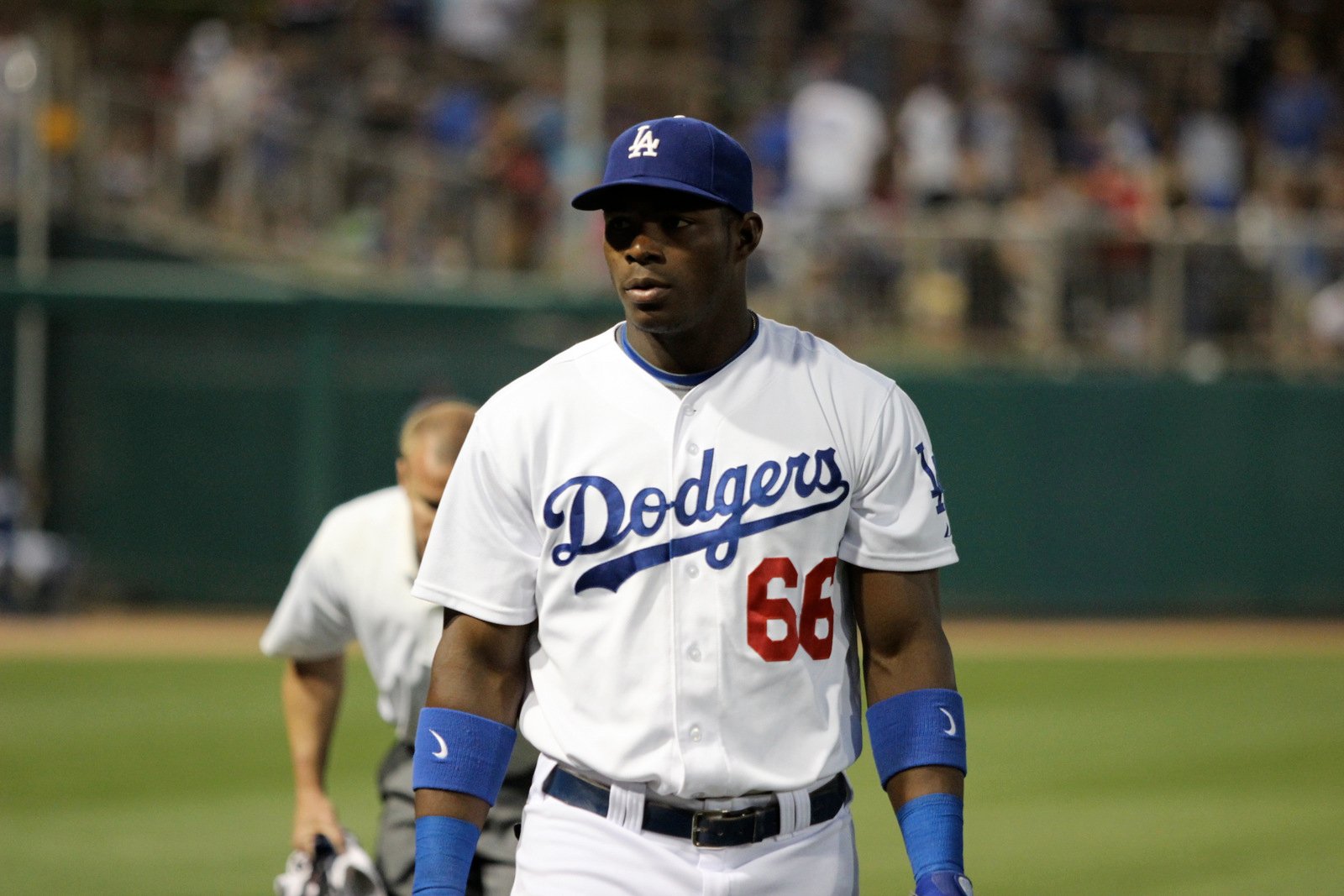 7.    Yasiel Puig fades to the minors at end of season

The hype already softened, and as the season goes, so will Yasiel Puig.

Despite having a historical first month, the Cuban rookie sensation was snubbed from the All-Star team because of his fading performance.

His poor plate discipline has been exposed and it affected his great stat line from his incredible month. His hits, home runs, and batting average went down as soon as pitchers knew how to alter their throws with him at-bat.

If that continues, he will become another one-hit wonder in the majors. 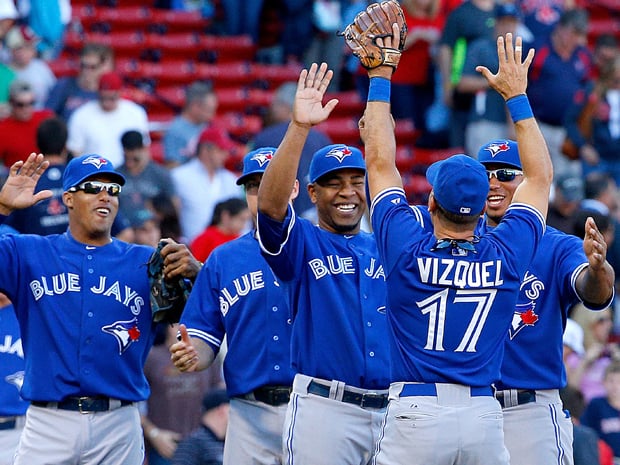 Despite them being 13.5 games behind AL East first-place Boston Red Sox, don’t sleep on the Toronto Blue Jays, as we found out last month, they can catch fire and go on a streak.

J.A. Happ, Brett Lawrie, Brandon Morrow and Sergio Santos will add depth to the team’s already reputable rotation members. Brett Cecil and Munenori Kawasaki have emerged as productive pieces. In the prime of his career, Josh Johnson has incredible potential to be their next ace.  The return of Jose Reyes will add more firepower in the Jays’ offense.

So long as the starters remain healthy, the bullpen will stay fresh and continue to excel. Plus, just about every batter in the lineup contributes power, plate discipline, and speed. 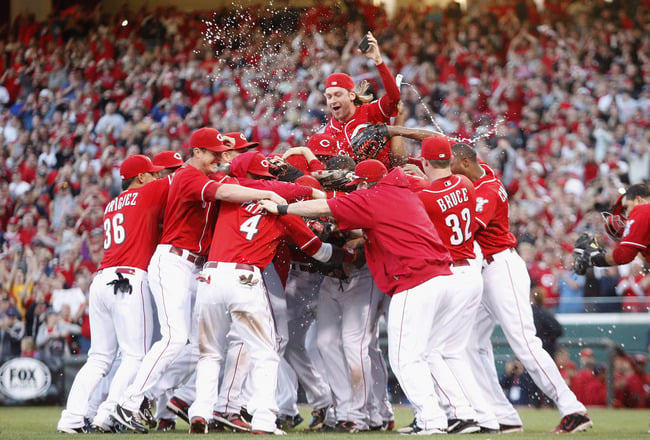 The Cincinnati Reds have been a very strong consistent team locked in a three-way race for the NL Central division.

While the Cardinals will most likely win the division and have the best record in the majors, look for the Reds to showcase reasons why they are the dark-horse contender in the National League.

Shin-Soo Choo’s arrival has bolstered the Reds’ batting roster. Moving Brandon Phillips into the cleanup duty has helped as well, as the Reds having the 3rd most RBIs in the National League this season. Their rotation has been stellar, ranked third in the National League with a 3.38 ERA. And their bullpen is still one of the best, with Johnny Cueto and Aroldis Chapman in the mix.

Look for them to shake off their recent slump and keep their consistency going before surprising the NL in the postseason. 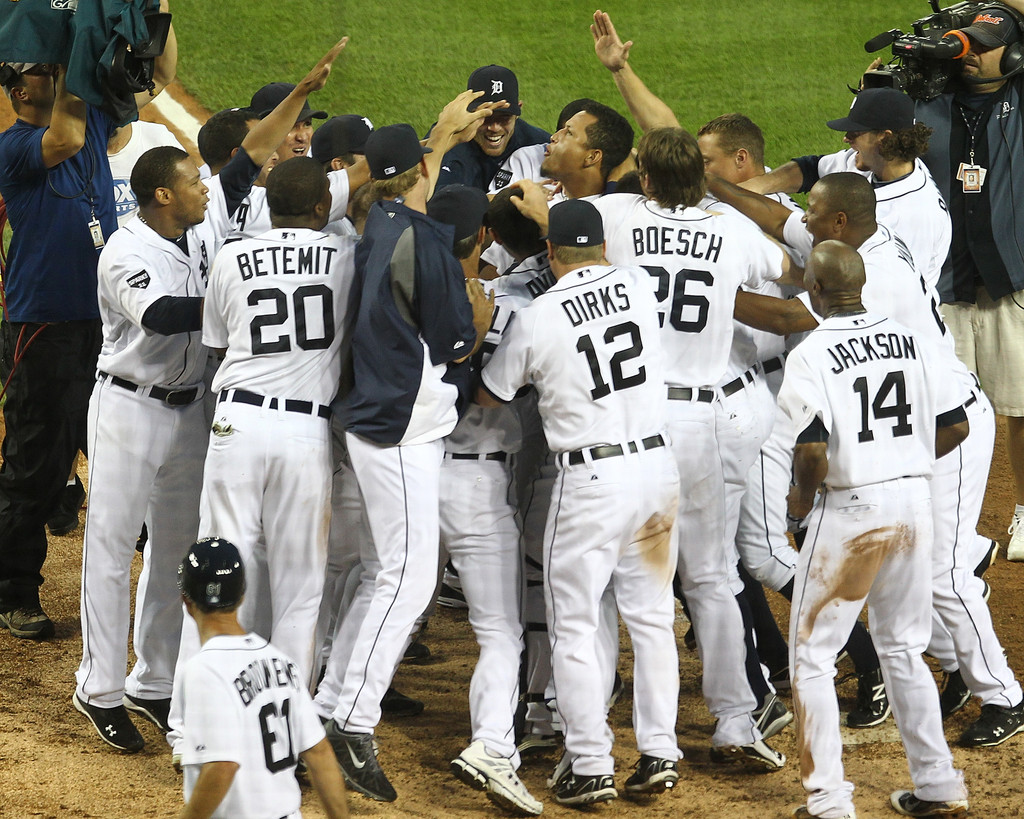 The time has come for the World Series runner-ups.

The Tigers have players enjoying the peak of their careers (Max Scherzer is 13-1 before All-Star break, Cabrera on pace to win Triple Crown) and they still have one of the best pitchers in Justin Verlander. And of course, they have arguably the best player in the league right now only getting better as the season goes.

With the focus on the Red Sox and Athletics competing for American League’s best record, the Tigers can beat the odds and win it all this season, redeeming them from last year’s disappointment.

Do you think we’ve overstepped with any of these predictions for the remaining 2013 MLB season? Will they impact your betting on MLB Futures? Please share this article on Facebook, Twitter, and Google+ and tell us what you think.