10 Reasons Why March Madness Is the Greatest Event in Sports

The Super Bowl, World Cup, NBA Finals, Ryder Cup, Wimbledon, Kentucky Derby, BCS National Championship, Stanley Cup Finals, WrestleMania, Daytona 500 and World Series all make a case as the greatest spectacle in sports. So which is the best and most exciting event to watch and bet on?

Unfortunately for those other sports and their dazzling events, NCAA March Madness, reigns supreme as the best sporting event in America. 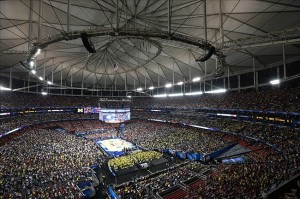 The timing of March Madness on the sports schedule cannot get any better. The NFL season is over, NBA and NHL playoffs have yet to begin, and MLB is still a week away from Opening Day.

There’s not much going on in March and fans are craving for this kind of postseason action. 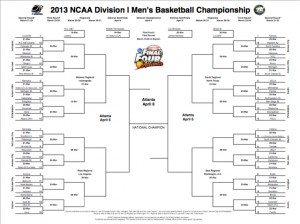 The 68-team tournament bracket provides the most random set of match-ups and most number of teams playing for one prize in such a short time, which makes it so exciting.

Then there’s filling in your own perfect bracket. Even if your bracket is clean or messed up, you’re still going to be hooked by the tournament. Who knows? You may be cheering for the remaining teams in your bracket or cheering against the team that busted your bracket. You become glued not only to the teams you’re a fan of, you start caring about every single score.

Whether you pick against yourself for personal satisfaction or against others for money, it is an exciting way to add intrigue and bragging rights to a nation-wide sporting event.

Plus, the President does it.

Just take a look at how wide-open the field is for the odds to win 2014 March Madness and you’ll see how hard it is for any to stand out above the rest from start-to-finish. 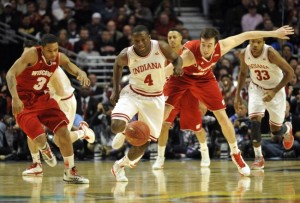 A little move can make all the difference for teams in the tournament. There are no second chances: just win or go home.

There is no room for error.

By maximizing the pressure of every game and increasing the importance of every possession, March Madness automatically thrusts its student-athletes into the biggest game of their careers every night. Watching that makes for a great viewing experience and it makes for moments where you see star get born… 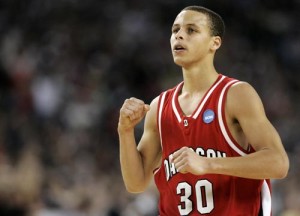 4. Where Stars are Born

March Madness is the time when college basketball stars become legends and virtual unknowns put themselves onto the map. Who can forget Brad Stevens coaching Butler to back-to-back title game appearances, or Stephen Curry’s scoring surge in Davidson’s improbable run, or Carmelo Anthony carrying Syracuse to a national championship as a true freshman?

Every year, several coaches and players emerge from March Madness as household names, even when a few entered as virtual unknowns. Some of them managed to earn a permanent place in our list of greatest sports memories and became NBA stars. 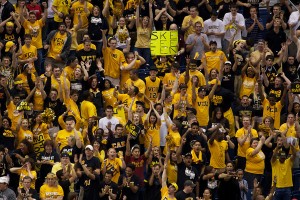 It’s no secret that collegiate sports fans have a passion that is unmatched.

You’ll listen to their loudness and see the singular, intense, sea of crowd of students and alumni who pack arenas to cheer for and against teams. It can get crazy and it’s because these people feel their own pride is on the line.

And that also goes for any bandwagon fans coming along. 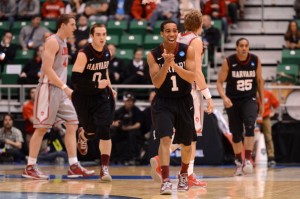 In an age where adventure game shows and talent search competitions have polluted the airwaves, college athletics still offer the purest form of live, unscripted entertainment.

But actual basketball plays second fiddle to March Madness’s real intrigue — the human drama that unfolds before our very eyes as college athletes compete for fleeting moments of glory and once-in-a-lifetime shots at immortality.

Perhaps more than any other sporting event, the single-elimination tournament displays the full range of human emotions —triumphs, jubilation, frustrations and sorrows – that make up our everyday lives. 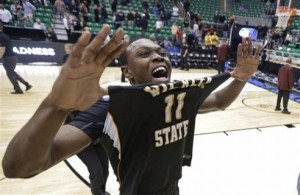 Is there anything better than knowing that players are competing just because of their love for the game?

For all the complaints over the years about college athletes not getting paid, these young men are still battling for something that holds more water than any professional sports franchise. They are playing for pride in themselves, their school and most importantly, their team. 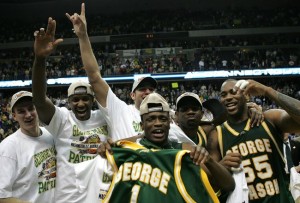 Unlike any other sporting event, Cinderella teams are almost a guarantee in NCAA March Madness. Every year, there is always a team(s) that nobody has heard of making a deep run in the NCAA tournament. It shows that anything can happen in college basketball.

In the past decade, major upsets throughout the tournament have led to major runs by small schools. Most notably in the past few years, like 11th seed George Mason’s Final Four run in 2006, or when No. 5 Butler was a half-court shot away from taking the national title away from Duke. 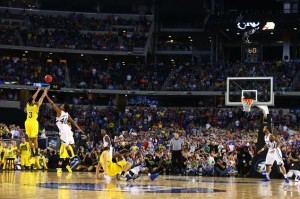 9. Clutch Shots are Bigger than Any Other

There is nothing bigger than a clutch shot or buzzer-beater shot that break hearts and create frenzy at the same time.

Shooting in the last seconds of a crucial game, a make or a miss could continue or end a team’s season. You missed the shot, a heart break occurs. But if you made the shot, a legend is created. Just remember Christian Laettner.

Throughout the tournament, there have been a number of clutch shots that many still remember to this day, like Mario Chalmers’ game-tying three-pointer against Memphis in 2008, Bryce Drew’s “Pacer” shot in 1998 and Lorenzo Charles’ championship-winning putback dunk in 1984.

Just imagine if Gordon Hayward made that half-court shot in 2009. 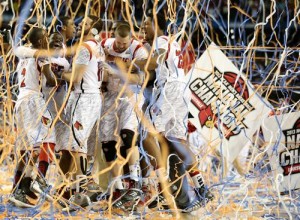 Every year, March Madness has given viewers all the best of sports and entertainment: awesome back-stories, emerging stars, improbable upsets, chaotic close-game moments, and most of all, a true champion that has definitely earned its title.

There you have it: the 10 reasons why March Madness is the greatest event on sports. Every year, from the crazy first two days of the tournament to the moment “One Shining Moment” comes blaring on your television, the NCAA March Madness gives you all those reasons to remind you that you just experience the best month in sports.

If you love March Madness too, make sure to share this article with your friends.

When you’re ready to bet on the most exciting event in all of sports, head over to TopBet.eu to check out which team has the best odds to win March Madness this year.