We’re about halfway through the 2015-16 NHL Regular Season, which means it’s time to take a look at the teams that could shine moving forward. The Washington Capitals have a stranglehold atop the league with their excellent play on both offense and defense. If the Capitals can continue to dominate, then the East (and potentially the Stanley Cup) is theirs for the taking.

[sc:NHL250 ]There’s also a trio of Western Conference contenders who could make a big splash in the race to the Stanley Cup. The Dallas Stars are coming in hot as the West’s best team after a disappointing 2014 campaign. Meanwhile, perennial contenders in the Chicago Blackhawks and Los Angeles Kings also won’t be denied of a chance to tear it up come playoff time.

While the favorites are making a big case for their selves, there are also a couple of teams who could potentially explode to take the Stanley Cup by storm. The Florida Panthers are playing out of their minds, and the San Jose Sharks will be dangerous once they find their groove.

Read on for everything you need to know about the Stanley Cup contenders heading into the second half of the NHL season.

Then, catch some more some exciting hockey betting action this Thursday night with our complete previews for the Rangers vs. Islanders and Red Wings vs. Coyotes.

The Washington Capitals are the biggest favorites to win the 2016 Stanley Cup due to their excellent and consistent play. The Capitals have a league-high 67 points thanks to a stellar 32-7-3 record. They also own a league-high +49 goal differential this season.

The Capitals will be very difficult to beat because of their pair of excellent players on both ends of the rink. Alex Ovechkin is the deadliest scorer in the league and leads the NHL with 26 goals, while Brian Holtby has the most wins (27) among all goaltenders.

The Capitals deserve all the hype they’re getting, and are currently priced at +500 to win the Stanley Cup. 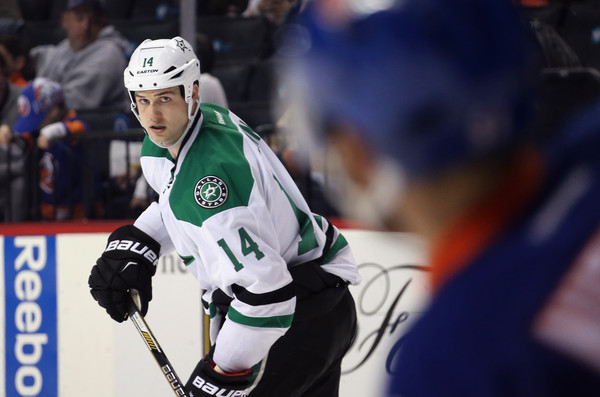 Yes, the Capitals are the favorites; they’ve been the league’s best team for a while now. But the Western Conference seems to have a lockdown on the Stanley Cup for the past four years. And as of the moment, The Dallas Stars are the West’s best team with a conference-best 62 points.

The Stars have the league’s deadliest offense, scoring 3.3 goals per game. The duo of Jamie Benn and Tyler Seguin has been killing it this season as well. Benn leads the team with 53 points and 25 goals, while Seguin is just a step behind with 51 points and 24 goals. They’ve benefitted greatly from the addition of veterans Patrick Sharp and Johnny Oduya, who bring some much needed championship experience to the team.

Having Sharp and Oduya on the team could be what brings the Stars to the next level. They’re +600 to win the Stanley Cup.

The Chicago Blackhawks are once again one of the Western Conference’s most dominant teams. But what separates the Blackhawks from the rest of the pack are their two championships in the past three years.

The Blackhawks’ core of Jonathan Toews, Duncan Keith and Patrick Kane is still very much intact. Keith is fresh off a solid Conn Smythe Trophy-winning Stanley Cup Finals performance, while Kane currently leads the NHL with 63 points this season. the team also has of the best goalies out there in Corey Crawford.

Chicago is the closest the league has to a dynasty, and they’re hot picks to win the Stanley Cup at +650. 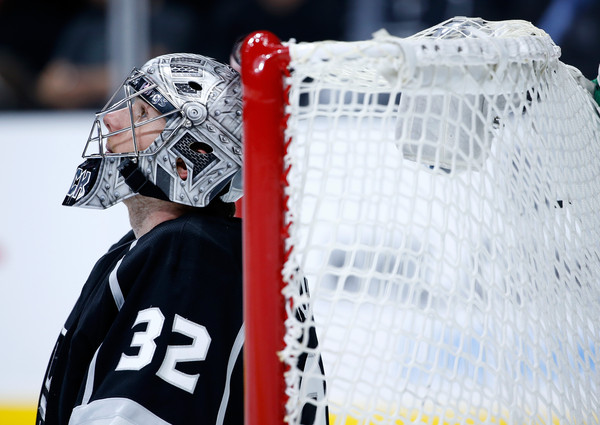 Speaking of dynasties in today’s hockey landscape, the Los Angeles Kings have won the Stanley Cup in two of the past four seasons as well. Now they’re out for even more blood after a disappointing 2014-15 campaign — the Kings won the 2014 Stanley Cup but failed to even make the playoffs the next season.

It all starts with solid goaltending from Jonathan Quick, who has the second-most wins (24) this season. The Kings rank third in goals-against average this season, allowing just 2.1 goals per game. While the Kings’ offense has mostly been average (15th in the league with 2.6 goals per game), things can quickly go south for their opponents when they get a man advantage. The Kings are eighth in the league in power play percentage, scoring on 20.3 percent of such opportunities.

It’s going to be difficult to stop the Kings. They’re going all-out in an attempt to win their third Stanley Cup in the past five years, and they’re priced at +700 to do so.

They say elite goaltending wins championships. If that statement holds true, then you have a +1,500 sleeper to look out for: the Florida Panthers. The Panthers have the best goaltending unit in the league, holding opponents to just 2.1 goals per game. Goalie Roberto Luongo, in particular, has been solid thus far with a 2.08 GAA and three shutouts in 33 starts this season.

But it’s not just all about score prevention for the Panthers. The offense has been clicking enough to win games too, thanks to the resurgent play Jaromir Jagr, with the ageless wonder leading his team with 15 goals and 32 points this season. He’s also had plenty of support from a trio of solid scorers in Aleksander Barkov, Vincent Trocheck and Reilly Smith, who each have 12 goals this year.

Expect the Panthers to give it everything they got in what has been an excellent season thus far. They won’t be pushovers at all, especially in the playoffs when elite goaltending makes all the difference. 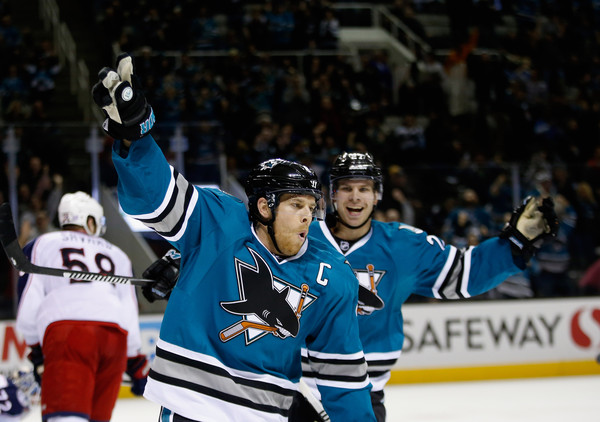 If there’s one team to fear in the league, then it’s probably one that can fire on all cylinders to net pucks left and right. The San Jose Sharks fit that bill perfectly, ranking sixth in the nation with 2.9 goals per game. The Sharks are also just fresh off a three-game win streak as we speak, scoring 16 goals combined to beat Toronto, Calgary and Winnipeg.

The Sharks are also pretty solid when on the man advantage, scoring on 21 percent of power play opportunities. What could hurt the Sharks, though, is their questionable goaltending. San Jose ranks 23rd in the league in that department after allowing 2.8 goals per game. Starting goaltender Martin Jones hasn’t been too solid this season, going 18-13-2 with a 2.47 GAA in 34 games. Then again, Jones has a handful of incredible games as well (four shutouts for the season) to boost his resume entering the pivotal postseason.

Create a betting account now and make your Stanley Cup futures bets as early as today.