The future of American women’s tennis will be proudly representing the country in the first round of its home Grand Slam, the US Open. Sloane Stephens, fresh off her first taste of victory in the WTA, will face off with another young American in Coco Vandeweghe. Meanwhile, rising star Madison Keys will look to continue her good form in the Grand Slams against veteran Klara Koukalova.

[sc:Other240banner ]Sloane Stephens will head into this year’s US Open full of confidence after bagging her first career singles title at the Citi Open earlier in August. The 22-year-old did so in very impressive fashion, as she didn’t even drop a single set en route to the title.

Stephens hasn’t had the same amount of success in the US Open as she has in other Grand Slams – she reached the semifinals of the Australian Open and the quarterfinals of Wimbledon in 2013 – but she has managed to get out of the first round at Flushing Meadows in each of her last four appearances.

However, that streak will be under some threat as she faces fellow American youngster Coco Vandeweghe. The 23-year-old hasn’t had the greatest season in 2015 – she’s just 16-17 on the season and 6-9 on the hard surface – but she did reach the quarterfinals of Wimbledon, where she took Maria Sharapova to three sets.

More importantly, Vandeweghe has won two of three career head-to-heads against Stephens, both coming on hardcourt. Those meetings came in 2010 and 2012, though. Stephens won their most recent meeting on the clay courts of Strasbourg in straight sets earlier this year.

Create a betting account now and take part on all the action from tennis’ last Grand Slam of the season. 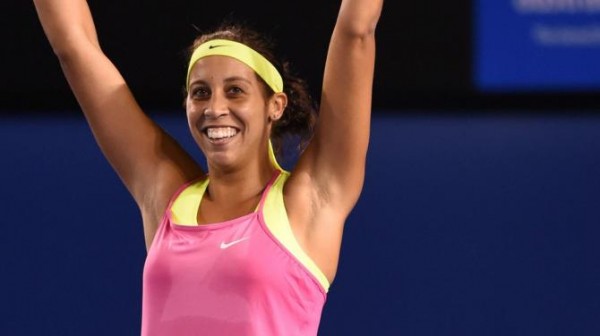 The Madison Keys hype train has accelerated quickly this season after the young American’s very solid Grand Slam performances. The 20-year-old broke out with a surprise semifinal run at the Australian Open, and most recently reached the quarterfinals at Wimbledon.

However, it’ll be interesting if Keys can recreate her strong showing in the hardcourts of Melbourne at Flushing Meadows. She has historically struggled on hardcourt, going just 39-33 in the last three years on the surface, including an 11-8 record this year. But she has a very good chance of at least making it to the second round, as she is 2-0 in two career meetings against first round foe Klara Koukalova.

Koukalova has struggled mightily with her game thus far this season, going just 16-23 overall and 3-7 on the hardcourts. Moreover, Koukalova has a simply appalling US Open record. She’s failed to get past the very first round at Flushing Meadows in 11 career attempts.