David Goffin was a victim of a first-round upset—thanks to Jared Donaldson—at the US Open. That early exit surely surprised many, but don’t expect the redemption-seeking Belgian to suffer a similar fate at Metz, France for the 2016 installment of the Moselle Open.

For one, the road has become quite easier, particularly due to the unfortunate withdrawal of defending champion Jo-Wilfried Tsonga. With him out of the scenario, it’s no surprise that Goffin, who won the tournament back in 2014 and remains desperate for his first title of the year, looks primed to win it all.

Also, Goffin’s hard-court prowess makes him such an intriguing favorite in this event. On the season, he’s won 18 of his 26 total matches on hard courts, 16 of which were played outdoors. Goffin split his four matches on indoor hard courts, however.

Gilles Simon was also on the wrong side of an upset at the US Open, losing to Paolo Lorenzi in the second round after five close sets. It’s been more than a year since we last saw him hold a title, but that drought could come to an end here at the 2016 Moselle Open.

Apart from being one of the hometown favorites, the 31-year-old Frenchman boasts an impressive history in this tournament. He’s won it twice (2010 & 2013) already, and finished as the runner-up just a year ago. Those experiences should catapult Simon to at least another deep finish. 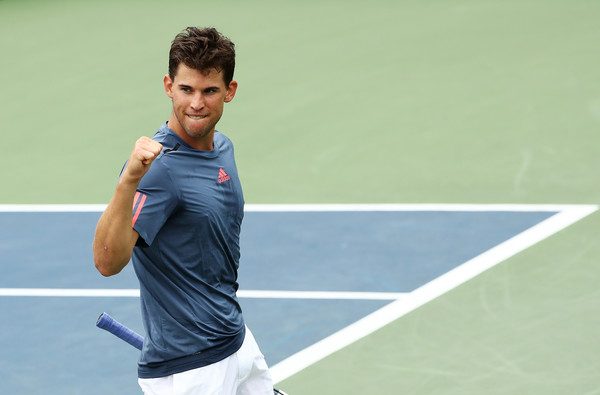 Marking Dominic Thiem, who currently holds the No. 10 spot in the ATP rankings, as a sleeper can be an insult to a number of folks. But there is a valid reason for this: health.

The Austrian’s US Open campaign was cut short in the Round of 16, where he was forced to unexpectedly retire due to a troubled left wrist. The World No. 10 has been able to rest and recover from the sustained injury, but even so, there’s a relatively good chance that it should somewhat hinder him from playing his best tennis in Metz.

Illya Marchenko is a pretty attractive long shot. He’s on a relatively strong stretch right now after reaching the fourth round of the US Open, which was his best finish in a Grand Slam event to date. It’ll be interesting to see if he can continue that success at Metz next week. Marchenko is 11-10 on hard courts this season.

A healthy Dominic Thiem shows up, and eventually wins it all in Metz.

Create a betting account now and put your tennis predictions to the test!