The year 2015 in women’s tennis undoubtedly belonged to Serena Williams. The 34-year-old American and World No. 1 had arguably the greatest season in her illustrious career as she compiled three Grand Slams in a row, a streak which began Down Under. [sc:AUS15-250 ]After falling short in the US Open, Serena will be out to get her Grand Slam streak started once again in the 2016 Australian Open, which begins on January 18th.

Can any of the other top women’s players in the world go out and end Serena’s reign of dominance? Let’s take a look a the other top favorites besides Williams, as well as the top sleepers and long shot for the year’s first Grand Slam. Meanwhile, check out our complete preview of the men’s draw here.

Serena Williams’ dominance last season cannot be understated. The World No. 1 went 50-3 on the year on her way to picking up 17 singles titles, including the aforementioned three Slams.

[sc:Other240banner ]There’s no surprise to see Serena installed as the overwhelming favorite at +175 to successfully defend her crown. However, it remains to be seen how long the 34-year-old’s body can continue her incredible winning pace. She has already pulled out of the Brisbane event due to injury concerns.

Furthermore, she hasn’t had the greatest track record in Australia in recent years. Her win last year was her first Aussie Open crown since 2010. 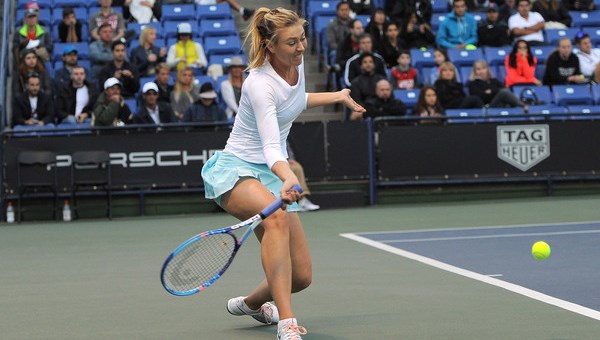 Last year’s losing finalist Maria Sharapova is a somewhat distant second at +600, although her chances of winning a second Australian Open crown are inextricably linked with Williams remaining in contention. That’s because Sharapova has simply been unable to beat Serena, going just 2-18 in their 20 career meetings.

However, if Serena does suffer an early exit, Sharapova should be the woman to beat, especially on hardcourt. She’s won 58 out of her last 74 matches on the surface over the last three years.

Victoria Azarenka, who is similarly priced at +600, also has an awful 3-17 record against Serena, and fell to the World No. 1 at both the French Open and Wimbledon last year. After an injury-hit 2014, though, Azarenka had quite a promising 2015 as she went 31-13 overall.

With a full year to shake off the rust from her game, the current World No. 22 and is getting closer to the form that saw her win back-to-back Australian Open titles in 2012 and 2013.

Ekaterina Makarova sure likes those hardcourts. The 27-year-old has gone a combined 48-21 on the surface in the last two years, which included back-to-back semifinal appearances at the 2014 US Open and last year’s Australian Open. The current World No. 23 has reached the last eight in Melbourne three times in the last four years, and should provide some decent value at +3,000 to win her first career Slam this year.

Create a betting account now and cash in on tennis’s first Grand Slam event of 2016. 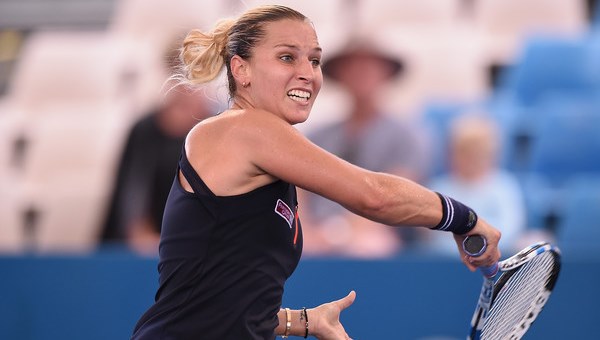 Cibulkova is another Russian hardcourt specialist that could be a tasty Aussie Open sleeper. Priced at +4,000 to win it all, Cibulkova has a more than decent track record in Melbourne over the last few years. She was one match from winning it all in 2014, but was routed in straight sets by Li Na.

She also reached the quarterfinals last year, and might have gone even further if she hadn’t had the misfortune of being in Serena Williams’ bracket.

Heather Watson hasn’t even gotten past the third round in any of the four Grand Slams in her career, so expecting her very long +8,000 odds to suddenly pay off this year is wishful thinking. However, the 23-year-old Brit made some huge strides last year, especially on hardcourt, which she is expected to build upon this season. She went 12-10 on the surface, and claimed her second career singles win at the hardcourts of the Hobart International.