The 2017 Stanley Cup Final is bound to be an instant classic, with the reigning NHL champions set to take on the ultimate underdogs from this year’s postseason.

Will the Pittsburgh Penguins successfully defend their title, or will the Nashville Predators win their first Stanley Cup in franchise history? Join us as we break down this monumental clash below.

How They Got Here

The Pittsburgh Penguins’ (-160) road in the playoffs at becoming the first back-to-back Stanley Cup champions in almost two decades was paved with great adversity. After handling the Columbus Blue Jackets with relative ease in the first round in five games, they were taken to the limit by the Washington Capitals and the Ottawa Senators in the succeeding rounds. But in the end, Pittsburgh’s postseason experience won out, prevailing with tenacious Game 7 victories over the Caps and the Sens.

Meanwhile, the Nashville Predators (+130) entered the postseason as the eighth seed in the West and the 16th seed overall, meaning that they could very well become the first team in NHL history to win the Stanley Cup in such a position. Nashville’s run began with a shocking sweep of the Chicago Blackhawks. The team then needed no such do-or-die contests in eliminating the St. Louis Blues and the Anaheim Ducks, beating both clubs in six games the advance to its first-ever Stanley Cup Final.

The two teams split their head-to-head meetings during the regular season, with the Preds taking the first contest on October 22, 5-1, and the Pens answering back with a 4-2 win on January 31st. 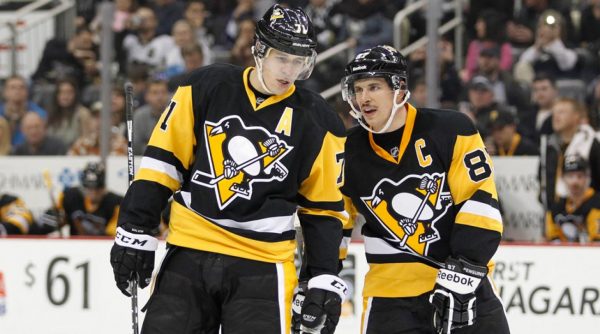 There’s no question that the Penguins are back in the Stanley Cup Final for the second-straight year mainly due to their offensive firepower. Superstars Sidney Crosby and Evgeni Malkin have led the charge fantastically, with the two combining for 44 points in the playoffs and with Malkin leading all players this postseason with 24. Veteran right wing Phil Kessel has been spectacular as well with 19 points and having the same number of goals scored as Crosby and Malkin (seven) to go with his team-best plus/minus of plus-11.

The Predators, on the other hand, managed to generate enough offense down the stretch despite the absence of standout center Ryan Johansen. Johansen, who leads all Nashville players with 10 assists in the playoffs, missed the final two games of the series against the Ducks after injuring his left thigh and will be out for the remainder of the season finale. Nonetheless, Filip Forsberg has done a tremendous job filling in for his comrade, scoring a team-high eight goals and having a whopping plus/minus of plus-17 to lead all players in the postseason.

What made the Predators such a tough out in the playoffs was their spectacular corps of blueliners. Conn Smythe Trophy candidate P.K. Subban and All-Star Roman Josi make for arguably the best pairing of defensemen in the NHL, and they were indeed intergral to their team’s success at that. Nashville ranks fourth this postseason in penalty-kill situations (88.4 percent) and they’re the only team to allow less than two goals on average per game.

The Predators may be missing a few key pieces on offense, but Pittsburgh’s defense took a huge blow itself when Kris Letang suffered a neck injury early in April. With the team’s top defender on the shelf and not able to see any action in the playoffs, the Pens were a mere ninth in the postseason in penalty-killing (84.9 percent), and committed 21 more penalty-in-minutes and allowed a little over two and-a-half more shots to their opposition compared to the Predators.

Whether it was Matt Murray or Marc-Andre Fleury between the pipes, Pittsburgh was bailed out time and again by its prolific goaltending duo, with the team having allowed just 2.21 goals per game – fifth amongst all playoff teams. Murray has battled with injuries himself throught this postseason, but has been solid as a rock since returning as his team’s true starter in Game 4 of the conference finals, posting a superb .946 save percentage in the final four games of the series against the pesky Senators.

However, there’s really been no better netminder in the playoffs than Nashville’s Pekka Rinne. The Finnish veteran has virtually been impenetrable in his finest postseason campaign, leading all goalies with 12 wins and a sweet .941 save percentage. Rinne has also started all 16 games for the Preds at that, making his postseason-best 1.70 goals-against average all the more impressive. Then again, all those minutes rendered in front of the net may come back to bite the 34-year-old just as well.

The Predators (+130) make history by pulling off the upset over the Penguins in seven exhilarating games.

Create a betting account now to cash in from the much-awaited Stanley Cup Final this instant!