The Baltimore Ravens have had a forgettable and injury-filled season, but they gave themselves something to smile about after a shocking triumph over the playoff-seeking Pittsburgh Steelers last Sunday. The Ravens will now look to do the same thing when they square off with the Cincinnati Bengals for their regular-season finale. Can they do it once more? Or will the Bengals remind them of their place?

Read on below for a complete breakdown of this AFC North showdown. And while you’re at it, check out our other Week 17 previews of the: Seahawks vs. Cardinals and Saints vs. Falcons.

Betting on the Baltimore Ravens (5-10)

[sc:NFL250 ]Many expected the Baltimore Ravens to lose their matchup with the Pittsburgh Steelers last Sunday. But in a shocking turn of events, the Ravens pulled of the upset, 20-17, and ended their three-game slide while also notching their fifth win of the season.

Much of the credit goes to their newly-signed quarterback in Ryan Mallett, who wasted no time in providing a pretty solid Ravens debut. He completed 28 of his 41 passes for a career-high of 274 yards along with a touchdown and zero interceptions.

Apart from Mallett, the defense also played its part in the win, forcing Ben Roethlisberger to a pair of interceptions and just 227 passing yards.  The Ravens will now strive to replicate that all-around performance when they set foot on the field versus the Cincinnati Bengals at the Paul Brown Stadium this coming weekend. Baltimore is 2-3 SU and 3-1-1 ATS in its previous five road games.

The Ravens’ passing game, which averages 265.8 yards per contest this season, will remain to be their most lethal weapon and Mallett will likely be targeting the team’s leading-receiver Kamar Aiken, who has tallied 802 receiving yards with five touchdowns across 14 games, all game long.

Meanwhile, if things fall short through the air, they could opt to add some plays on the ground and look to the pair of Buck Allen and Terrance West to make some noise. The two running backs haven’t reached the end zone yet this season, but they have 518 rushing yards combined.

Betting on the Cincinnati Bengals (11-4) 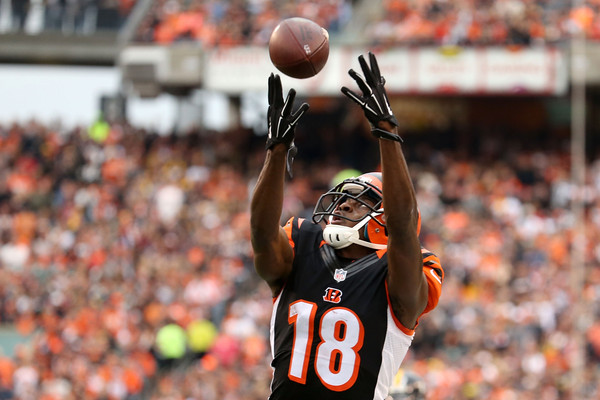 Following a 10-point win over the San Francisco 49ers in Week 15, the Cincinnati Bengals couldn’t stay on track against the Denver Broncos Monday night. Brock Osweiler’s performance of 299 passing yards with a touchdown and zero interceptions was just enough to help the Broncos squeak out the 20-17 overtime victory.

It was indeed a really tough loss for the Bengals, who had 14-3 advantage at the end of the first half and were still without Andy Dalton. They have now likely lost their chance of earning a first-round bye in the postseason and might have to settle for a more challenging path.

But before thinking of the playoffs, the Bengals will still need to take care of business in their regular-season finale opposite the visiting Baltimore Ravens this weekend. Cincinnati is 3-2 SU and 2-2-1 ATS in its past five home games.

The Bengals’ chances of winning this one will heavily depend on how well AJ McCarron will play. He’s thrown for 672 yards with four touchdowns since replacing Dalton behind center. McCarron, though, suffered his own injury in the last play of the Broncos game, and his status for the Ravens game will depend on good news from the scheduled MRI on his wrist.

If McCarron is cleared to play, heshould be able to find the team’s leading-receiver in A.J. Green against a Baltimore defense that’s yielding 25.1 points and 239.0 passing yards per game.

Green has been limited to 94 yards on six receptions in the last two games, but he can explode at any given moment. The 27-year-old wide receiver has tallied 1,263 receiving yards with nine touchdowns. Green’s also eclipsed the 100-yard mark four times this season.

Cincinnati wins, 26-13. Create a betting account now and cash in on all the NFL regular season action.