The Baltimore Ravens (+450 to win Super Bowl 54) are on cruise control with Lamar Jackson at the helm of their ship. However, they can’t be too confident in their chances against the Los Angeles Rams (+4000 to win the Super Bowl) who could be the iceberg to the Ravens’ Titanic. 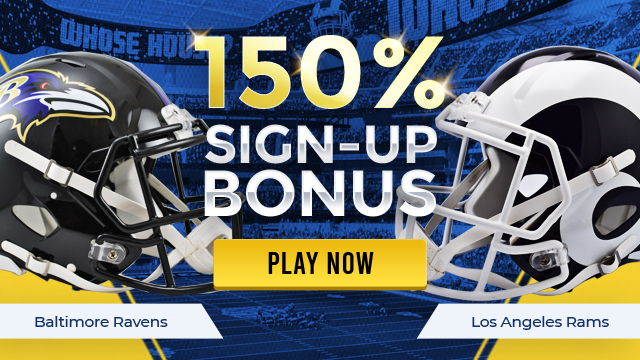 Betting on the Baltimore Ravens (8-2)

What is there left to say about Lamar Jackson? The dual-threat quarterback of the Ravens struck again with a golden performance in Week 11, as he tossed for four touchdowns and finished with 222 passing yards with zero interceptions in a 41-7 demolition of a win over the Houston Texans at home. Jackson is making a strong bid for MVP honors, which should only grow more intense with each dominant performance he’ll come up with. He can be slowed down by the Rams’ defense, which features a generational defender in Aaron Donald, but Los Angeles was also the same team that lost to a Mason Rudolph-led Pittsburgh Steelers just two weeks ago. Jackson has the ability to make stout defenses look pedestrian. The Ravens are pacing all teams in the NFL with 34.1 points per game.

The Ravens are 5-1 straight up (SU) in their last six road games.

Betting on the Los Angeles Rams (6-4)

The Rams kept their heads just a little bit above water with a 17-7 win at home over the Chicago Bears last Sunday. Still, the Rams wants to see a much better showing on offense going forward. Jared Goff passed for just 173 yards and was intercepted once while also not throwing a single touchdown in the Bears game. Meanwhile, running back Todd Gurley rushed for 97 yards and a touchdown but averaged just 3.9 yards per carry. The Rams’ defense was the big difference in that game, as they were able to help magnify the reasons why Mitchell Trubisky isn’t a good quarterback. Trubisky was held down to only 190 passing yards and got picked off. Going back to the Rams’ offense, the team is hopeful that they’ll get Robert Woods back after the wide receiver missed some games due to personal reasons. He is reportedly practicing this week ahead of the date with Baltimore.

The under is 5-0 in the Rams’ last five games overall.