Best Games to Bet On Today: Alabama vs. Oklahoma & Warriors vs. Heat

Alabama won’t be celebrating another national championship this year, but can AJ McCarron deliver a sweet consolation prize for his team? Plus, can the Heat weather the potential absence of Dwyane Wade against the streaking Warriors?

Denied a shot at a third straight national title, Alabama are the heavy favorites to take home another bowl game; the Crimson Tide are 5-1 SU under head coach Nick Saban in bowl games. Saban’s lone loss came in 2009 — in the Sugar Bowl. [sc:NCAA240banner ]

QB AJ McCarron will be looking to end his collegiate career with a victory. The senior has thrown two or more TDs in 7 of his last 8 games. Two touchdowns are usually all Alabama’s defense needs; the Tide have allowed just 11.7 points per game this season. Alabama is 4-0 ATS in its last 4 bowl games.

Meanwhile, Oklahoma will make its first Sugar Bowl appearance since losing the national title to the Nick Saban-coached LSU in 2004. The underdog Sooners hope that the mystery shrouding their quarterback situation tonight could give them an edge. Coach Bob Stoops hasn’t disclosed whether Blake Bell or the the ailing Trevor Knight will start under center.

Regardless, Oklahoma will still likely lean on its running game (235.8 yards/game, 18th in FBS), which averaged 290 yards in the final three games of the season. The Sooners are 4-1 ATS in their last 5 games overall. 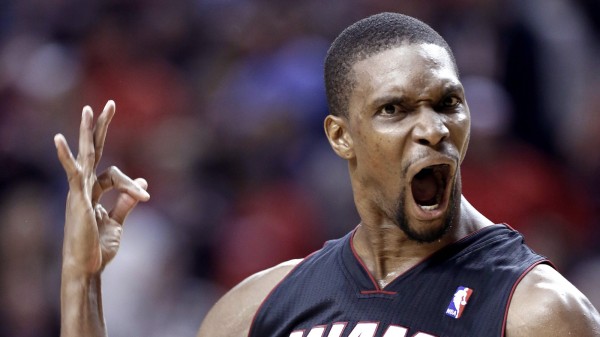 Winners of their last six games, Golden State begins 2014 as the hottest team in the NBA. With Splash Brothers Stephen Curry and Klay Thompson prone to off shooting nights, David Lee has emerged as the Warriors’ most consistent player. Lee is averaging just over 21 points during the streak, and has shot 50% or better in the last five games. The Warriors are 7-1 ATS in the last 8 meetings in Miami.

Right there with the Warriors are the equally hot Miami Heat, who are 8-1 SU in the last nine games. Despite Dwyane Wade continuing to miss games, the Heat are still in good hands with LeBron James. The reigning MVP is in the midst of an incredibly efficient stretch where he’s shooting over 50% in his last eight games. The Heat are 7-3 SU in their last 10 games against Golden State.