Best Games to Bet On Today: Nets vs. Raptors & Kings vs. Sharks

The Brooklyn Nets and the Toronto Raptors have put up an entertaining and competitive series. Which among these teams will take the 3-2 series lead? In the NHL, the fierce rivalry of the Los Angeles Kings and the San Jose Sharks has reached Game 7. Can the Kings complete a royal comeback, or will the Sharks reign supreme?

[sc:NBA240banner ]After being outplayed down the stretch of Game 4, the Brooklyn Nets need all their veterans to show up on a consistent basis or else the young Raptors may take the series away.

One of whom is guard Deron Williams. Williams only had 10 points in the Nets’ 79-87 loss last game, and had only 15 in the team’s 95-100 loss in Game 2. In Brooklyn’s two wins in the series, Williams put up an average of 23.5 PPG. Indeed, Williams’ play has become the barometer for the Nets in the series.

The Nets look for Williams and other vets like Joe Johnson (19.5 PPG in the series) and Paul Pierce (15.5 PPG) to explode in Game 5 on the road. Brooklyn is just 1-3 SU and 1-2-1 ATS in its last four games away from Barclay Center.

Betting on the Toronto Raptors

The pair of DeMar DeRozan (24.5 PPG in the series) and Kyle Lowry (18.3 PPG) have continued to give the Nets headaches, and Brooklyn seems to be incapable of stopping them. With the series shifting back to Toronto for Game 5, the backcourt duo has a good shot at leading the team closer to the second round of the Playoffs. Toronto is 7-3 SU in its last 10 home games.

With DeRozan and Lowry outplaying their Brooklyn counterparts, the Raptors big men should step up to give the team more angles on offense. Amir Johnson did just that in Game 4, scoring 17 points. However, Lithuanian big man Jonas Valanciunas only had six in that contest.

The Raptors’ defense has allowed Brooklyn to score just 92.5 PPG in the series – second best in the postseason – but the total has hit the over in seven of their last 10 games overall.

It’s time for the Nets to show what a team filled of veterans could do in a series this tight.  Joe Johnson and Paul Pierce will rule this game, thus propelling Brooklyn to win and cover +3.

Betting on the Los Angeles Kings

The LA Kings are one win away from completing a comeback of epic proportions, but they have to do it at the Shark Tank, where they are just 2-8 SU in their last 10 games there.

After allowing San Jose to score a ridiculous total of 17 goals in the first three games, Jonathan Quick and the rest of LA’s defense came to life.  Quick has seemingly recovered the form that won him a Conn Smythe Trophy in 2012. He stopped all 30 of the Sharks’ shots in Game 5 and allowed just one goal out of 26 shots by San Jose in Game 6. Since Game four, the Kings allowed San Jose to score just four goals.

In the last eight times in which a team came back from a 0-3 hole and forced a Game 7, three of which had won the series. 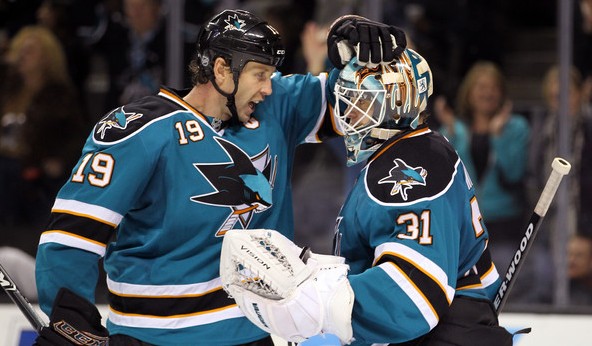 Over the last three games, Game 5 and 6 in particular, the Sharks’ once torrid offense apparently cannot figure out Kings goalie, Jonathan Quick. San Jose hopes that playing at home ice in Game 7 willawaken the Sharks’ scoring. The team is 3-1 over in its last four home games.

The Sharks have technically been playing bad defense throughout the series, only winning the first three games simply because of their prolific offense; they have allowed the Kings to score at least three goals in all but one game in the series. If the Sharks can’t find the back of the net like they used to, then defense holds the key for their victory in Game 7.

San Jose is 3-1 SU in its last four games at SAP Center.

Momentum matters in this series and it’s clear that Los Angeles has it, which would be valuable in Game 7. The Kings will complete an unbelievable comeback with a win tonight at the Shark Tank.