Pick your fancy. Bring out the skates and join in on some NHL fun as the Washington Capitals take on the Pittsburgh Penguins in an explosive Eastern Conference clash. Not into hockey? Then lace up your sneakers and get some action in a hot SEC matchup in college basketball between the Kentucky Wildcats and the Tennessee Volunteers. Fan of both? Then read on and enjoy today’s edition of the best games to bet on.

While college hoops and the NHL can surely give us our fill of sports action, the NBA has so much in store later this week. Check out our complete previews for Thursday’s Mavericks vs. Thunder and Spurs vs. Clippers.

[sc:NHL240 ]Alex Ovechkin fired off two goals and assisted in two more, while Andre Burakovsky netted another two and the Washington Capitals routed Anaheim 5-3 on Sunday night. Ovechkin now has a total of seven points in a four-game points streak. He can extend his streak further against Pittsburgh after getting on the scoreboard twice in a 4-0 rout on January 28.

The Caps have been close to unstoppable against Pittsburgh this season. Take Washington at a nice price of +130. 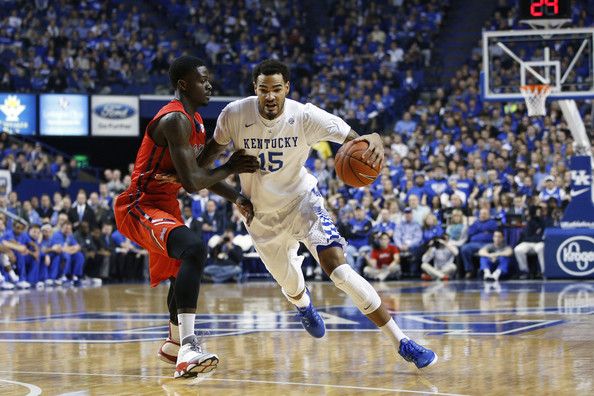 No. 1 Kentucky matched the program’s best start of 25-0 record after its 77-43 rout of South Carolina. The Wildcats set their sights on a new challenge in unranked Tennessee. If the Wildcats have a weakness, then it is their constant struggle on the road. They’ve gone 0-3 ATS in their last three games on the road.

The Vols have a few aces up their sleeves in the deft hands of Josh Richardson and Kevin Punter. Richardson has averaged 2.1 steals per game, while Punter has 1.8. The two should be able to hound Kentucky’s Aaron Harrison, who’s committed 14 turnovers in six conference road games. A few extra possessions could go a long way for Tennessee.  The Vols have split their last four home games against Kentucky.

Kentucky sets the record for the program’s best start, but fall short of covering the spread. Take Tennessee at +14.5.

Get yourself some big wins from today’s hottest matchups. Create a betting account now and get these picks in.