The Oklahoma City Thunder and Memphis Grizzlies retain their places atop the NBA betting rankings thanks in large part to their consistently great superstars. They’re followed by some of this season’s pleasant surprises, including the team with a winning record for the first time in four years.

[sc:NBA240banner ]Despite Oklahoma City’s 10-game winning streak coming to an end this week, the Thunder still keep the top spot in rankings thanks to a 9-1 SU/8-2 ATS record over their previous 10 games. Kevin Durant continues his MVP push by leading the team in scoring for every single one of those games.

OKC can capitalize on a relatively easy schedule this week. Three of its four games will come against teams .500 or worse. The Thunder are 17-2 SU against  teams .500 and under.

The Memphis Grizzlies had their six-game winning streak snapped by the Oklahoma City Thunder, but they still held the Thunder’s top 5 offense well below their season average. Their streak of holding their opponent to below 100 points is now up to 11 games.

With Marc Gasol’s return anchoring the Memphis defense, the total for the Grit n’ Grind Grizzlies has now gone UNDER in 9 of their last 10 games. 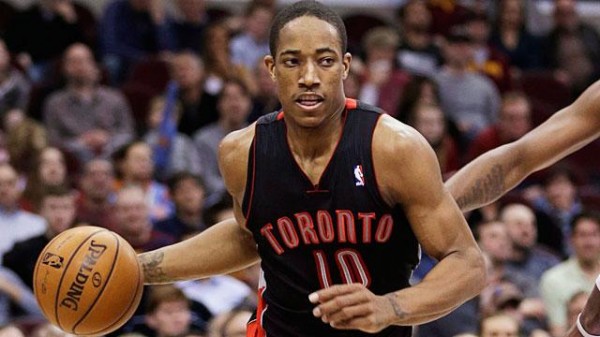 Led by All-Star DeMar DeRozan and Kyle Lowry, the Toronto Raptors have established themselves as leaders of the Atlantic Division. The Raps are 4-1 SU/5-0 ATS in their last 5 games, which has pushed them to a season-best 4 games above .500.

Toronto will play the two remaining games of a five-game Western road trip, which has been pretty good so far. The Raptors are 5-0 ATS in their last five road games.

The Phoenix Suns continue to astound with a recent 5-1 SU & ATS run in their last 6 games to climb up to 6th place in the Western Conference. The Suns can potentially climb even higher when they face teams directly above (Rockets) and below (Golden State) them in the standings this week.

Rejoice! After four long years, the Washington Wizards are finally back above .500. Washington is an impressive 5-1 ATS in its last 6 games, including 4 covers on the bounce. The Wiz are coming off enormous back-to-back wins as home underdogs against Western leaders Oklahoma City and Portland.