The two premier scorers in the league were mainly responsible for their teams’ inclusion in this week’s rankings. The return of a pivotal big man has seen the Grizzlies soar up the standings, while a couple other teams out west did good on their travels.

There’s no prize if you guess who’s mainly responsible for the Oklahoma City Thunder’s current eight-game winning streak. Kevin Durant is doing everything humanly possible for the Thunder to win. Have a look at Durant’s January: 37-6-6, 54% from the field and 41% on threes.

[sc:NBA240banner ]The only blemish on the Thunder’s ATS record over that span came in their recent two-point victory over the Hawks. Of course, Durant nailed the game-winning shot.

The Memphis Grizzlies sure are glad Marc Gasol is back. In the seven games since the Spanish center’s return to the line-up, Memphis has gone 6-1 SU and is back in the playoff mix out west.

The Grizzlies have yet to allow 100 points to an opponent with the reigning Defensive Player of the Year manning the middle. The total has gone under in each of the seven games he’s played.

Win or lose, the game will go over when the Knicks are involved. During New York’s five-game losing streak, the over was 4-1. During their current three-game winning streak, the over is a perfect 3-0, making the over 7-1 in their last 8 games. Carmelo Anthony has been his usual scintillating self, scoring 31 PPG in that stretch. 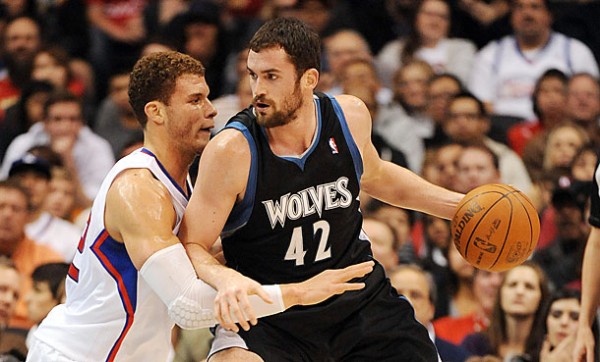 The Minnesota Timberwolves came away from their recent four-game road trip relatively unscathed. The Wolves posted some decent wins over the Warriors and Bulls as they improved to 4-1 SU and ATS in their last five games. First-time All-Star starter Kevin Love continues to be a double-double machine despite his month-long shooting slump.

The Los Angeles Clippers have found a cure for their road woes: a seven-game all-Eastern Conference road trip. The Clippers finished the trip 4-1 SU and ATS in the last five games with three straight wins over the Bulls, Raptors and Bucks to go above .500 on the road this season. All-Star Blake Griffin topped 20 points and shot better than 55% from the field in each of those five games.