And then there were two. Not only were the Denver Broncos and Carolina Panthers the best teams in their respective conferences during the regular season, they’ve also proven to be the best during the postseason. The two No. 1 seeds will now meet in Santa Clara for Super Bowl 50 after winning their conference championships in impressive fashion.

Cam Newton and his Panthers have lost just once all season, and steamrolled their way through the NFC playoffs. But they will be put to the ultimate test against the Broncos and their elite defense, which has stopped just about every offense it has come across this season.

Get a comprehensive breakdown of the biggest game of the year with our preview below. Meanwhile, click here for more Super Bowl 50 coverage as the big game nears.

The Carolina Panthers learned from their mistakes. After seemingly taking their foot off the gas in the second half and allowing the Seahawks to come back into their NFC Divisional game, the Panthers put their foot right in the poor Cardinals’ throat in a merciless 49-15 win.

Apart from a badly-thrown interception, Cam Newton came up with another huge game. He threw for 335 yards and two touchdowns, and ran for two more to lead his team to victory.

The Panthers, who led the league in scoring during the regular season at 31.3 points per game, put up a whopping 80 points in just six quarters against the Seahawks and Cards, the No. 3 and No. 4 defenses per DVOA this season. Pretty impressive stuff.

Of course, 14 of those points came from two Luke Kuechly pick-sixes. Turnovers have been the name of the game for the Panthers all year. The Carolina D led the league with 39 turnovers forced and has added nine more this postseason, with seven coming against the Cards alone.

Manning’s turnover problems this season have been well-documented; he finished second in the NFL with 17 INTs in just 10 games. The Broncos’ offensive line will have trouble blocking the Panthers’ impressive front, which should be able to put Manning under a ton of pressure. That, in turn, should also increase the chances of the Panthers residing in “Thieves Ave.” to pounce on any Manning miscues.

Newton, though, is still the X-factor in this matchup. The likely NFL MVP took his game as a passer to another level this season, and he can fearlessly stay in the pocket amidst the Broncos pressure. Meanwhile, his ability to pull off big plays with his legs will be a new wrinkle the Denver D will have to account for.

With Newton, a solid running game (148 yards per game and five total touchdowns in their two playoff games) and a play-making, touchdown-scoring defense, the Panthers just have more weapons at their disposal to beat the Broncos.

Create a betting account now and don’t miss out on all the action from the biggest sporting event of the year: Super Bowl 50. 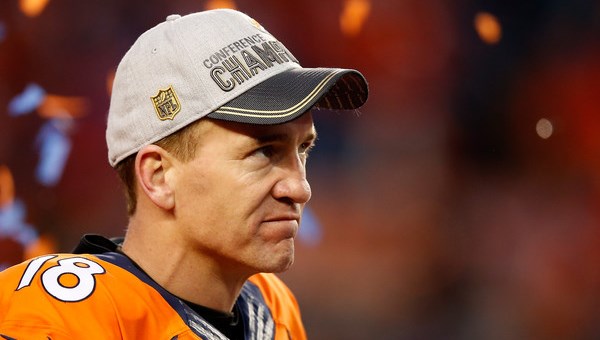 Defense wins championships, and Denver’s D has the team just one win away from that coveted Super Bowl.

The Broncos delivered an absolute master class on that side of the ball against Tom Brady and the New England Patriots. Defensive coordinator Wade Phillips devised a picture-perfect gameplan that thoroughly stumped the great Tom Brady. They were able to sack Brady four times and hit him 23 times – the most any NFL quarterback has been hit in any game this season.

Von Miller, DeMarcus Ware, Malik Jackson and co. were virtually unblockable, and there’s no reason to think they can’t do the same against Carolina. Fueled by that terrific pass rush and above average secondary, the Broncos have been the best defense by a wide margin this year.

There’s no doubting the defense’s ability to dominate a game; however, there are still more than a few question marks about the offense. Peyton Manning (17-of-32, 176 yards vs. New England) is basically a game manager at this point. Meanwhile, the running game, which could only muster 99 yards on 30 carries against the Pats, will have problems moving the ball against a very good Panthers front.

The Broncos have scored just 30 points twice all season, and have played 13 games decided by seven points or less. Their margin for error is extremely thin, and if they fall behind big against the Panthers, Manning probably can’t throw them back to contention.

However, Manning showed with his two touchdowns against the Pats that he still has a couple more big plays left in his tank. He’ll also be working with an extra week’s rest, which could make a big difference.

When it comes down to it, the Denver defense has all the potential to take control of the game and put Manning in a position to win. But if either side of that equation falters, the Broncos would be lucky to avoid getting blown out, much less get the win.