It’s the Battle of Ohio: Round 2 when the Cincinnati Bengals roll into town in FirstEnergy Stadium. Will there really be any contest when the AFC North-leading Bengals take on the division’s cellar dwellers, the Cleveland Browns? Nevertheless, the Browns will be desperate to get themselves up for this game as they’re playing at home against a fierce division rival. Can the Browns pull off the unlikely upset? Read on as we break down this game.

Catch some of the big divisional games heading in Week 13 with our complete previews for Cowboys vs. Redskins and Panthers vs. Saints.

Betting on the Cincinnati Bengals (9-2)

Three touchdown passes from Andy Dalton put an end to the Cincinnati Bengals’ brief two-game losing streak. Dalton connected with wide receiver A.J. Green twice, while tight end Tyler Eifert hauled in the other to spur the Bengals to a 31-7 home win over the St. Louis Rams. The Bengals now make a short trip to Cleveland, where they meet the Browns in the Battle of Ohio.

[sc:NFL240banner ]Dalton will fancy his chances of torching a Browns secondary, which allowed 265.2 yards per game and 23 total passing touchdowns this season. He already burned the Browns earlier this season, passing for 234 yards and three touchdowns to Eifert. But the Cincinnati tight end suffered a stinger in his neck in Week 12, making his status for this game up in the air.

If Eifert can’t suit up, Marvin Jones could have some more targets coming his way. Jones led with a game-high 78 yards receiving in the first matchup. Jones and A.J. Green should be a solid tandem in the receiving corps. Meanwhile, the Bengals running game should also thrive against Cleveland. Giovani Bernard had 72 yards on 13 carries against the Browns earlier in the season, while Jeremy Hill had 52 yards on 15 carries.

Defensive end Carlos Dunlap also had a big game against Cleveland on the other side of the ball. He had two sacks against Cleveland quarterback Johnny Manziel. Dunlap has 8.5 sacks this season, but is coming off back-to-back games in which he did not record a sack. He faces a very favorable matchup against the Browns, who have allowed the most sacks in the league this season (38).

The Bengals are a perfect 5-0 ATS on the road this season.

Betting on the Cleveland Browns (2-9) 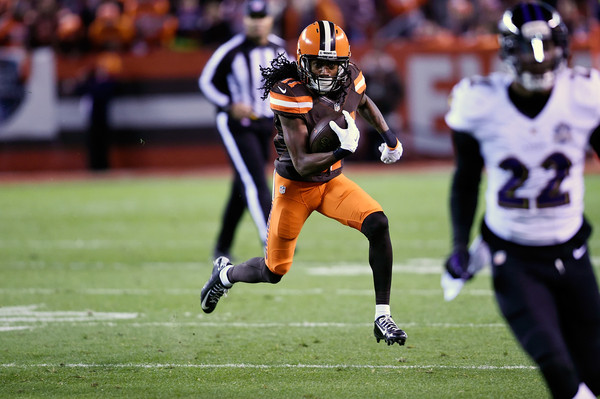 The Cleveland Browns lost in the most Browns way possible, having their potential game-winning field goal blocked and returned for a Ravens touchdown in a 33-27 defeat Monday night. What’s even worse is the injury suffered by starter Josh McCown (right collarbone), which could end his season.

With McCown injured, the Browns announced they’ll be starting Austin Davis this week. Davis was solid in relief of McCown, completing 7 of 10 passes for 77 yards and the tying touchdown to wide receiver Travis Benjamin against Baltimore. But he also had a costly blunder, failing to step out of bounds to stop the time in the fourth quarter on a seven yard scramble with 18 seconds left. The Browns were forced to use a time out.

Manziel has been demoted to third-string after a video of him partying drunk in Texas during the team’s bye in Week 11 surfaced. He passed for a career-high 372 yards and a touchdown in Week 10 against Pittsburgh before being benched. Of course, now with the injury to McCown though, he’s found his way back up to clipboard duties.

Davis will have a pair of quality of targets to look for. Tight end Gary Barnidge had a game-high 91 yards against the Ravens on Monday night, while Benjamin finished with 90 yards and a score. They’ll be going up against a Cincinnati passing defense which ranks in the middle of the league, allowing 243.5 yards per game.

Getting the passing game going should help the Browns mask a paltry rushing offense which has failed to top 82 yards in five straight games. The Browns’ rushing woes won’t figure to end against Cincinnati. Running back Isaiah Crowell only had 38 yards on 10 carries in the first matchup, while Duke Johnson had no gain on three carries.

The Browns are 4-2 ATS in their last six against Cincinnati.

The Bengals blow out Cleveland. Create a betting account now and cash in on some of the biggest rivalries in the NFL.