This is going to be so much fun. Hockey fans will definitely be tuning in later tonight as arch-rivals Detroit and Boston square off in a pivotal Eastern Conference matchup. Only two points separate the two sides in the Atlantic Division and with playoff qualification at stake in this match, expect both squads to lay it all on the line at TD Garden.

Who will emerge victorious in this critical showdown? Read on below for an in-depth breakdown of this much-anticipated clash and while you’re at it, you can check out our preview of the game between the New York Rangers and New York Islanders.

The Detroit Red Wings extended their winning streak to three games with a resounding 3-0 victory over the Philadelphia Flyers on Wednesday night. It was a huge victory for the Red Wings who moved two points clear of the Boston Bruins for third place in the Atlantic Division standings.

They will look to stretch that advantage even further when they face the aforementioned Bruins tonight. For the Red Wings to extend their winning run against the Bruins tonight, they will need to continue their excellent play on the defensive end. They have conceded just four goals over their last three games.

The onus then is on goalie Jimmy Howard to continue holding the fort for the Red Wings. Howard made 30 saves in the win against Philadelphia, earning his first shutout victory since October 9, 2015 against the Toronto Maple Leafs. He’s now won three games in a row, and hasn’t given up more than two goals in his last five appearances. Howard will need to be at his best, though, against a Boston offense that has excelled against Detroit of late. The Bruins have scored at least three goals in each of their last seven meetings with the Red Wings. 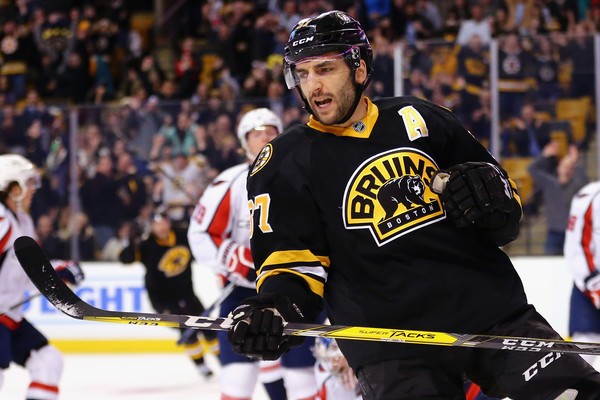 Boston’s playoff hopes took a huge hit on Tuesday as the Bruins suffered a gut-wrenching 2-1 overtime loss to the Carolina Hurricanes at TD Garden. It was a disappointing result for the Bruins who are now tied with the Philadelphia Flyers for the final wild card spot in the Eastern Conference. The reeling Bruins have now lost eight of their last 10 outings.

They will look to get their season back on track when they face the Detroit Red Wings tonight. The Bruins will fancy their chances of doing just that as they have fared extremely well against the Red Wings at home of late. The Bruins have won their last five meetings with the Red Wings at TD Garden.

For the Bruins to return to winning ways tonight, they will need to improve on their play on the offensive end. They have scored an average of just 2.6 goals over their last 10 games, way below their 2.9 goal-per-game average this season. It won’t get any easier for them, however, against the Red Wings who have conceded just 12 goals over their last seven games. Detroit is 6-1 during that span.

Expected to carry the scoring load for the Bruins tonight is center Patrice Bergeron. He has scored a team-best 67 points in 78 games played for Boston this season. He failed to find the scoresheet in Boston’s overtime loss to Carolina on Tuesday.