After being the second team in MLB to reach 60 wins yesterday, the Los Angeles Angels will look to stay hot on the heels of the pace-setting Oakland Athletics by taking care of business at home against the AL Central-leading Detroit Tigers.

Miguel Cabrera vs. Mike Trout is the big star showdown, but the outcome of today’s encounter may come down to the equally exciting pitching matchup between Detroit’s Cy Young winner Max Scherzer and the Angels’ Garrett Richards, who’s been outstanding this year.

For more on today’s great baseball action, check out our daily MLB Free Picks article, and read on for more on this titanic AL battle.

Where: Angel Stadium of Anaheim, California

Betting on the Detroit Tigers

The Tigers’ bats finally broke out of their mini offensive slump to begin the second half of the season. After scoring just seven runs in their first three games against the Cleveland Indians, the Tigers have upped their tally to 24 in their last four, including an 11-run explosion in Arizona against the Diamondbacks yesterday.

[sc:MLB240banner ]Reigning two-time MVP Miguel Cabrera has been in the middle of that recent resurgence. He went a sizzling 6-for-12 in the three-game series against Arizona, with five RBIs.

Cabrera should have more opportunities to drive in more runs against the Angels, especially if Austin Jackson continues to reach base at his current rate. Jackson has had two or more hits in 10 out of his last 12 games, including his current stretch of six consecutive multi-hit games.

Max Scherzer, who starts tonight, shouldn’t need too much run support the way he’s been pitching. Since his horrendous outing last June 17 where he surrendered 10 runs, he has given up two runs or less in his last five starts. The reigning Cy Young needs to be at his sparkling best if the Tigers are to end their poor run in Angels Stadium. Detroit is 0-6 in its last six visits to Anaheim.

Create a betting account today and begin your own winning streak wagering on MLB’s sizzling action.

Betting on the Los Angeles Angels 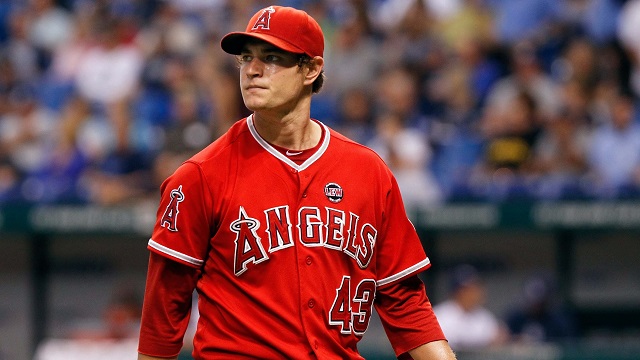 The Los Angeles Angels snapped their rare losing skid at two games when they defeated the Baltimore Orioles last night to prevent an event rarer three-game series sweep. Jered Weaver gave the team just what it needed with eight solid innings while surrendering just two runs to get the win, while newly-acquired closer Houston Street sealed the victory with his first save.

The Angels should expect another strong pitching outing when their standout pitcher this season, Garrett Richards, takes to the mound tonight. In his last nine starts, Richards has pitched seven-plus innings in seven games, while allowing just nine runs in total.

The Angels are 8-1 in those nine starts, but Richards shouldn’t be at fault for that one loss, which came in his most recent start last July 19 against the Mariners. Richards went eight innings and gave up just one earned run, but was a no decision as the Halos lost 3-2.

The last thing Richards wants is a repeat of his last start, but the league-leading Angels offense still hasn’t clicked into gear in the second half. They’ve scored more than three runs just once in their last six games.

The Angels bats snap out of their funk and tag Scherzer for a few runs. Take L.A. (-128) at home over the Tigers.