Wimbledon is just around the corner, and it is sure to have tennis fans glued to their seats. Who will emerge victorious at the All England Club this year? Read on below as we break down the favorites for the year’s third Grand Slam tournament. While you’re at it, you can check out our Confederations Cup previews of Russia vs. Portugal and Mexico vs. New Zealand.

The stage is set for a mouth-watering Men’s Singles tournament in this year’s Wimbledon Championships. Roger Federer and Rafael Nadal reasserted themselves as two of the world’s top tennis players, winning the Australian Open and French Open, respectively, earlier this year. Federer started the season like a house on fire, winning not only the Aussie Open but also the Indian Wells Masters and Miami Open. It will be interesting to see how the Swiss maestro’s decision to skip the entire clay-court season will affect his performance in Wimbledon next month. He is pegged at +250 to win a record eighth title at the All England Club.

Nadal, on the other hand, destroyed the opposition this past clay-court season, losing just once in 25 matches. Such was his dominance in this year’s French Open that he dropped only 35 games in his seven matches at Roland Garros. The question now is: can Nadal translate that excellent form to grass? The Spaniard has already proven in the past that he can succeed in this fast surface, beating Federer in a five-set thriller in the 2008 Wimbledon final. Nadal’s odds of winning a second Wimbledon crown this year are priced at +500.

Rounding out our list of favorites are Andy Murray and Novak Djokovic. It isn’t a complete surprise to see Murray as a +250 favorite considering he is the defending champion. Quite concerning, though, for bettors is Murray’s poor run of form. The world no. 1 just lost in the first round at Queen’s to unheralded Jordan Thompson so his success at the All England Club isn’t guaranteed. The same can be said as well about Djokovic who’s really struggling for form at the moment. The three-time Wimbledon champion went from holding all four majors at once as the all-conquering world No. 1 after the 2016 French Open to the fourth best player on the planet holding no Grand Slams just a year later. He is pegged at +450 to win a fourth Wimbledon title. 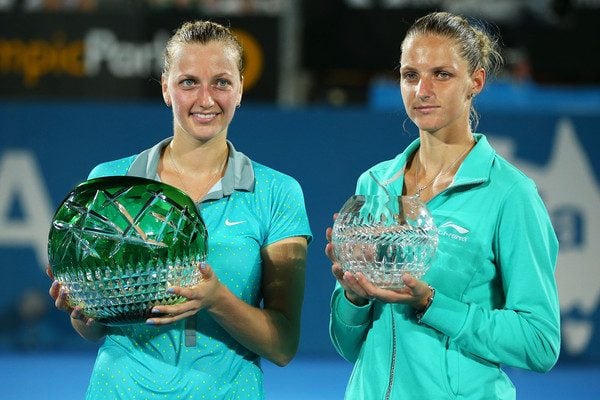 Without the pregnant Serena Williams, the Wimbledon women’s draw is definitely wide open this year. Karolina Pliskova is the current bookies’ favorite to win with odds of +450. She surpassed expectations at Roland Garros earlier this month, reaching the semifinals in her least favorite surface. Pliskova’s game is much more suited to grass so we can expect a deep Wimbledon run from the Czech superstar. Siding with Pliskova carries some risk, though, with the Czech star currently nursing an elbow injury. That ailment forced her to withdraw from this week’s event in Birmingham.

If you have some apprehensions with the Pliskova pick, then you can put your money on two-time Wimbledon champion Petra Kvitova. The 27-year-old made a dramatic return to the tour at the French Open, playing just five months after she was severely injured by a knife-wielding intruder at her apartment. Kvitova’s back in her element with the grass season underway, beating compatriot Tereza Smitkova in the second round of the Aegon Classic. She’s pegged at +650 to win a third Wimbledon crown this year.

Federer (+250) and Kvitova (+650) add to their trophy collection with victories at the 2017 Wimbledon Championships.

Create a betting account now and put your Wimbledon predictions to the test!