We are about to usher in a new era in College Football as a four-team playoff system replaces the system that everyone loves to hate in the BCS. In the meantime, the offseason has had its usual complement of quarterback changes, coaching shifts, and conference moves, so there’s lots to take in as the college schedule creeps closer and closer.

With that in mind, it’s a good time of the year to check out what the experts are thinking. Read on for our breakdown of how college football experts have picked the conferences and the first-ever College Football Playoffs, and don’t miss our printable guide to the best games of the 2014-2015 college football season.

[sc:Other240banner ]College football writers Brett McMurphy and Mark Schlabach each came up with a comprehensive list of predictions of which teams will play in all post-spring bowl games. Same as anyone’s, the most intriguing bowl projections on their list are of the teams that will play in the Rose and Sugar bowl games, which make up the first two College Football Playoff games.

For McMurphy, the January game in Pasadena will still feel like a regular Rose Bowl, as it’s going to be a Big Ten-Pac-12 meet between the Ohio State Buckeyes and the Oregon Ducks. Schlabach, on the other hand, also projected Oregon to be there, but with different opponents in the Alabama Crimson Tide.

McMurphy sees the Buckeyes to come in strong again this season, possibly with another regular season sweep in the Big Ten. After all, Urban Meyer still has quarterback Braxton Miller and a defense which remains rock solid with All-Americans Joey Bosa and Michael Bennett. Schlabach obviously doesn’t buy any of that, and he would rather put his money on the Crimson Tide than Ohio State to make it to the CFP.

That means he’s confident that QB Jacob Coker will handle the reins just as well as AJ McCarron. Or maybe Schlabach’s confidence on Alabama comes from a solid top-to-bottom roster and Nick Saban’s ability to make something out of a lower-tier quarterback.

Schlabach doesn’t even see the Buckeyes in the Sugar Bowl, opting to predict a Florida State Seminoles-Michigan State Spartans showdown at the Mercedes-Benz Superdome. Meanwhile, McMurphy has a rematch of the Alabama and the Oklahoma Sooners in the Sugar Bowl.

CBS has always been one of the forefront names in college football. Composing CBS’ Eye on College Football staff are Jon Solomon, Dennis Dodd, Jeremy Fowler, Jerry Palm, Tom Fornelli, Jerry Hinnen and Chip Patterson, and these heavyweight commentators have weighed in on the upcoming season in some interesting ways.

*number of votes in parentheses

The defending champions have experience, a top-rated defense, and reigning Heisman Trophy-winner Jameis Winston behind center. There wasn’t much debate among the panelists as all seven of them unanimously voted not only for the Seminoles to have the best record in the ACC, but also to win the conference championship over whichever team can win out of the hard scrabble Coastal division.

As of this writing, Braxton Miller is hurt and may miss the rest of the season due to injury, meaning the predictions above should be taken with a grain of salt. That means Dodd and Fowler – the only guys who voted a team other than Ohio State to win the conference – could see the odds of their picks rise. Dodd went for the defending Big 10 titlist Michigan State, while Fowler pinned his prediction on the Nebraska Cornhuskers. 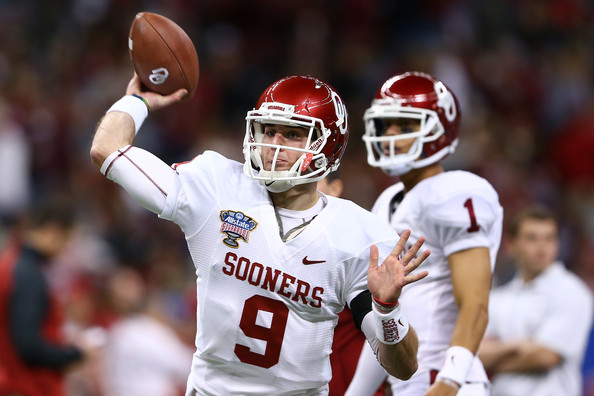 The spotlight will shine brighter on the Sooners, who are in the Top 5 of the consensus preseason rankings. With dual threat Trevor Knight as the team’s quarterback, and a defense that no one in the conference can match, the Sooners are favored by the CBS’ experts to set the best record in Big 12. Baylor will always have the best offense in the conference, but a suspect defense could explain why only Fowler and Hinnen voted for the Bears.

Marcus Mariota’s decision to come back to Oregon for one more year means the Ducks will be a contender on the national stage, let alone in the Pac-12 conference. The CBS experts’ couldn’t agree more that it’s a tremendous boost for the Ducks, with five picking Oregon to win the conference

After falling flat on their faces last season, the Crimson Tide are out to reclaim their throne in the SEC. QB Jacob Coker has a tough act to follow, inheriting the quarterbacking chores left by A.J. McCarron, but leave it to Nick Saban to coax the transferee into having a great season. Alabama remains as the fave to win the SEC with a +140 price, and it reflects on the experts’ four votes for the Crimson Tide against one each for South Carolina, Auburn, and Georgia.