The New York Giants won two Super Bowl titles in the last seven seasons, including the monumental win in Super Bowl XLII. That match and more are included in our list of games Giants fan will never forget.

Beating the Giants was supposed to be the icing on the cake for what could have been a historic 19-0 perfect season for the New England Patriots. Instead, Eli Manning made sure that history would remember the Giants.

The miracle started to unfold with the game’s most iconic moment. The Giants were trailing 10-14 with only 1:15 remaining on the clock. Starting from New York’s 44-yard line, Eli Manning escaped the Patriots pass rush and threw a prayer that was answered 32 yards later when David Tyree caught and pinned the football on his helmet.

The play kept the Giants’ drive alive and from there, Manning continued his assault on New England’s defense. Plaxico Burress secured the lead with a touchdown late in the game. An extra-point later, the Giants were ahead 17-14: the final score of one of the most improbable triumphs in Super Bowl history.

In this game, millions of Giants fans were treated to the Phil Simms show. Simms pulled the Giants from a 10-9 deficit to a comfortable 33-10 lead in the fourth quarter. His numbers in that game were incredible. Simms completed 22 of 25 pass attempts for 268 yards and three touchdowns—enough to douse the fire in the Denver Broncos’ fight and win him Super Bowl MVP.

Any retelling of the game wouldn’t be complete without the mention of Lawrence Taylor and the rest of the Big Blue Wrecking Crew, who bludgeoned the John Elway-led Denver offense. 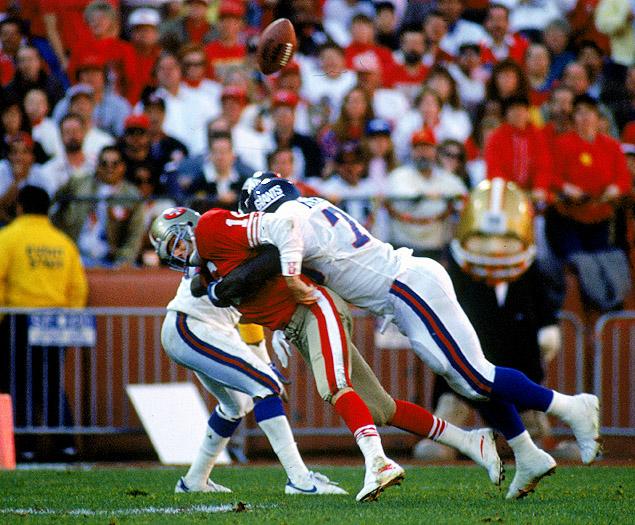 Going into the game, the Giants were the underdogs going up against the San Francisco 49ers, who were seeking their third straight Super Bowl title. Unfortunately for them, the Giants knew a thing or two about winning a playoff game entirely on field goals.

With 2:36 left in the game and San Francisco leading 13-12, 49ers running back Roger Craig fumbled a ball that was recovered by the Giants. A few plays later, the Giants were watching that same football sail between the uprights on a Matt Bahr 42-yard field goal as time expired. It was Bahr’s fifth field goal of the game.

He was the only scorer for the Giants, making this game even more memorable. 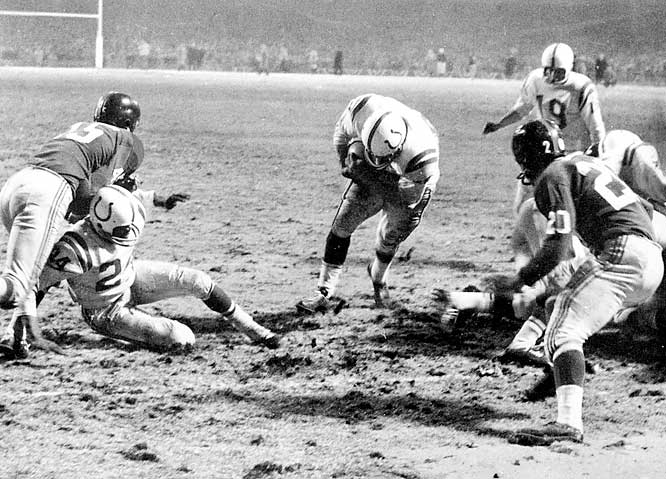 When you have 17 future Hall of Famers battling tooth and nail on national television for the championship in a game dubbed as “The Greatest Game Ever Played,” does it even matter who won the match?

The NFL title was within grasp of the Giants who had a precarious 17-14 lead with 1:56 left in the game. With the ball in possession of the Colts on their 14-yard line, Johnny Unitas spearheaded Indianapolis’ drive, leading to Steve Myhra’s game-tying field goal at the end of regulation. The Colts won the game in extra time, 23-17. 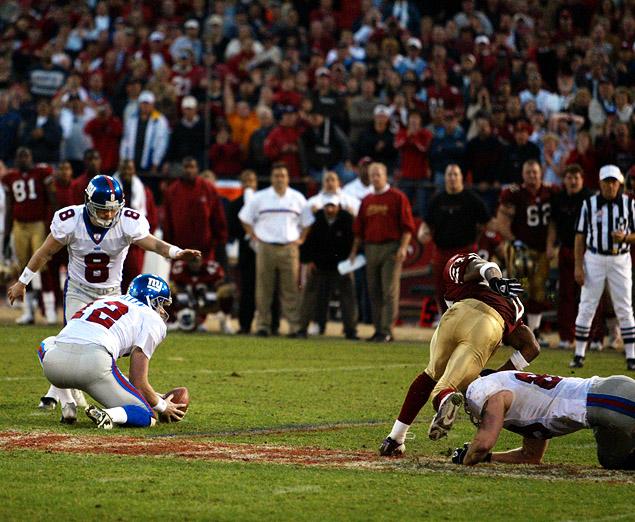 Giants fans still have a tough time erasing this nightmare from their memory.

In the 2002 NFC wild card playoff game, the Giants were on the wrong end of history when the San Francisco 49ers came back from a 24-point deficit to win the game. It was the second-biggest comeback in NFL playoff history.

Despite all the confounding errors by the Giants that lead to this colossal choke job, long-snapper Trey Junkin will share with no one the crucifix Giants fans have built for him. Junkin incurred their wrath after he muffed a crucial snap that could’ve prevented the heartbreaking 39-38 loss to the 49ers.

Throughout their lengthy history, the New York Giants have taken part in a number of memorable wins and defeats. Will the upcoming 2013 season be a memorable one for the Giants?

Tune in to Top Bet sports to stay updated on odds during the course of the New York Giants season. Check out the futures odds for the Giants to win the NFC East, NFC, and the Super Bowl this coming 2013 season in our sportsbook.