The Florida Panthers are on freaking fire! With the help of a couple ageless wonders, the Panthers have won an incredible nine-straight games and have shot up to the top of the Atlantic Division. The Panthers’ bid to take their streak to double-digits will take them to Buffalo, where the bottom-dwelling Sabres will look to end their recent losing skid.

Read on for our preview of this Atlantic Division matchup. Meanwhile, check out more Monday night hockey action with our previews of the Blackhawks vs. Penguins and Stars vs. Rangers.

The fountain of youth is for real, and the Florida Panthers have found it. How else would anyone explain how 43-year-old Jaromir Jagr and 36-year-old goalie Roberto Luongo are still leading the Panthers to such great heights despite their advanced ages?

Luongo has looked like a legit Vezina candidate so far this season, and has been one of the biggest reasons for Florida’s league-best 2.2 GAA. Luongo’s personal 2.09 GAA is currently third among goalies with over 30 starts, while his .929 save percentage is second.

Luongo has started all but two of the Panthers’ nine wins during the streak, and has had as many shutouts as games where he’s given up more than one goal (two).

Meanwhile, Jagr just continues to amaze. He scored both of the Panthers’ goals in their most recent 2-1 win over the Minnesota Wild on Sunday. He now has 13 goals and 28 points in 36 games this season, both of which lead the team.

Luongo had the night off against the Wild, and should be back between the posts against Buffalo. He has been excellent against the Sabres in his career, going 8-2 overall and 6-1 with the Panthers. 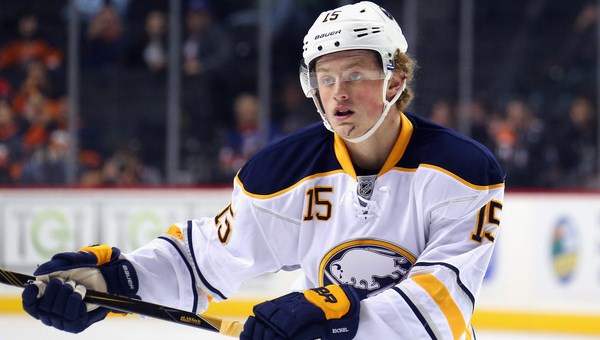 It’s been a disastrous last month or so for the Buffalo Sabres. Since the start of December, the Sabres have gone just 5-8-2 over the last 15 games. Their 4-3 loss to Detroit on Saturday was their fourth in a row.

The team’s most pressing issue throughout the season has been its sheer inability to put the puck in the net. They are scoring just 2.3 goals per game (28th in the league).

Rookie sensation Jack Eichel has been heating up with multi-point games in three of his last five games, including a career-high four points in their last win against Boston on Dec. 26 and two goals against Detroit. However, he just isn’t getting nearly enough help from the team’s other forwards.

With Johnson getting the start (and struggling) against Detroit, Ullmark should be back in goal against Florida. As mentioned earlier, the Sabres have a shoddy record against the Panthers in recent meetings, but Ullmark was in goal for a rare win against Florida in their first matchup this season back in November.