The Chicago Blackhawks aren’t playing with the dominance expected of them as the defending Stanley Cup champions. Chicago takes an even bigger hit with one of their vital players placed on long-term injured reserve. The Blackhawks welcome a very tough Florida Panthers team on the rise this season.

Can the Panthers spring a surprise to drag the Blackhawks down to earth? Read on as we take a look at one of tonight’s hot hockey action. You can also check out our complete previews for the Coyotes vs. Rangers and Stars vs. Penguins for more of tonight’s adrenaline-thumping NHL games.

The Florida Panthers won three of their first four games this season, but have dropped back-to-back games heading into this matchup. Most recently, the Panthers managed to salvage a point in a 3-2 overtime loss at Pittsburgh on Tuesday.

[sc:NHL240 ]The top line has been beastly for the Panthers. Jaromir Jagr and Alexander Barkov have combined for seven goals and 13 points, while Jonathan Huberdeau has two assists. But Florida remains hit or miss; it has scored 14 goals in wins and just four in losses.

While Jagr and the top line are dominating the scoring, it doesn’t necessarily mean that the rest of the Panthers are playing bad. Right winger Reilly Smith has four points this season, while Brandon Pirri has been a solid playmaker with three assists. Sophomore defenseman Aaron Ekblad has been pretty solid as well with two points and a plus/minus of two thus far.

Florida will benefit greatly of starting goaltender Roberto Luongo can snap his four-game losing streak against Chicago with a 2.49 GAA and a .925 save percentage. He’s been pretty solid thus far going 2-2-1 with a 2.01 GAA and .941 save percentage in the current campaign.

Luongo has lost four of his last five starts away from home. 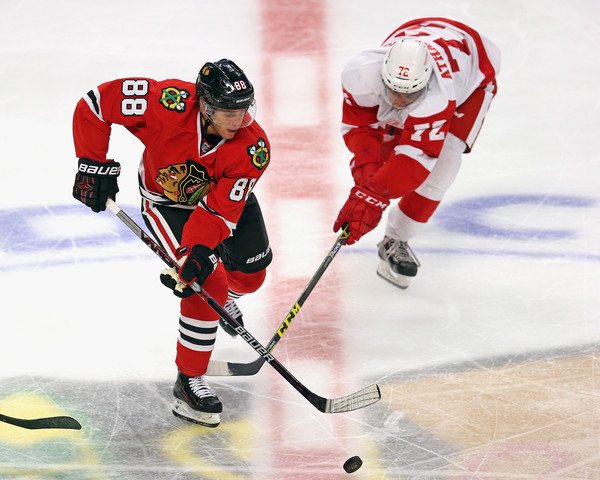 Without Keith, Brent Seabrook and Niklas Hjalmarsson remain as the Blackhawks’ longstanding blue liners. Missing Keith will also be a big hit for Chicago’s defense which has struggled to gain some steam in its title defense campaign.

While Crawford should be solid between the pipes, Patrick Kane should lead Chicago’s offense. He has now scored a team-high four goals and also leads the team with seven points. Kane has 14 points (five goals and nine assists) and a plus/minus of nine in 11 career matchups against Florida. He should get some support from left winger Artemi Panarin, who’s been a solid playmaker with a team-high five assists this season.

The Blackhawks have won four of their last five at United Center. The total has gone under in all four of those games.

Chicago misses Keith’s production as it suffers a 2-1 loss at the hands of the Panthers (+155). Create a betting account now and liven up your night with some hockey action.