Kentucky’s perfect season is still alive after crushing the Auburn Tigers by 35 points in a lopsided SEC showdown Saturday. The Wildcats will put their unbeaten 27-0 record on the line when they take on the Mississippi State Bulldogs who are coming off a gut-wrenching defeat to the Arkansas Razorbacks.

Can the Wildcats keep their streak intact? Or will the Bulldogs stage a major upset? Read on below for a preview of this matchup and while you’re at it, you can check out our preview of the game between No. 2 Virginia and Wake Forest here.

Kentucky stormed to its 27th-consecutive victory with a comprehensive 110-75 victory over the Auburn Tigers on Saturday night. It has been an incredible run for the Wildcats who matched the program’s longest winning streak set by the 1995-96 squad. That team went on to win its sixth NCAA title.

[sc:NCAAB240banner ]With the way this team is playing right now, it isn’t far-fetched to think that this current Kentucky squad will also end up as national champions when all is said and done. The Wildcats were simply unstoppable against the Tigers with six players scoring in double figures. Their 110-point tally is their highest scoring output in 13 years.

Karl-Anthony Towns led all scorers with 19 points while Aaron Harrison followed closely behind with 18 markers of his own. The Wildcats were lights out from the field, shooting a season-high 65 percent. The Wildcats were dominant inside the paint, outscoring the Tigers, 62-24, inside the shaded area. Kentucky also won the rebounding battle (44-22) and issued a season-high 25 assists.

To emphasize Kentucky’s dominance this past week, they have outscored their opponents by an average of 29 points. They trounced South Carolina, Tennessee and Auburn by 35, 18 and 34 points, respectively. They are 3-0 ATS during this stretch.

The Wildcats will fancy their chances of making history this coming Wednesday as they are unbeaten in their last seven games with the Mississippi State Bulldogs. For the Wildcats to achieve this feat, they will need to exploit their size advantage against the Bulldogs at the low block.

Kentucky shot 81.6 percent inside the paint against Auburn as Towns and Dakari Johnson wreaked havoc underneath the basket. With their offense clicking right now, expect Wildcats head coach John Calipari to continue with that strategy against the Bulldogs.

The Wildcats are 2-3 ATS in their last five games on the road.

Create a betting account now and cash in on all the NCAA college basketball action.

Betting on the Mississippi State Bulldogs 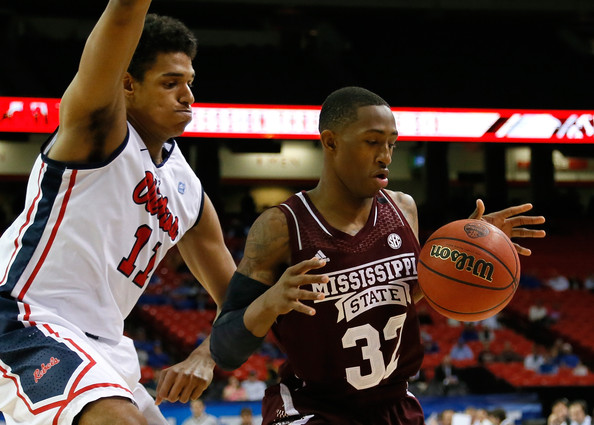 Mississippi State’s losing woes continued on Saturday after a stinging 65-61 defeat to 18th-ranked Arkansas. It was the Bulldogs’ fourth defeat in their last five games as they dropped down to 12-15 for the season and 5-9 in conference play.

For a while, though, it seemed like the Bulldogs were primed for an unlikely upset. The Bulldogs took advantage of the Razorbacks’ struggles from the field, grabbing a 33-32 advantage at the break. Unfortunately for Mississippi State, its field goal shooting suddenly went cold in the second half as the Bulldogs shot just 9 of 24 during that period.

Craig Sword made sure there won’t be a repeat of that humiliation. He led the Bulldogs with 15 points on 5-of-12 shooting. He also had four rebounds, five assists and three steals in a losing effort for the Bulldogs.

It won’t get any easier for the Bulldogs in their next game as standing in their way are the still undefeated Kentucky Wildcats. For the Bulldogs to pull off the gigantic upset, they will need to take good care of the basketball.

The Bulldogs committed a total of 23 turnovers in their last game against the Razorbacks. It has been a problem all season for Mississippi State with the Bulldogs averaging 15.1 miscues per game, 328th in the entire nation.

Protecting the basketball will be easier said than done, though, as the Wildcats are one of the best defensive teams in the nation today. The Wildcats are 13th in the turnover margin department with a +3.6 clip. Through 27 games this season, the Wildcats have forced a total of 399 turnovers.

With that being said, the Bulldogs will still be a tough nut to crack for the Wildcats. Mississippi State is 5-3 ATS in its last eight games with Kentucky dating back to 2009.

The Bulldogs are 2-3 ATS in their last five games at Humphrey Coliseum.